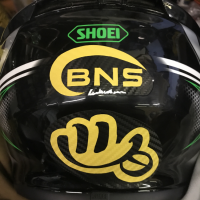 +1
Subscribe0
Moto blog
Bought it to be my drag bike for the 2017 season then decided to take the 2017 season off drag racing so I could focus on my rookie karting season so now I use it as a daily rider. Going to be making saddle bags for it soon.