The Robbery!
While camping in New South Wales last night, I got robbed again. Last time it was on the coast when some bastard stole my helmet, gloves, money and sunnies. This time we caught them in the act!
I was dead asleep when I woke up to Shea yelling. Shea had spooked him with the yell and he made a mad dash into camp, bounced off my swag, grabbed the first thing he could find and ran into the trees. We found him sitting in a tree near camp with my foam camping pad on the ground under him. He hissed at us and climbed away into the darkness. Dang possums. 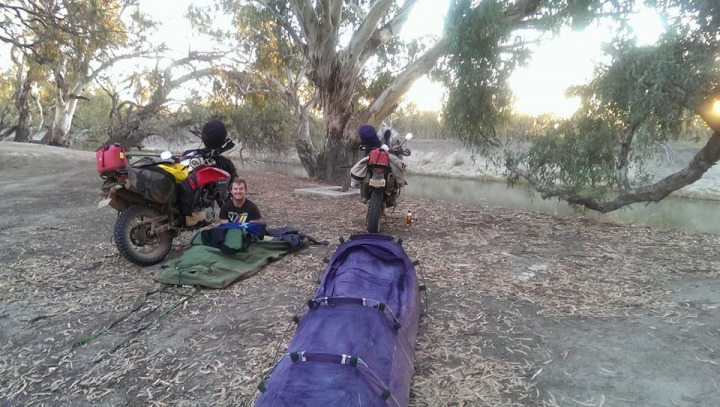 We followed the Darling River Northeast on old dirt roads that were used to cart the wool out of this area in the old days. It was a mixture of hard pack, gravel and sand that was pretty rough on the bikes. The frequent cattle guards made for an even bumpier ride and we hit a few that would unexpectedly send us airborne. We stopped at a little pub in the town of Tilpa, on my future father in laws recommendation, which was a basic little shack on the river with a lot of character. You could see this place getting wild back in the day. 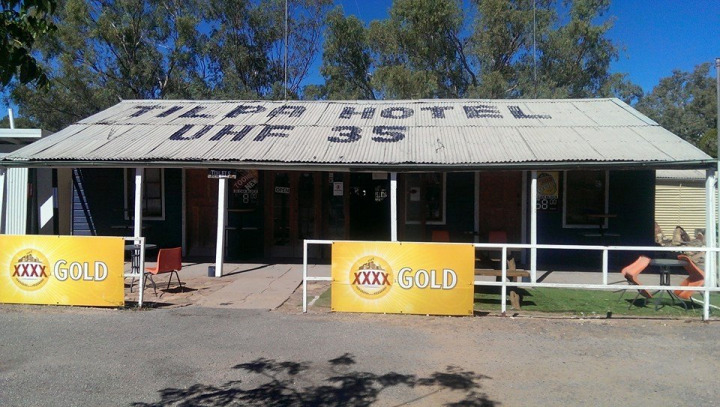 We reached the town of Louth with the plan of fuelling up and heading into Gundabooka National Park to camp for the night when we discovered that Shea's luggage rack had completely broken off the bike. We had a schooner of beer while we figured out a way to attach everything to the bike without a luggage rack. By the time we had finished the repairs, a second beer had found its way into our hands and we decided to take advantage of the pub/restaurant/camp ground. Some other adventurers were there as well so we played pool and the jukebox until we were tired and out of money. We camped on the edge of the river behind the pub so we had a short walk from the bar to the swag.
Milleage: 391 ml
Price: 0.00$
+9
Subscribe14
« Day 1 - Angaston to Tumby Bay - 675 kms Day 53 - Louth to Moree - 589km »
Comments
Please sign in. Comments can be posted only by registered users.