We jumped back into the hot springs in the morning just to be safe and then rode east. The terrain started to change from desert to grassy meadows and eventually a rainforest by the end of the day.

We were weaving through cows on old farm roads when we came across a racetrack out in the middle of nowhere. It looked like they used it as a rally course through the rolling green hills. I rode down to it with full intentions of doing a lap but found that cattle were grazing all over the course. I made one of my rare mature decisions and decided not to create a stampede in the middle of the paddock.

At our next stop we found that the Husky's chain was very loose and we had already tightened it twice. I looked all over the drivetrain trying to find a problem and came up empty handed. I managed to find a dirt bike shop open and after a very difficult and awkward phone conversation he confirmed they had the chain I needed. I thought things would be easier in person but the guy was just very difficult to talk to. Very nice and helpful I just couldn't manage a conversation with him for some reason. We put the spare chain in the saddle bag and then went searching for a campground. We found a nice spot on the river and decided to go back to town to get camping supplies(Food &Whiskey). As we were getting ready to pull out on the highway I saw a lady with her turn signal on who was going way too fast to turn into the campground. I hung back a ways as she locked up the brakes and slid straight across where I would have been sitting and into the dirt. This got me rethinking my choice of campgrounds with the closeness to town and sketch balls skidding into the area. We decided we would head into a national park and camp in the bush instead.

The sun was just going down as we were carving the turns on a twisty road through the Mann River rainforest. The first campground I inspected had us riding over logs and rocks to deeper and deeper grass. After struggling to turn around in the dense foliage we made our way back over the logs and rocks to the main road. I heard Shea and the Husky hit hard while trying to get over a log and later found the brake pedal bent up and the taillight permanently on. Back on the main road I spotted a creek and flat area in the near dark and we turned down the rough trail. We couldn't have found a better camp spot with a creek running through, a mini waterfall and a flat grassy area with a fire ring already set up. We had our dinner of cheese, cracker, tuna and whiskey and then built a fire the old fashion way with a knife and flint. Being a rainforest our wood and tinder were a bit wet and although we could light the grass with the flint we couldn't get the wood to catch. I siphoned a little fuel out and we had a fire roaring in no time.

We did a little exploring, found lots of spiders and I fell into the creek. I climbed into my swag smelling like a campfire and with one wet leg. 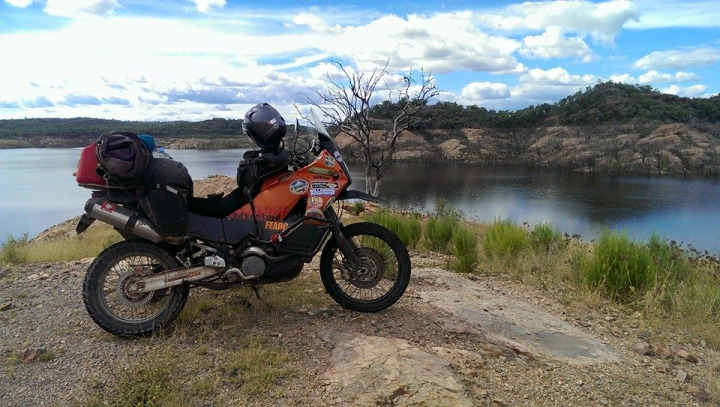 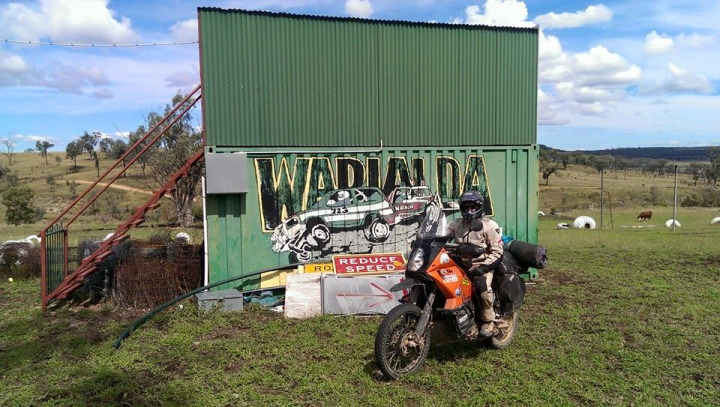 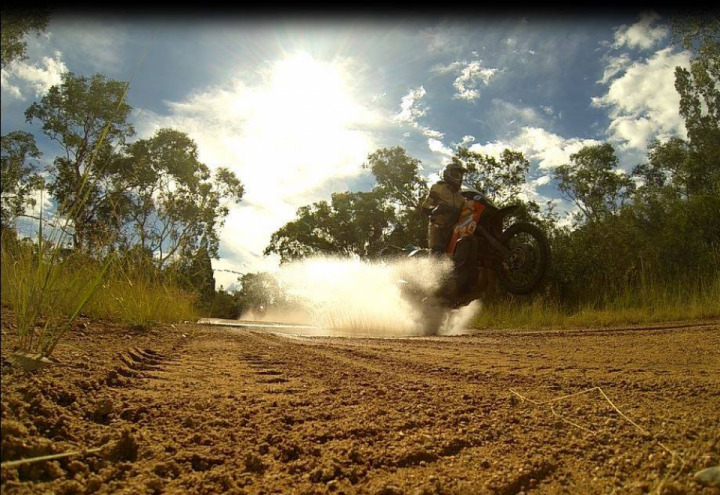 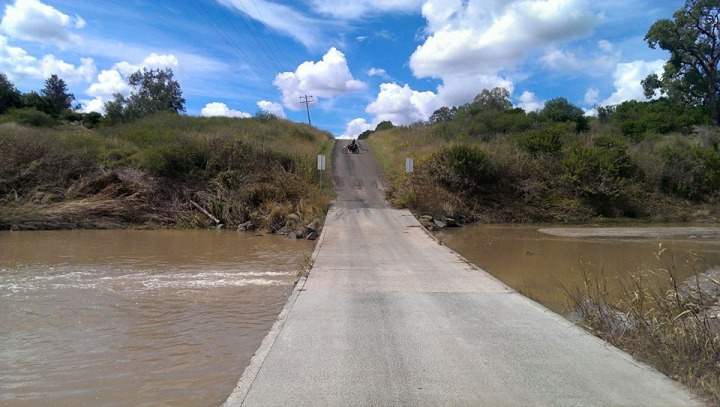 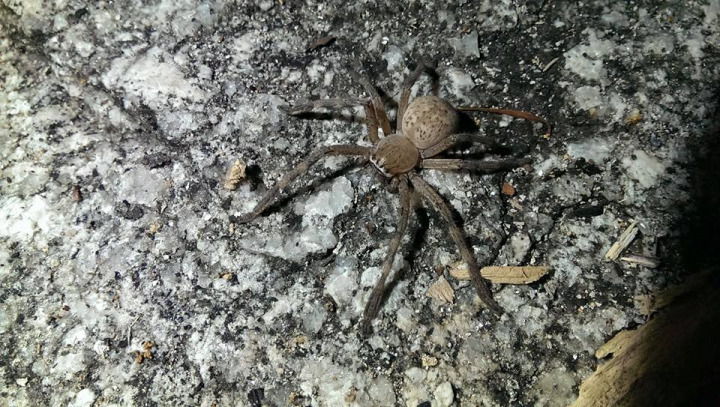