Review and purchase history of the Yamaha TT 600E

I first saw about this model in 2015, when I was looking for a motorcycle. Type I decided, it must be a cubature endure, so given the budget to $4000 the choice came down to the Kawasaki KLR, Yamaha XT 600, Suzuki DR or Honda XR L. After reading the article about Yamaha TT 600 R to this list were added TT 600 E. R version though pleased small weight, but have disappeared due to kick starter. 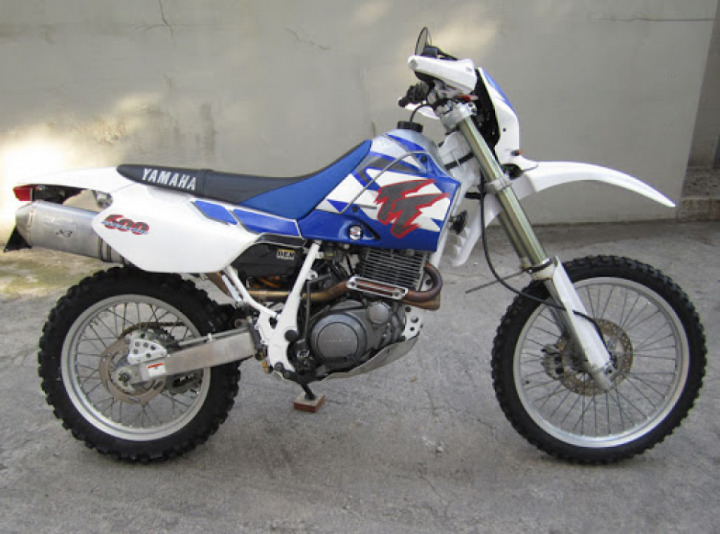 At that time, I wanted a Honda in the first place, but unfortunately the motorcycle is very rare and it is almost impossible to find it in PL in good condition.I put DR and TT in second place and XT and KLR in third place. XT I did not like the forks, KLR - weight and stories about its breakdowns.
Surprisingly, there was a Honda on sale, but the price was higher than what I could afford, and after searching the Internet I found that it was on this motorcycle that the frame had already been welded several times.After I got an ad for the sale of the TT 600 E, but there was a poor technical condition, not OEM turn signals, headlight and crooked tank from the TT 600 R. Apparently the motorcycle was bought for resale. After I went to watch the KLR 650 C, but there the bike was too low. And the С version is too heavy. As a result, I decided to order the TT 600 E in an office that delivers motorcycles from Italy. I can't say that I was 100% satisfied with the cooperation, but the bike I selected quickly turned out to be mine. 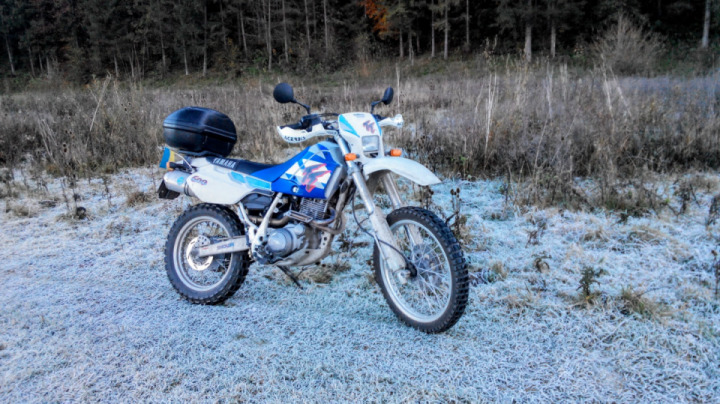 About the history of this model. In the ' 70s, Yamaha has released the first Enduro — XT 500. In 1975, a sports version was released, a year later — allowed for use on the roads. The motorcycle turned out to be successful and reliable so much that the first two victories at the Paris — Dakar rally in the moto class were won on the XT 500.

Apparently, in the wake of these successes, Yamaha released the TT500 in 1981 — essentially the same XT, but in factory tuning. A few years later, a version of the TT 600 appeared, which also performed well in rallies and desert races. In 1991, Yamaha released the T 600 S, an upgraded version of the old TT 600. The engine remained virtually unchanged, but the motorcycle received Brembo brakes at the front and rear, a Kayaba fork, and an Ohlins shock absorber. In 1994, a civilian version of the T 600 E was created, which received a simplified suspension, electric starter, and slightly sagged on the saddle. In production, the TT600E model lasted until 2003 (I'm not 100% sure here).

The bike was exactly what I needed at that time — absolutely universal. Approximately 155 kg after refueling, ~42 HP and ~50 NM of torque, which is available almost immediately (exact characteristics have not been found, vary from source to source). Allows you to safely go for ~300 kilometers to the neighboring region, and get out into the forest. Or combine both. Excellent suspension allows you to move on roads of any quality, for almost four years of operation, i did not have a problem.

First I went to the forest for a trial session with an instructor - I realized that the bike can be much more than me. I Decided to continue the lessons, which I never regretted. Rolling around in the mud ~155kg of course is still fun, but it is very often possible to get out of the mud with the help of the engine.

In the city, the power is quite enough, although of course you have to switch gears on a single-cylinder engine often. If we talk about the engine-for a long time I thought that it does not make much sense to turn it. But it turned out that there is no, in the upper range of the motor behaves significantly more cheerful, affects the sports past of the line. Up to 110 km the motorcycle is gaining quite cheerfully, up to 140-tolerable, and then if you have a long stretch of road and patience — you can see maximum of 160.

Of the breakdowns for 4 years of use, only the replacement of brushes on the starter and replacement of consumables. Rear turn signals suffer after falls. For a while I ordered the original ones, then I spat and just bought a pack of flexible Chinese ones — at the price of 4 Chinese ones, they are cheaper than the original one, and live even longer.

Short summary-T is a great universal motorcycle that can do everything-city, off road, and long ride. But, like all universal motorcycles, it loses to specialized bikes.
Price: 0.00$
+5
Subscribe0
Comments
Please sign in. Comments can be posted only by registered users.