At the moment, the website is only a demo version of the app, so some of the features are missing or unavailable. Install the app to access all features.
HomeNewsConceptsSupercharged Honda Africa Twin Revealed In Patent Filings

Honda may be working on a supercharged Honda Africa Twin which is said to be currently under development at the brand's R&D facility in Japan. Yes, that's right, a supercharged Honda Africa Twin! Latest documents filed with the Japanese Patent Office reveal detailed engineering patents going into several pages, which reveal in quite detail about the bike's innovations, including an engine-driven supercharger and dual injection system that uses both direct and indirect fuel injection to maximise performance and increase fuel efficiency, while reducing emissions. 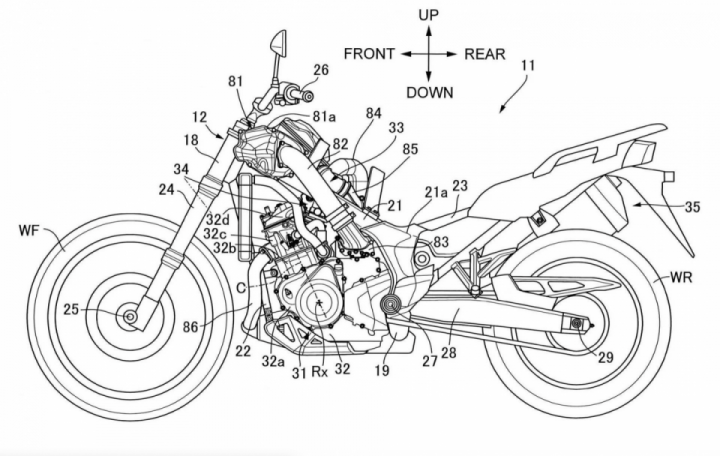 The supercharged engine is based on the existing Africa Twin's 1,084 cc, 101 bhp parallel-twin engine, but the addition of the supercharger is likely to change the engine's personality completely. The Africa Twin's 1,084 cc, parallel-twin features a Unicam design, with a single overhead camshaft operating four valves per cylinder. The system designed by Honda shows a twin-screw design, which moves a fixed amount of air with each rotation and geared from the crankshaft. And it gives the same amount of boost pressure delivered to the cylinders from idle all the way to high revs. This design makes for a flat torque curve, which is ideal for an adventure bike, rather than opting for a peak boost which centrifugal type superchargers like the one on the Kawasaki H2 uses. 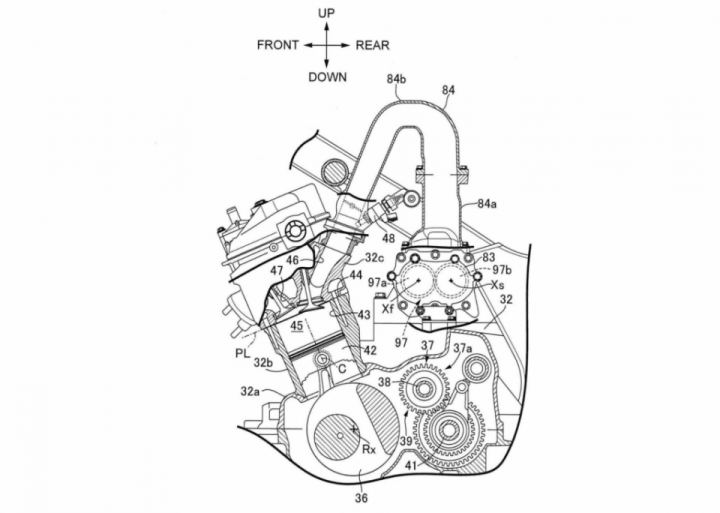 The patent images doesn't always mean that a supercharged Africa Twin is in the making and will be introduced anytime soon. In 2017, another set of patent filings revealed a Honda supercharged v-twin engine. Given the detailed images and explanations with the latest patent filings, it's an indication that Honda is fairly serious about forced induction technology for motorcycles. That's still not a sure shot sign that a supercharged engine will reach production anytime soon. But given the way the adventure market is evolving with more high-powered adventure bikes seeing the light of day, it's quite a possibility that at some point a supercharged Honda Africa Twin may indeed be introduced.

2
1 74
Comments
Please Log In or install the app. Comments can be posted only by registered users.