HomeNewsOthersThe Only Lyster Velocette In The World – Raced By Holly Varey

Known in the vintage racing community as the “Alan Taylor Special” this bike was built decades ago using a tubular steel frame built by Colin Lyster and a heavily modified 1964 Velocette Venom 500 engine. 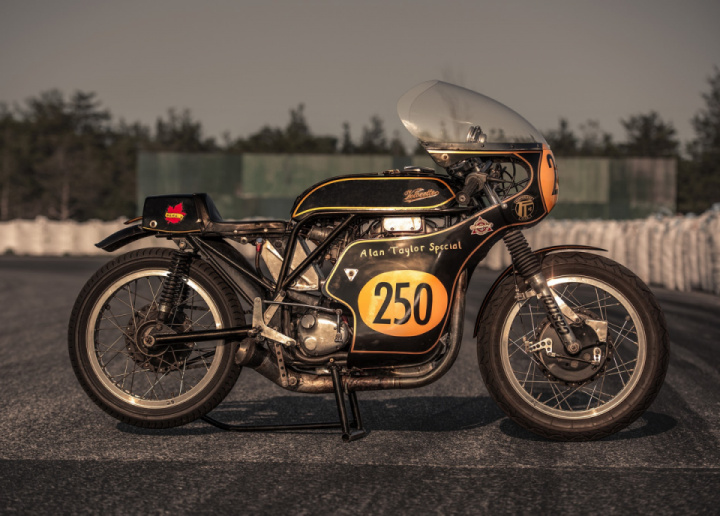 Alan was a long time racer in the “Continental Circus” race scene of Europe and a former employee of the original McLaren race team. He was living in Canada at the time and bought one of the six Colin Lyster frames that had been imported by Canadian Norton Manx expert Tom Pope. 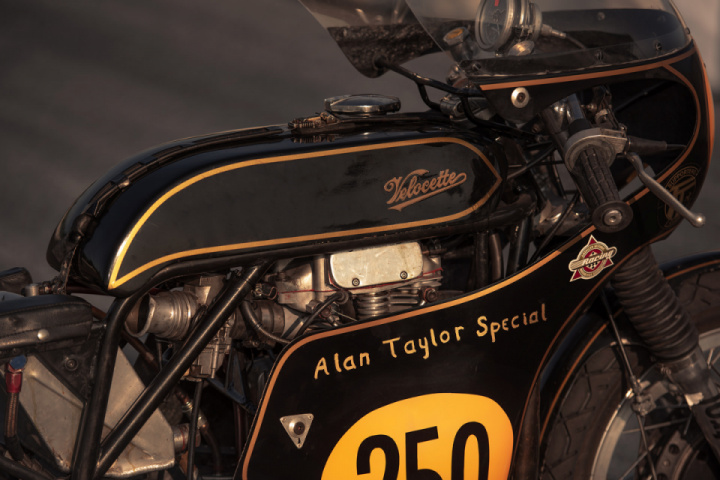 These Lyster frames are highly sought after as they provide excellent rigidity without a weight penalty. The frames a tubular steel duplex cradles with some additional reinforcements, they’re ideally suited to big singles like the Norton Manx engine or the 500cc thumper from the Venom. 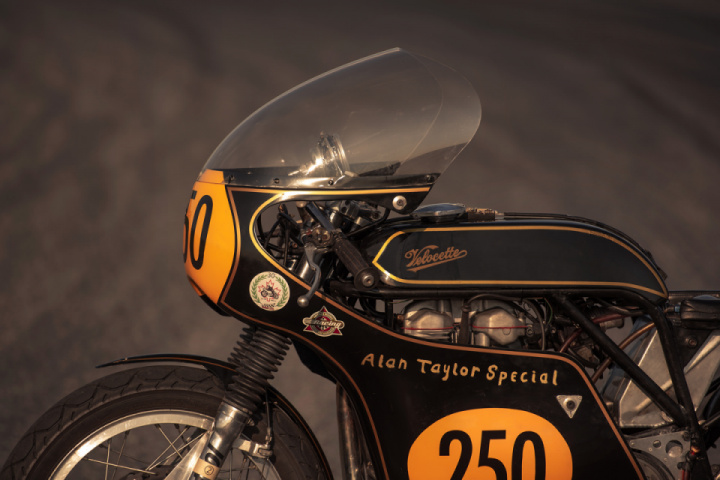 Frame-builder Colin Lyster was a motorcycle racer who came to fame as a motorcycle innovator in the 1960’s, particularly in the design of early disc brake systems and race frames for various marques, eventually setting up shop in New Zealand.

Back in the mid-20th century it was big singles like these that were proving dominant on race tracks in Europe and around the world. They combined good reliable power output with low weight, and engineers of the period had become experts in extracting every last fraction of a horsepower out of them. 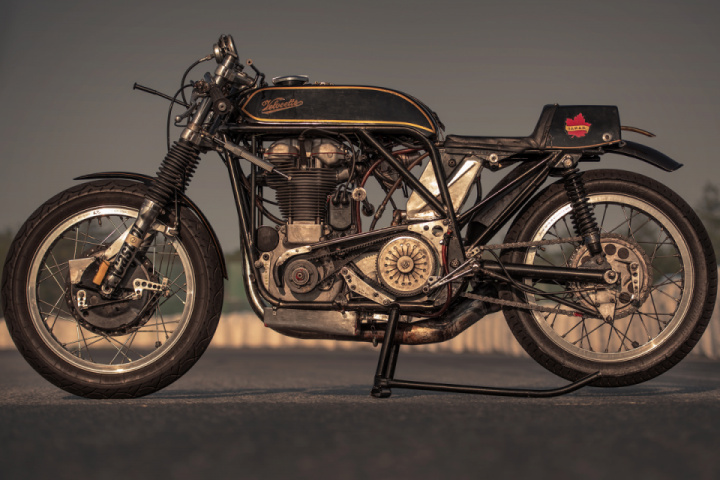 There’s a large modern day vintage racing scene that keeps these bikes and their riders busy, with many traveling across the country or around the world to compete.

The Lyster Velocette shown here was built from the get-go to be a race bike, it’s not street legal and it was never intended to be. The engine was built up from scratch with titanium valves, BSA Goldstar springs replacing the original Velocette hairpin, the main bearings were converted to double rollers and a custom racing cam was ground. 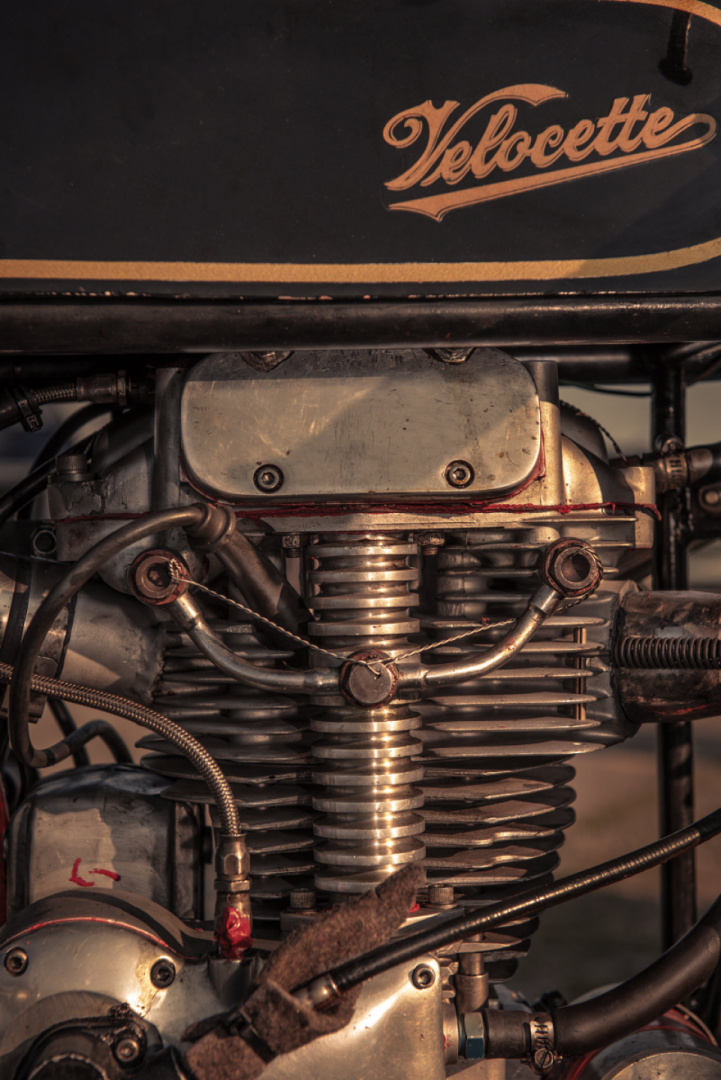 The drive-side flywheel, complete with main shaft, were machined from billet. The carburetor is a period-correct 38mm Amal feeding into the the twin plug head. In a six week building binge, the bike was completed.

Later, after several drive side crankcase failures, a custom, stronger case was cast for the bike which eliminated the problem.

Power was sent back through a belt drive and a Norton clutch into a Matchless gearbox casing fitted with a Quaife 5-speed gear cluster. The front end was sourced from a Norton but the original brake was replaced with a Suzuki four-leading shoe drum from a GT750, and a Triumph drum was used in the rear. 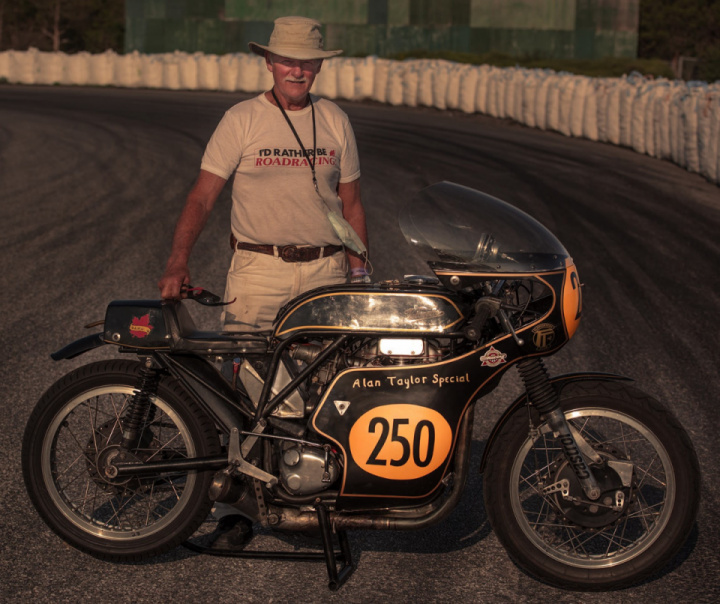 The final weight of the completed bike is 270 lbs (122 kgs), this combined with the significantly increased engine output meant it was a fast bike – but after building it Alan Taylor felt he might be a little too old to ride it, so he entrusted it to talented racer Gary McCaw who competed successfully on the bike through the 1980s and 1990s.

Now getting long in the tooth himself and looking for someone to race the bike, Gary decided to let a long time family friend’s daughter, Holly Varey, try the bike out. She had already raced Gary’s Ducati 250 with good results and it was time to try the bigger 500. 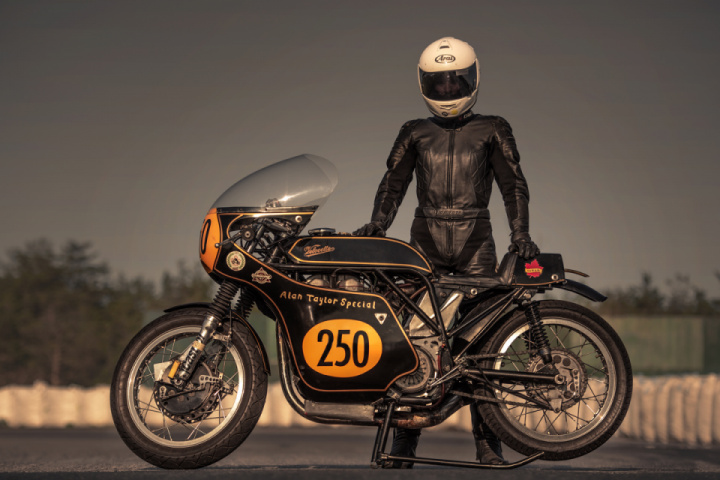 She continues to race the bike in the VRRA series to this day – these photos of Holly and the bike were taken at Shannonville Raceway after the season ending 2020 race weekend was done by Douglas MacRae. Scroll down to read Holly talking about her experiences on the bike in her own words. 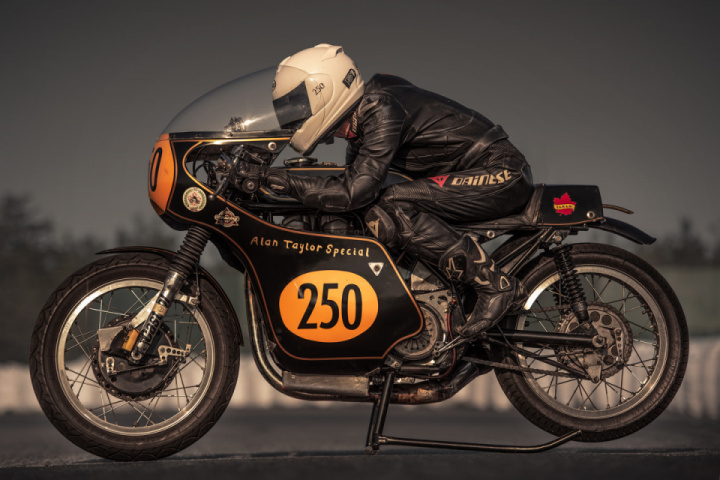 Nelsom Paulino
Only for serious off-road adventures
Come by and pick up one of these rain muffs. Bring your old boots and ride into the sunset 1h later. First class safety rating.... 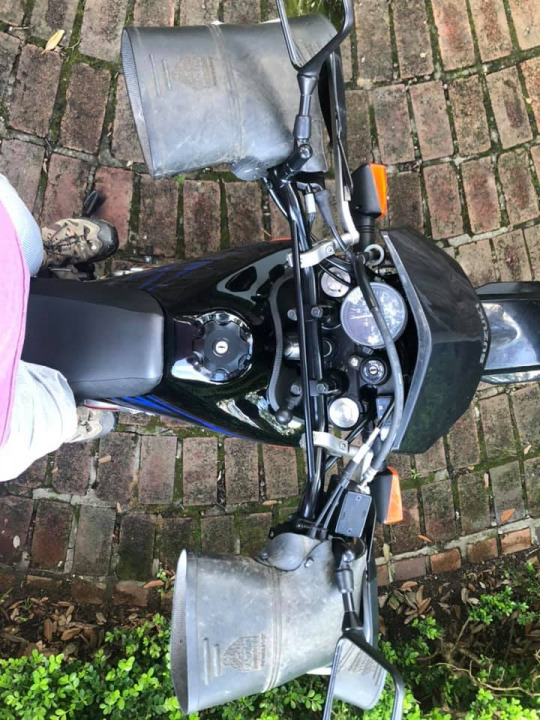 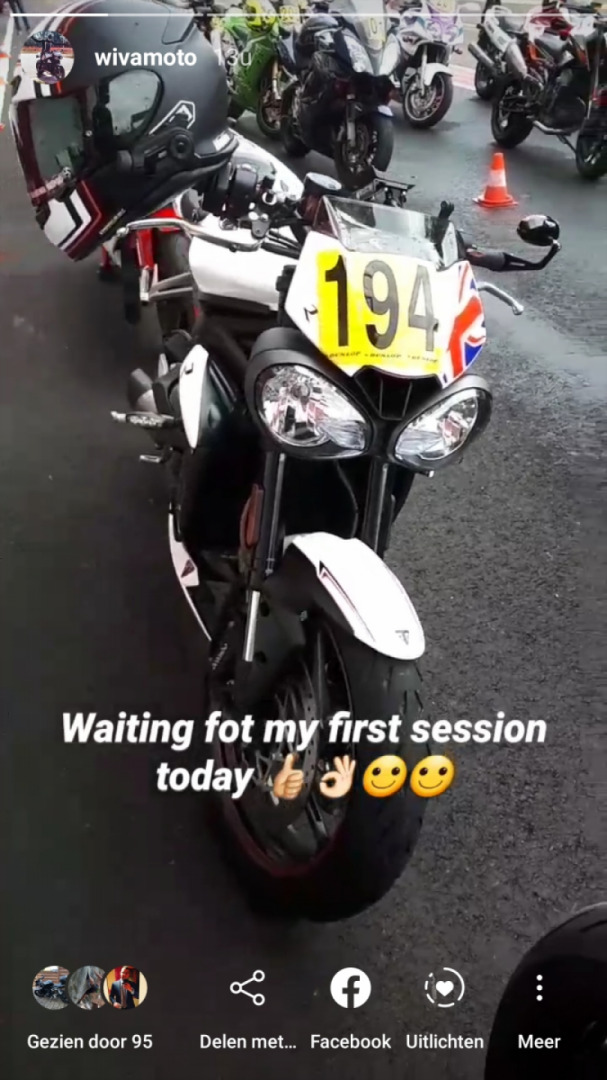 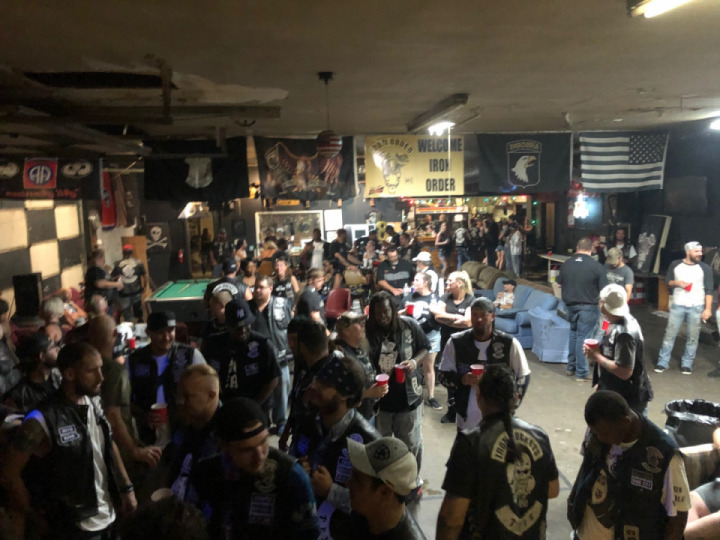 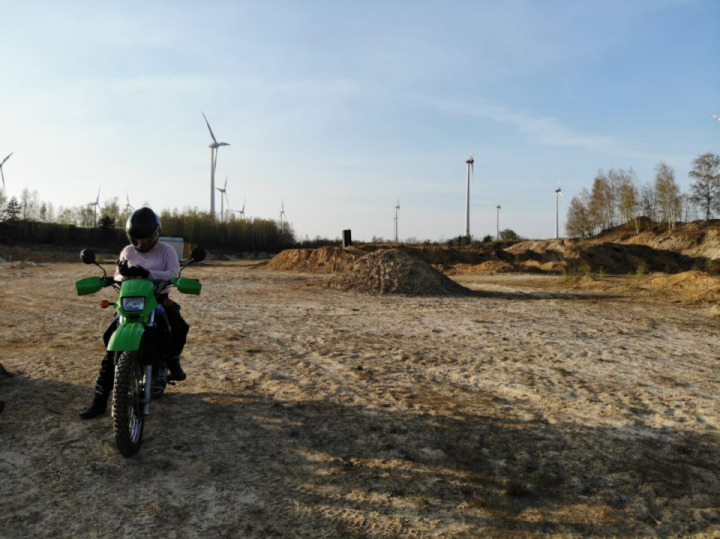 mike
Only group I think I could hang with 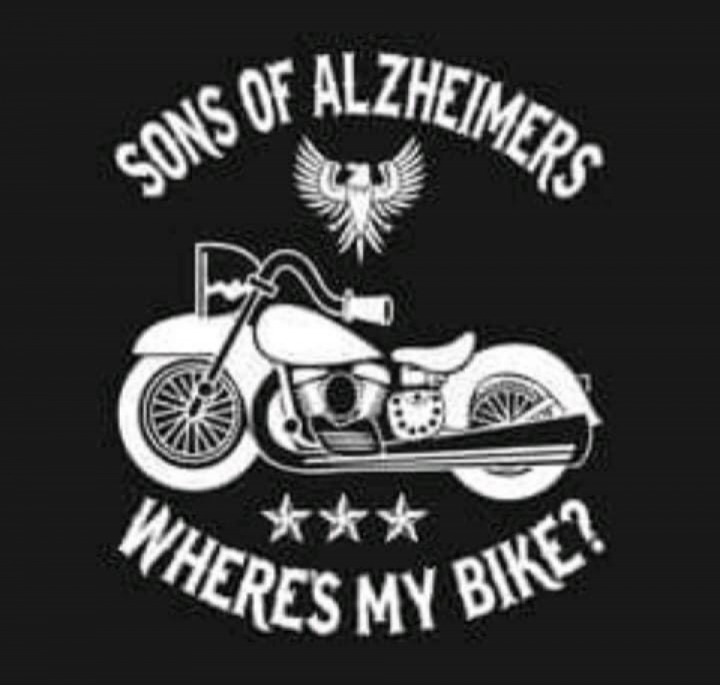 Sal_Val
Only the best for my Duc's 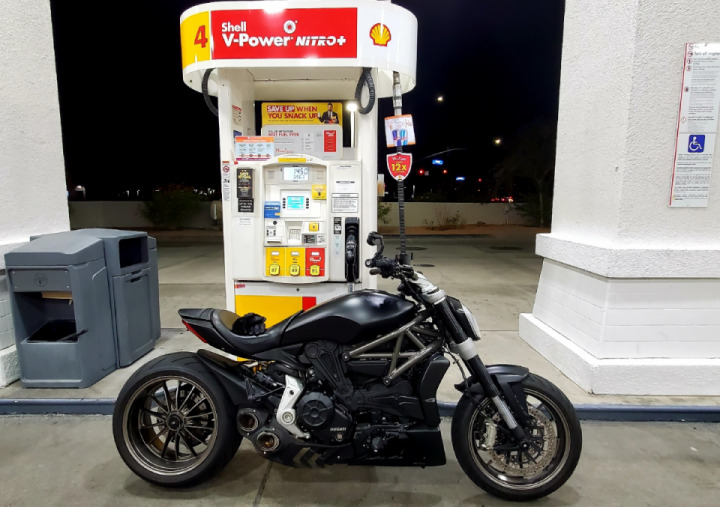 82ndpara
Only in The Great State of Texas ... 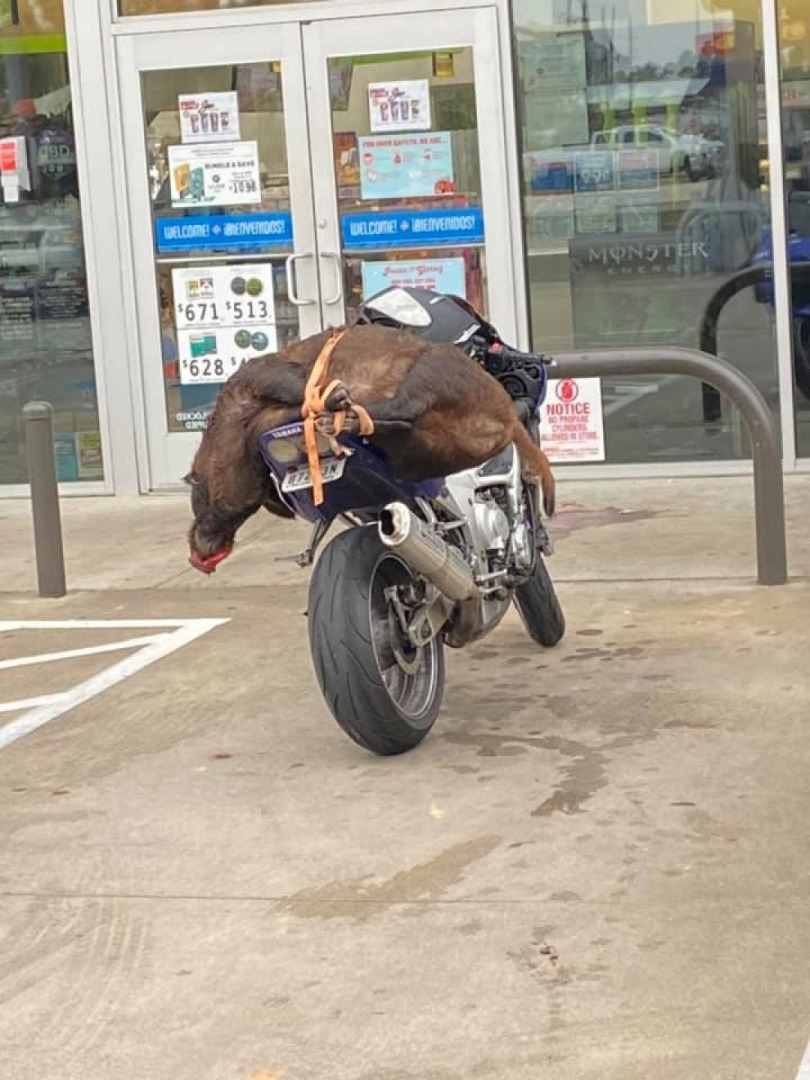 Sal_Val
Only motos in the car show. 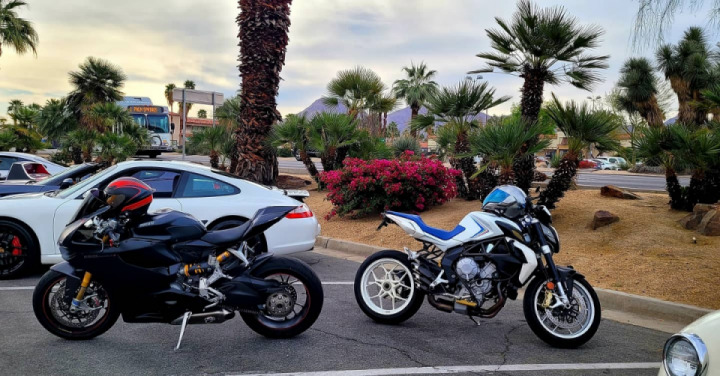 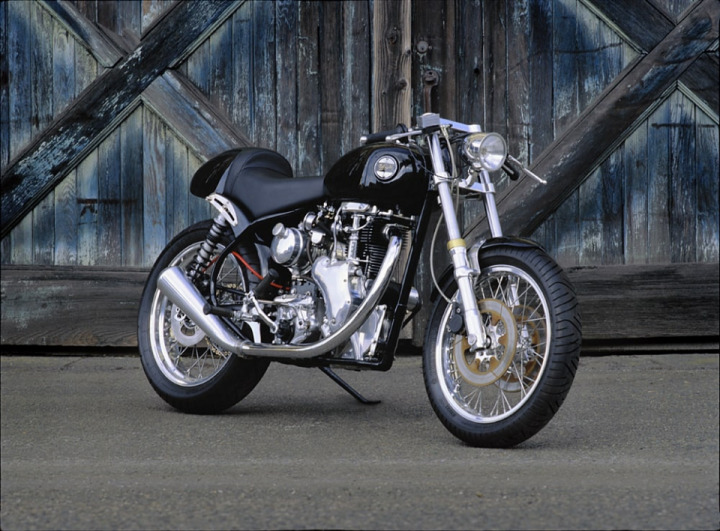 Brandon Rogers
Only the best tools for the best bikes!
Kawi green!... 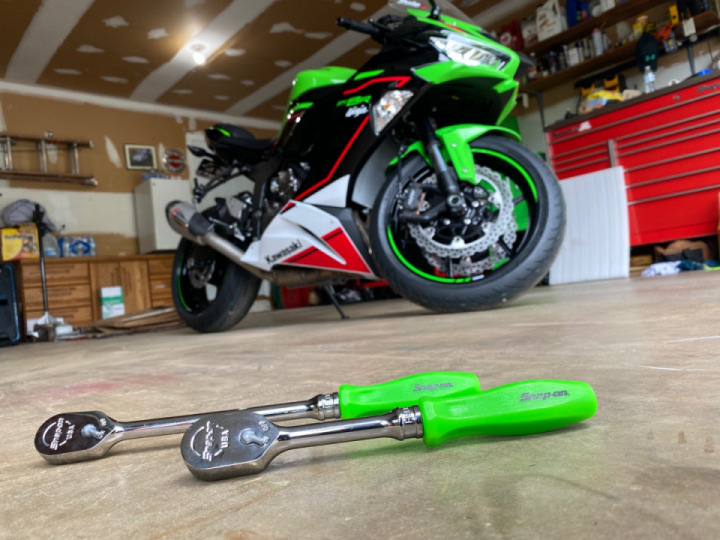 Bitrsweetone
Only if the rain would stop!
Been raining way to much lately here in Michigan. On a positive note it is supposed to be a nice weekend. My plan is to be riding. Up date on my finger. Great range of motion and a lot less pain. My g... 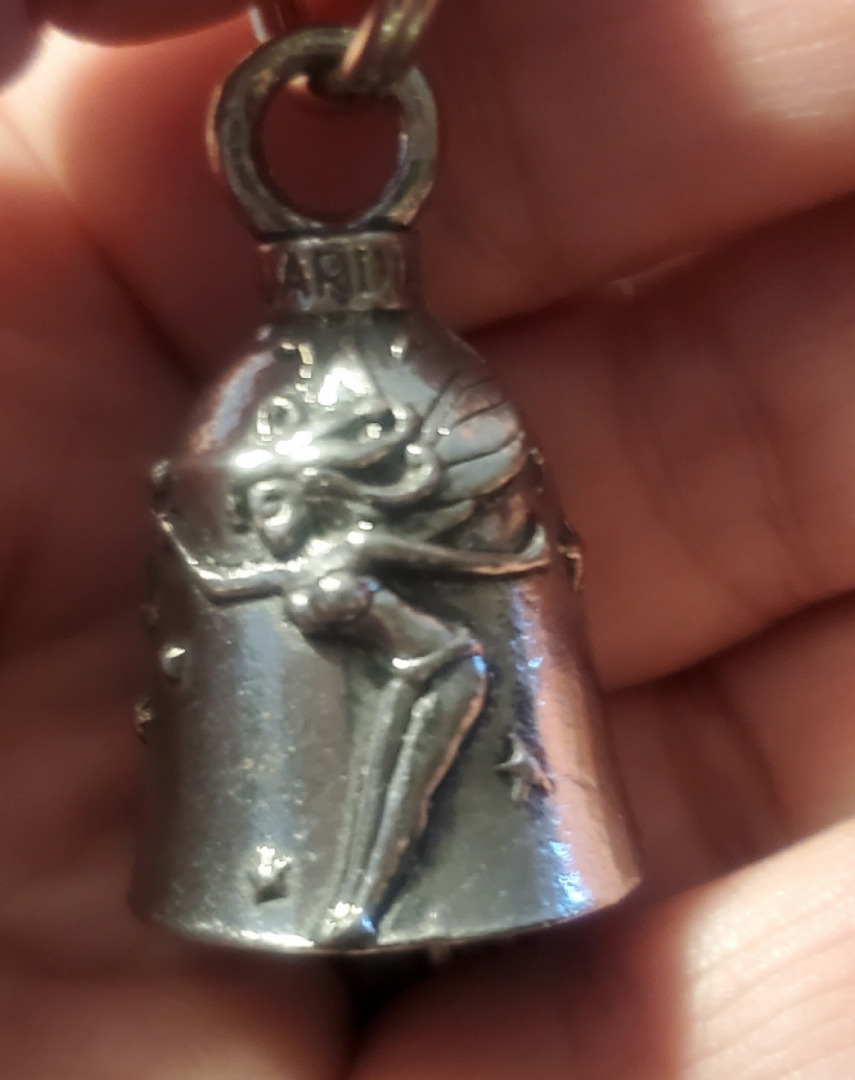 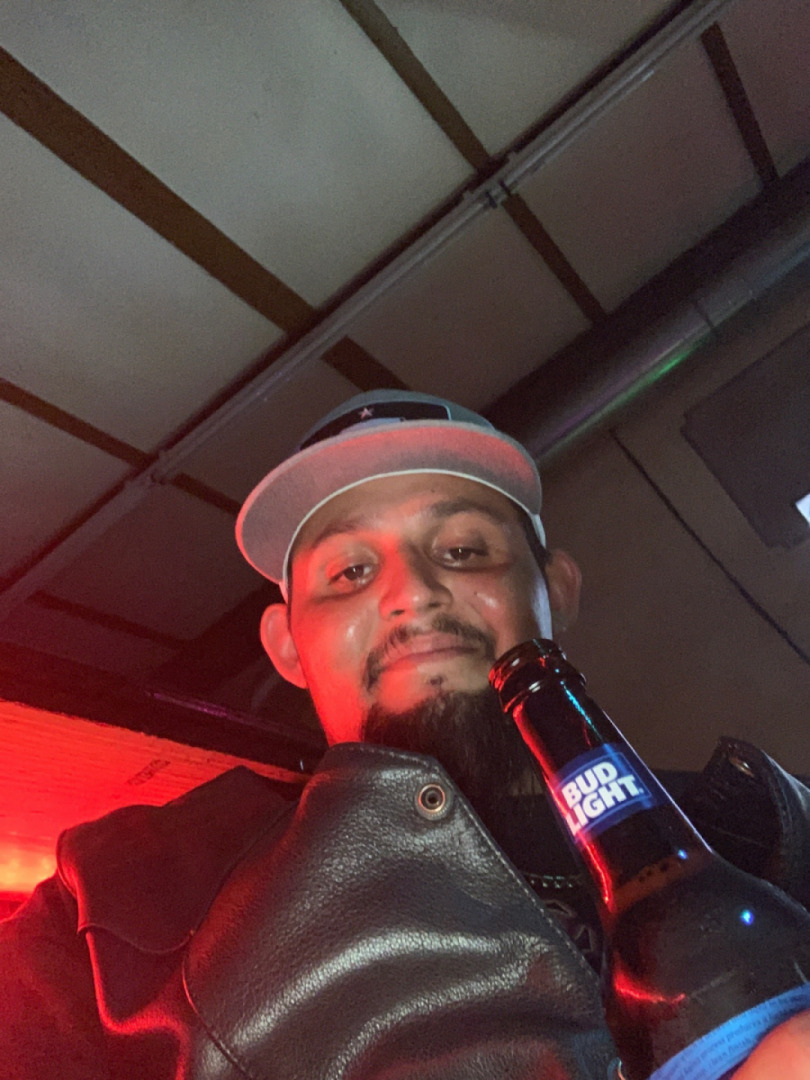 Kawasaki Ninja 300 - Katie
WORLDWIDE TWolf motorcycle shoutout
I’m finishing up a project in memory of my son Tyler Woelfersheim (TWolf). I’m looking for more shout outs from all around the world. Basically record a video of 20 seconds or less you saying your nam... 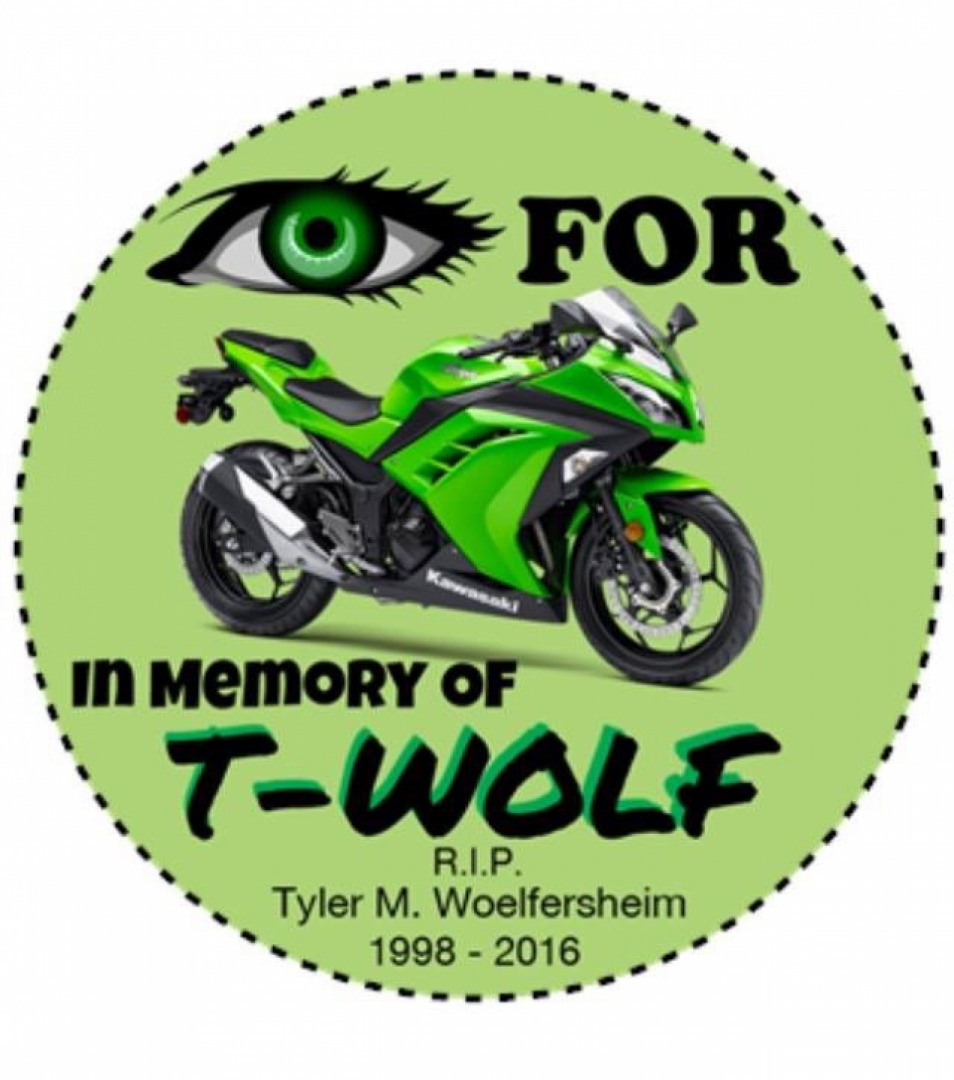 News
WorldSBK: 2018 season starts this weekend in Australia!
The 2018 WorldSBK season will begin this weekend from 23 to 25 February 2018.The opening Yamaha Finance Australian round was officially launched at the Phillip Island Grand Prix circuit.Race 1 will st... 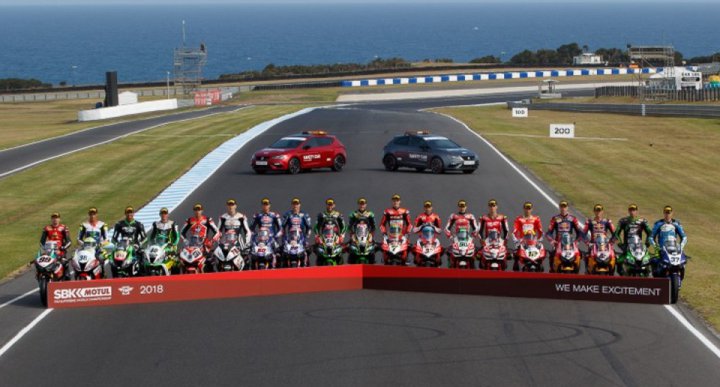 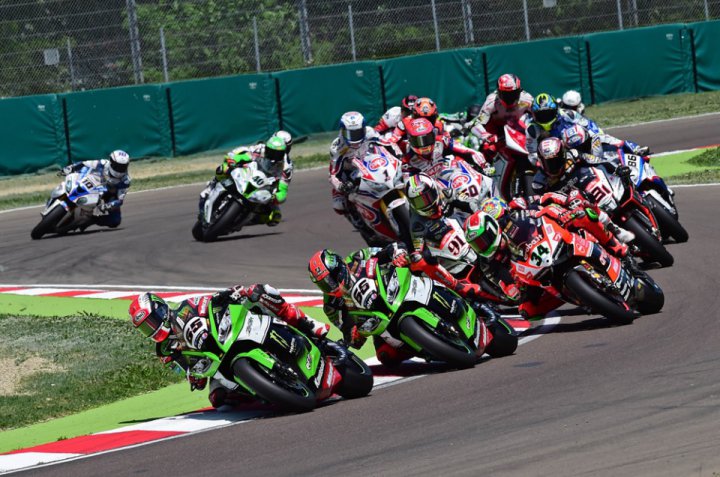 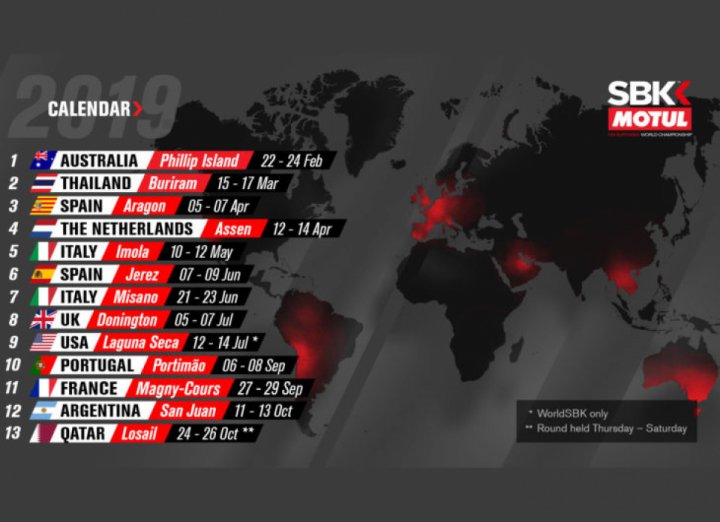 News
The only Ducati Diavel with a sidecar in the world!
The sidecar is fully developed and designed by the Fort MFG team. The original design and technological options create an image of a single whole. The motorcycle is completely stock, the whole work wa... 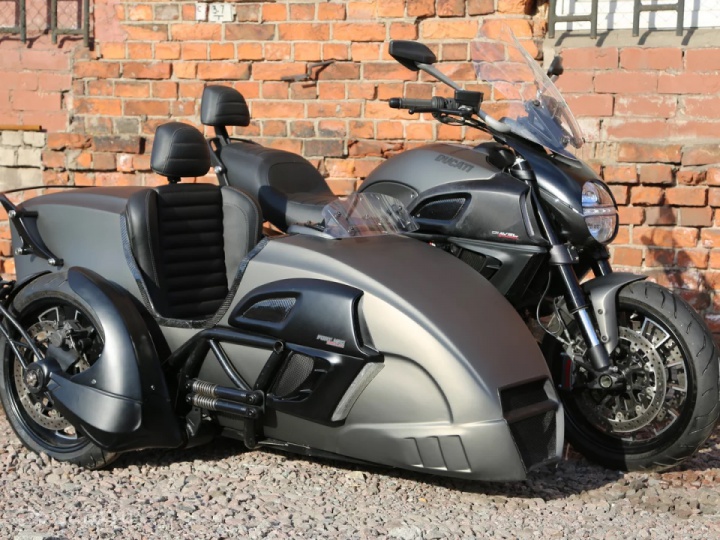