Time to get hands dirty!

Not yet, anyway. This is the goal - get it to A current stage before next riding season!!
Prob not too difficult considering the "to do list" and how slowly the crosses are appearing! :D
However, I will now try not to fall down a trap of posting too many pics and too many general details.

Instead, I will concentrate on custom solutions, on fabrications, doing things alternative way, basically, whilst keeping details of maintenance and standart bolt-ons to a minimum.

(Note: this build is not real time!)

Don't generally like logos, so they go on the inside.

Next, another standart issue. So I got a used (very used!) Funduro gear lever.

Bike must have been standing neglected for years. I mean, 1700 km in 6 years is not what I'd call sympathetic.
As a result, violent condensation inside airbox and crankcase breather.

For peace of mind, right cover was removed and cleaned religiously.

Then it was time for valve check. Whilst in there, fresh NGK's went in.

All in spec, but the tightest inlet at 0.05mm has prompted me to do another one now, 10000km later.
I found it really cool how there were numbers scribed by hand! And they matched!

I'm a fan of Dimple magnetic oil bolts. They are f---ng strong!!! I just didn't have anything heavier than this axe.

For comparison, stock bolt struggled even with some pliers or something. Another bonus to the Dimple is a more standart and manageable hex size.

Part of preparation to front end lighting and instruments, I wanted to monitor voltage and temperature.
Being not quite ready to mess with the oil tank, I decided to go the simpler route (read = bodge job) and cut into the oil return pipe. I figured it would be easier and cheaper to replace if I screwed up bigtime.

You can see a potential problem, which left me worried for some time - much reduced cross section, albeit at only a small section. (stock=right)

Part of profilactic work on the clutch, I installed heavier springs (on left). Both to prolong it's life and help cope with slippier SN rated oil.

Getting a little desperate on time, I hacked into the oil pipe in situ, cutting as much as I dared to try and keep it clear from hitting swingarm at compression, whilst not cutting too much to avoid clamping the hose on a bend.

Meanwhile, box of goodies was growing!

Gear lever was scraped, bent and painted. Yep, it was time to get at least a vice and G clamps!

Eventually, oil probe was instalen. Clearance was very tight and I didn't like how it looked. Luckily, no leaks (loctite 648 lol!).

There was no way back now though. I just hoped it wouldn't get destroyed by the swingarm - it looked further out than before and now had extra thickness from hose and clamp.

(Harder off roading revealed this to be a problem. Swingarm was abraded and hose showing signs of developing cracks.
Apart from that, it worked OK until the wire broke due to being pushed around together with rear brake hose. My mistake)

Hated the stock bashplate, especially for exposed oil pipe - in my opinion, THE most vulnerable part of entire underbody.

Had a tap lying about, so that went on airbox drain. Very useful!!

Weight shedding to compensate for all to come!

82ndpara
Got A Classic Harley? Go Ahead & Get Your Hands Dirty
I have discovered over the past few years that a big part of the enjoyment I get out of riding old Harley Shovelhead motorcycles is the satisfaction that comes from working on them and fixing them mys...
9
0

Gh0st
Time to get some new rubber
Things to accomplish today: Wheels off to get new tires put on install new sprockets install new chain... 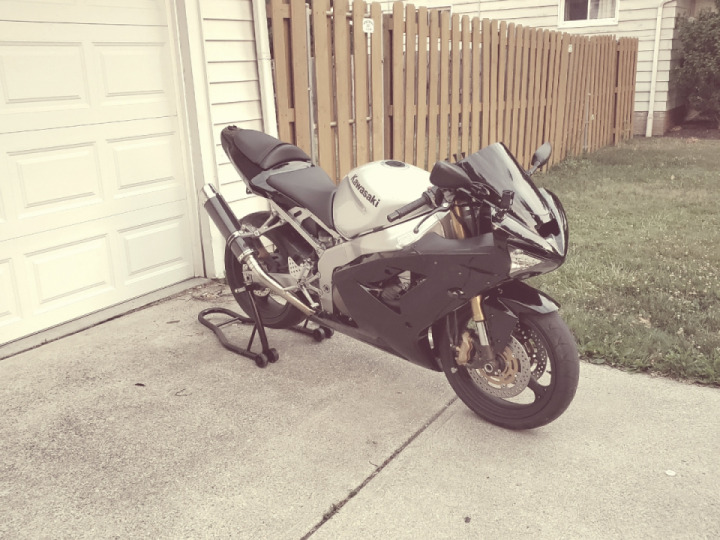 dan brown
Time to get some winter tlc done 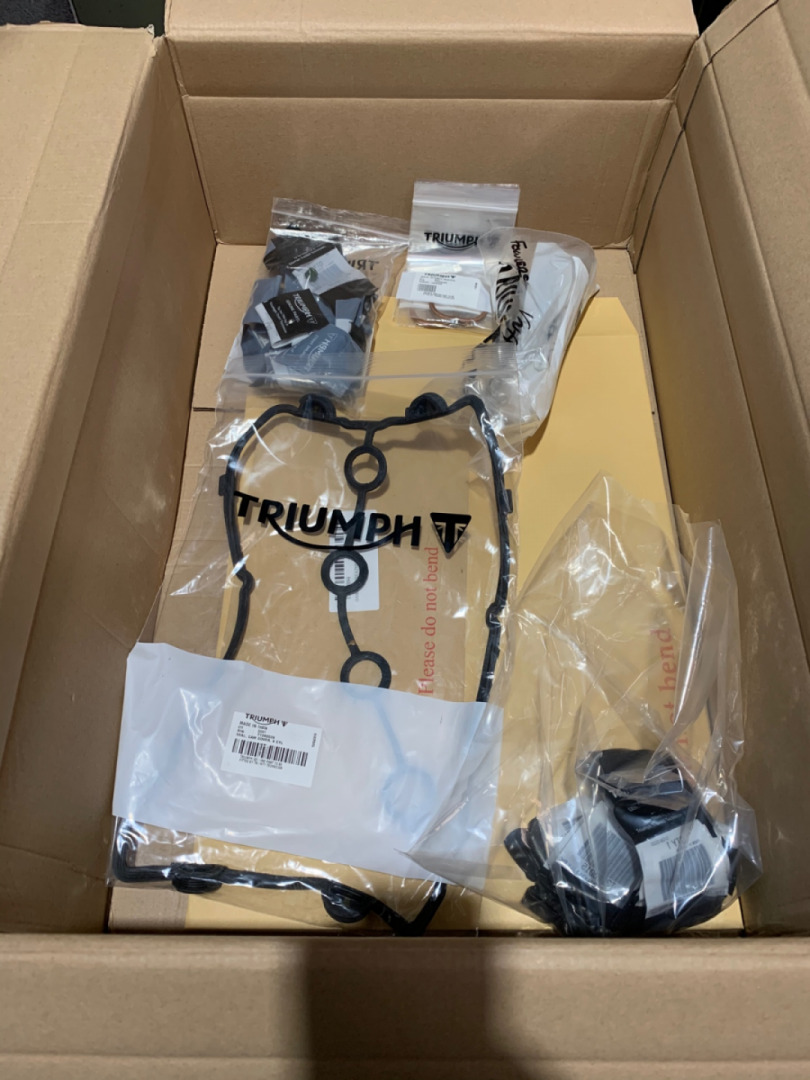 Danny 4D's
Time to get dirty, let's do some valve adjustment & a few other little things to #Flamenca #Gitana 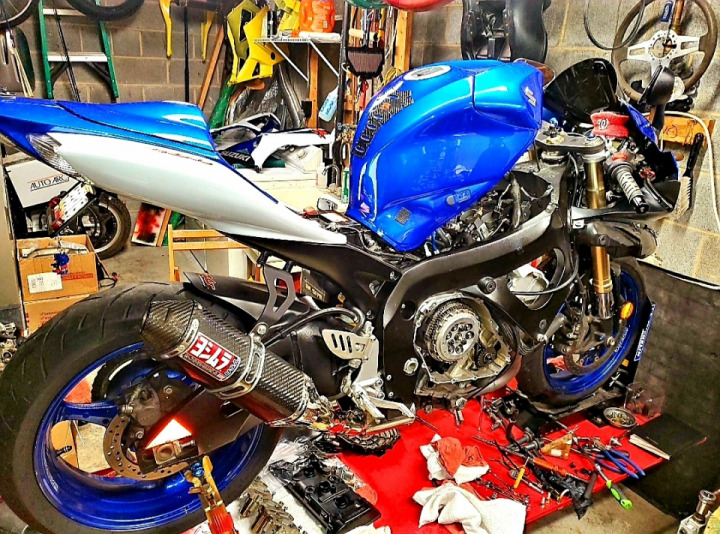 Brendan
Time to get on and ride .
From about 9 o'clock we will be waiting on the watermeyer offramp N4 going to witbank. anybody that wants to join or is close il put on my rider mode for you to find us easier. rally time in SA #36 fo... 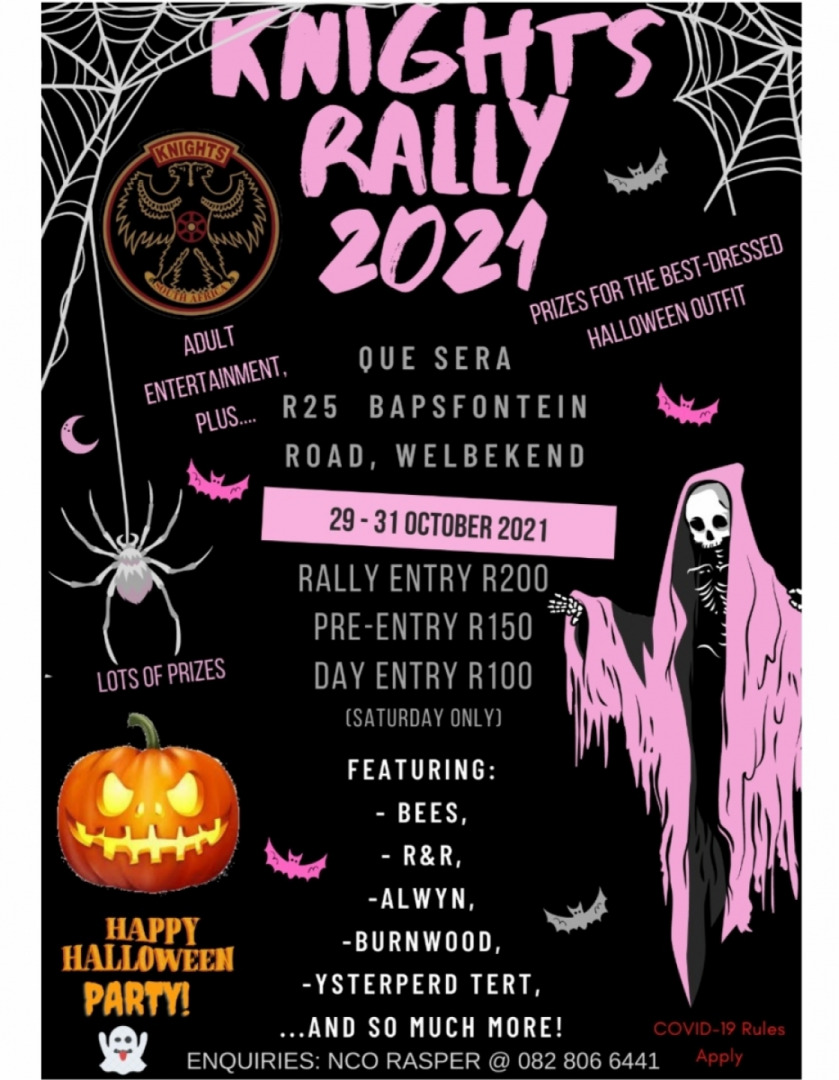 Bevo IRMC NOMAD
Get that ride in before it rains.. remember 4 wheels move the body, but 2 wheels moves the soul.
#irffir #mbbm #ironrocketsmc... 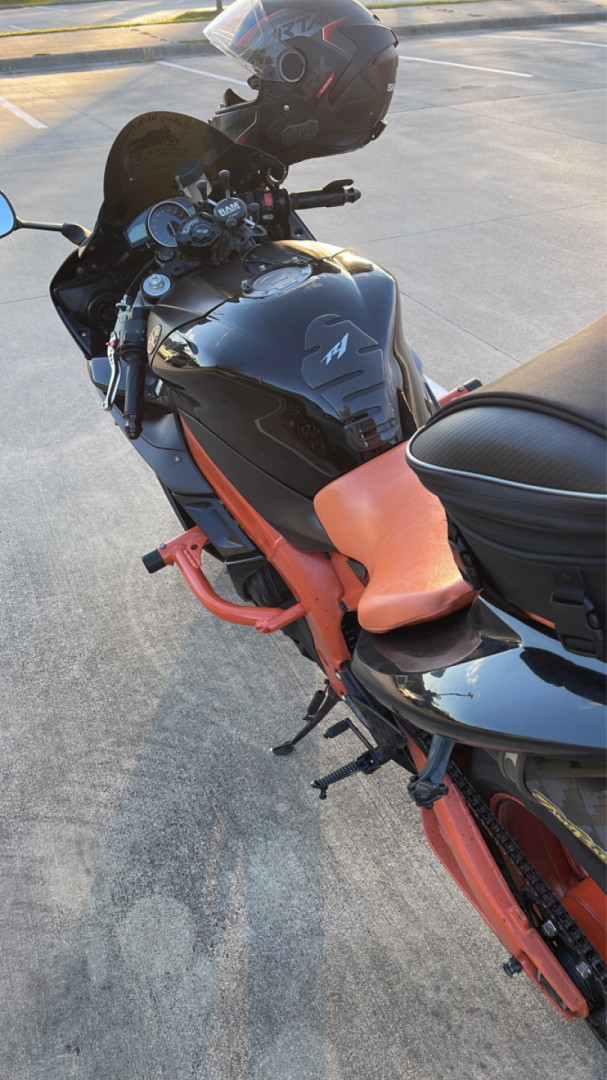 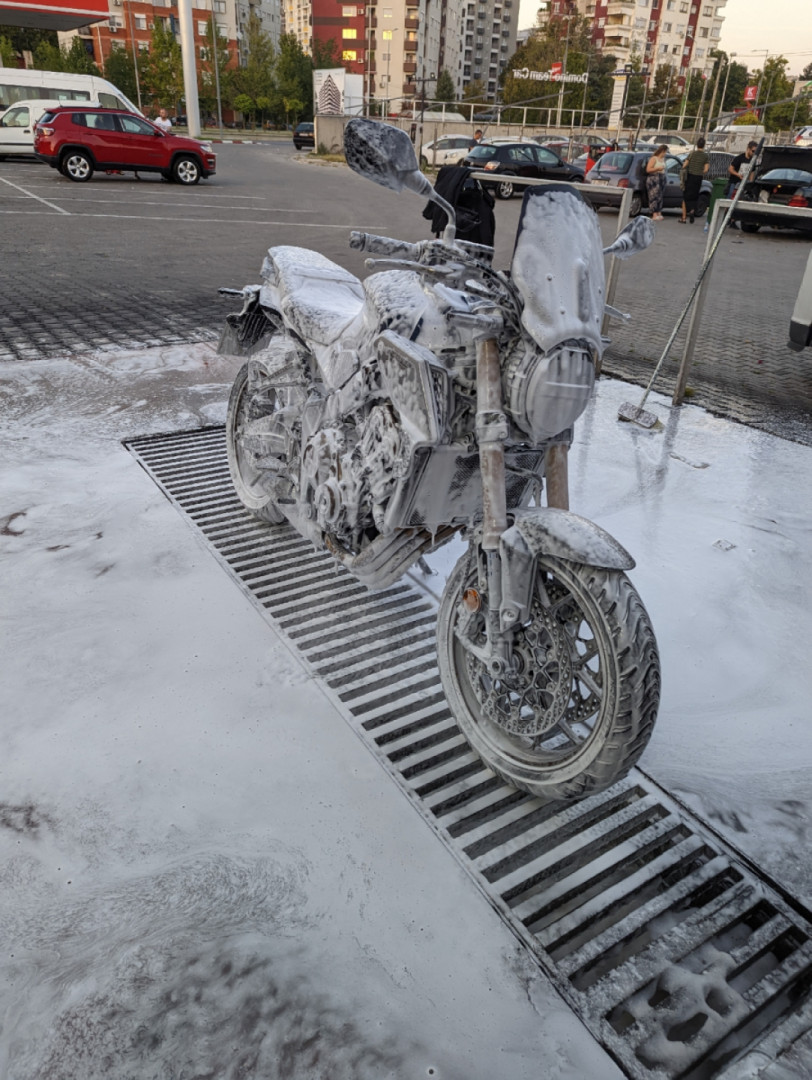 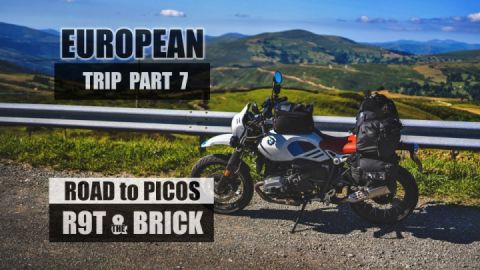 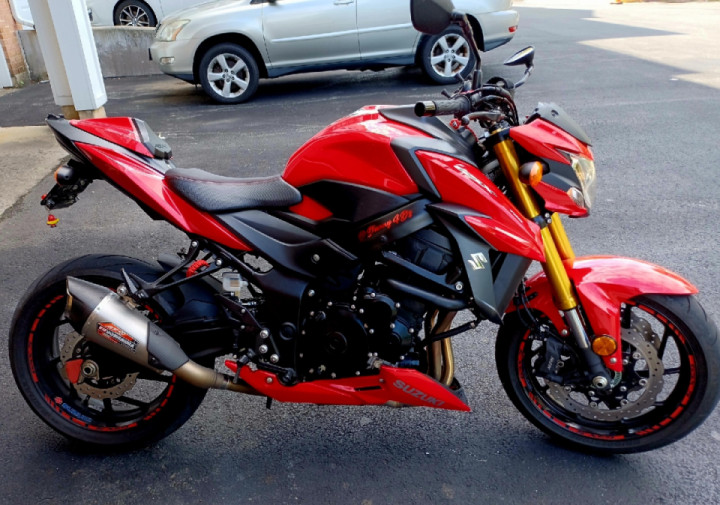 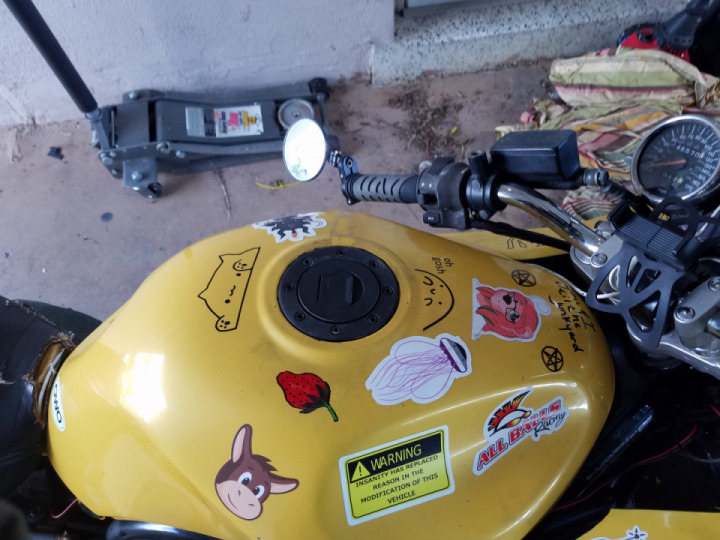 Suzuki SV 650
Time to BRAAP
SC project slip on really livened this vtwin up. really loving it! its a Tad loud but I'm enjoying it for now!... 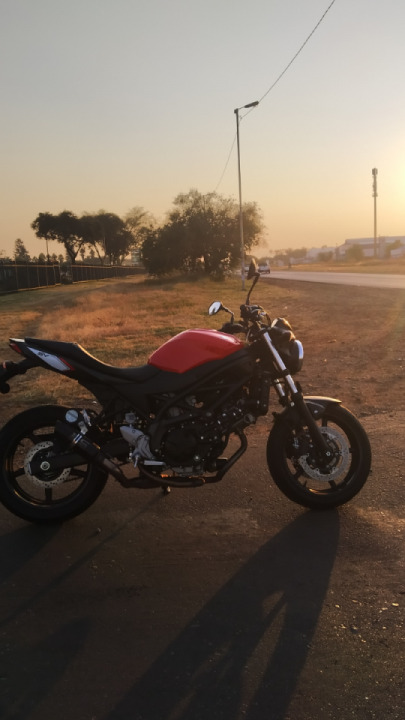 Honda CB 650 - Queen bee
Dirty dirty girl
I hate winter, I spend almost as much time cleaning as I do riding.... 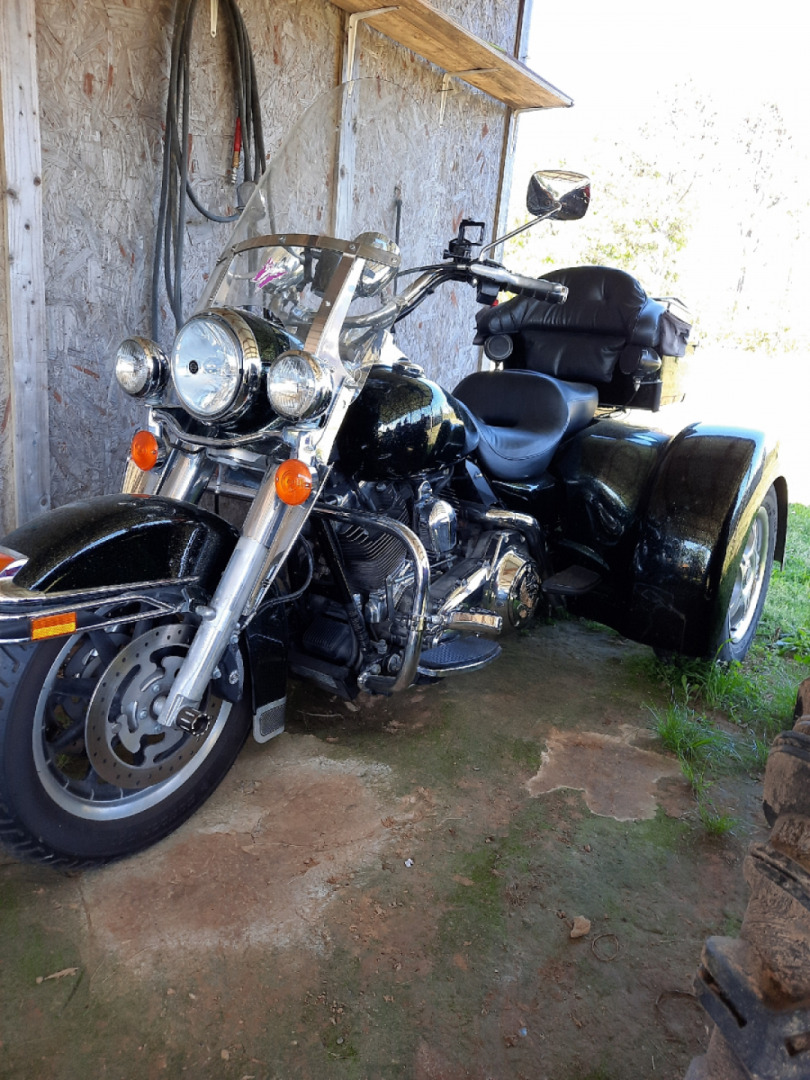 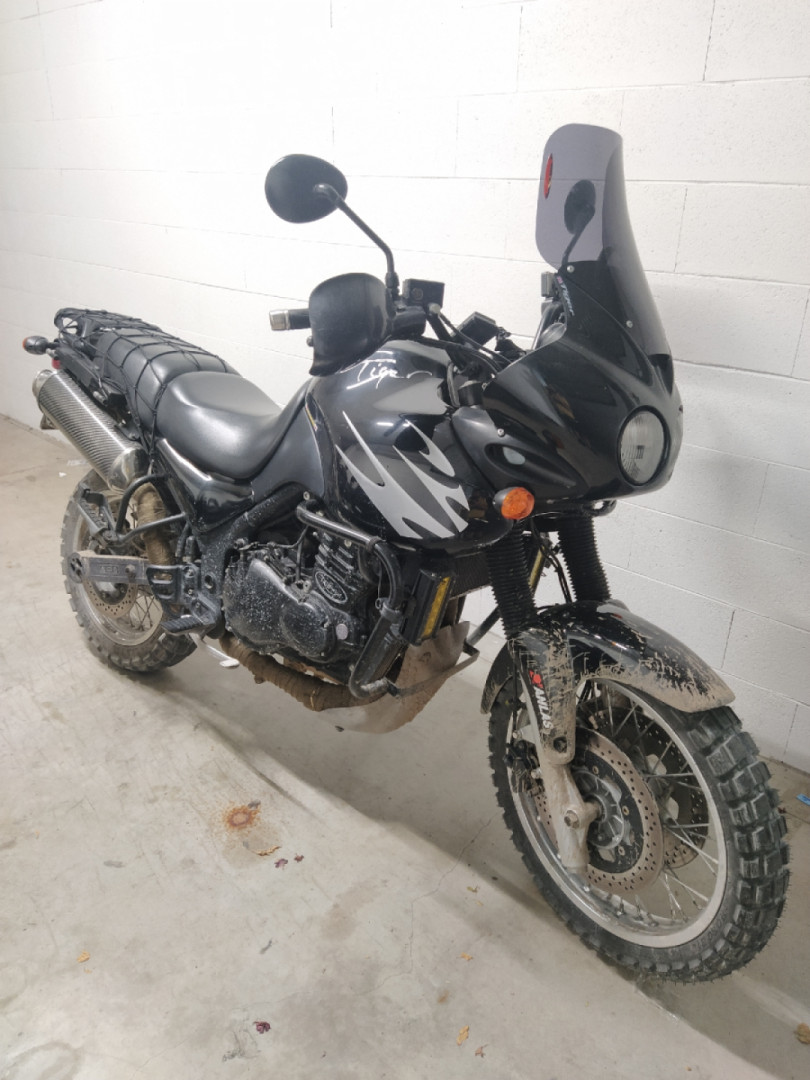 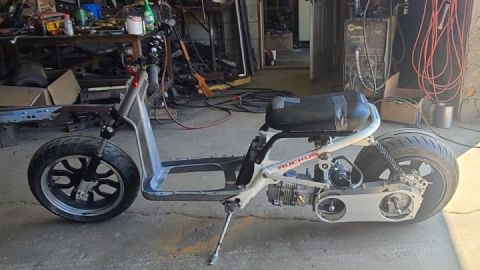 Suzuki DR 650
Getting so close to completion.
After today's festivities, I spent a little time working on the bush pig. Okay, okay... a lot of time, but who's counting. Got the rest of the front end put together.... 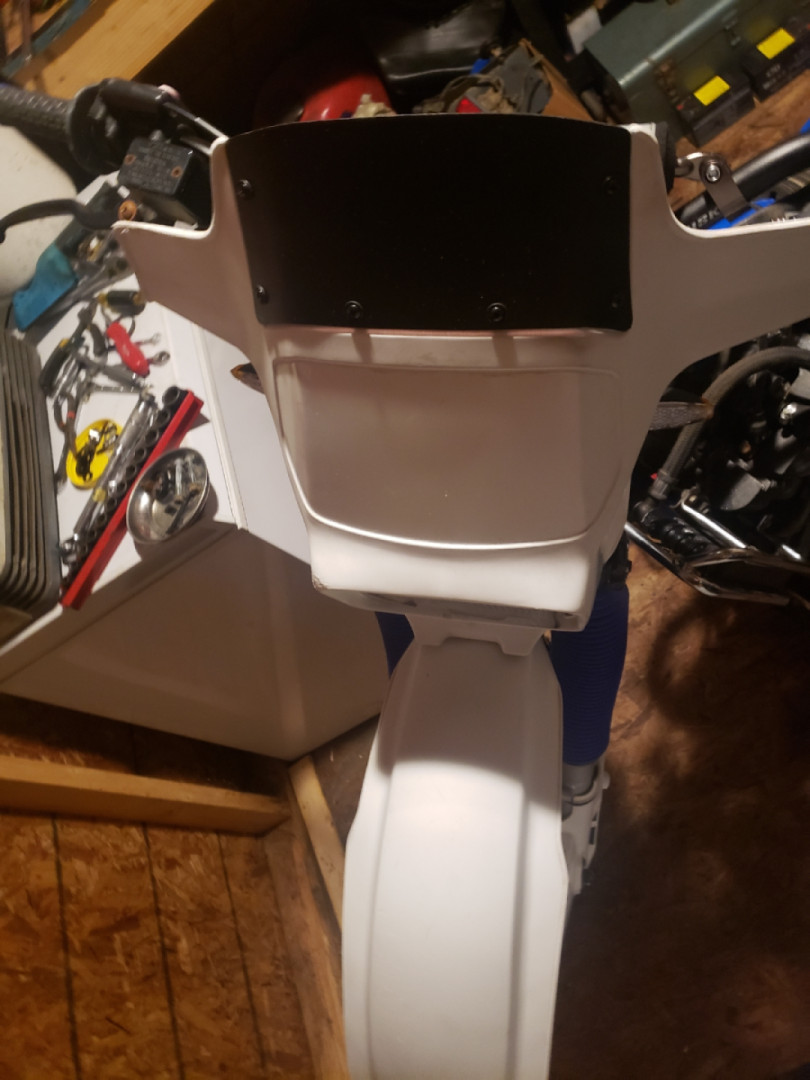 News
Get a Sneak Peek Of All-New Pennsylvania BDR-X Coming Soon
A few months back we reported that Backcountry Discovery Routes had plans to develop a series of shorter routes called BDR-X, in order to expand riding options beyond the classic BDRs. These shorte... 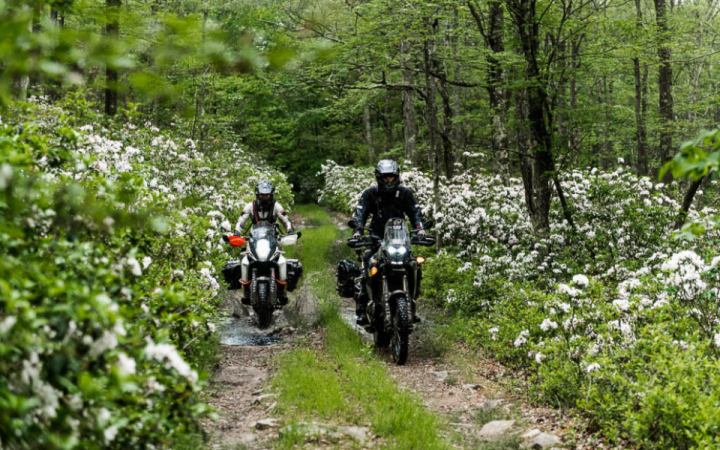 News
Get Ready to Ship Self and Bike Overseas for World’s Largest Indian Riders Festival
For a while now, the city of Ceské Budejovice in the Czech Republic has been the place where Indian riders from all over the world flock each summer to take part in what is considered to be the lar... 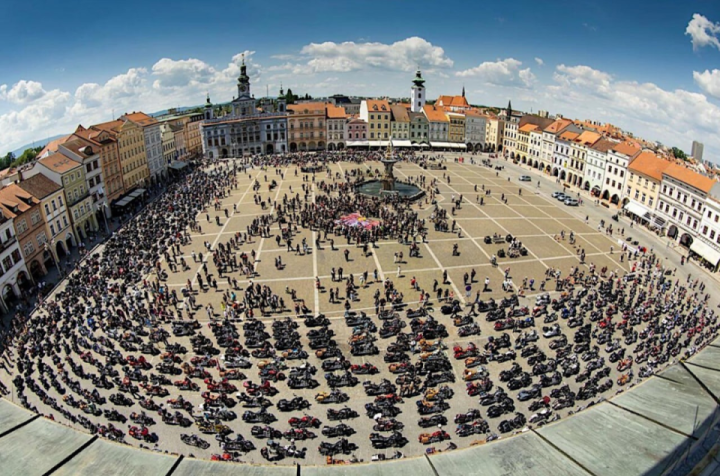