At the moment, the website is only a demo version of the app, so some of the features are missing or unavailable. Install the app to access all features.
HomeNewsAccidentsLuigi Termignoni is gone 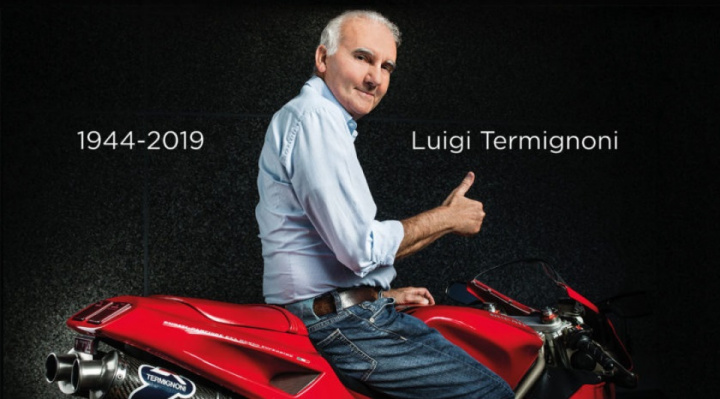 50 years ago, in 1969, Luigi Termignoni began to change the world of motorcycles, working in his hometown of Predosa, Alessandria, Italy. Nowadays, Termignoni exhaust systems are associated with Ducati performance and motorcycles, although the company produces solutions for motorcycles of various brands. Luigi Termignoni opened a workshop that specialized in Ducati, Kawasaki and Honda engines, but then the focus was on exhaust systems. Having opened its niche, Termignoni showed an innovative approach. Since then, he has been preparing motors for racing, as well as manufacturing parts for four-stroke engines.

In 1971, Luigi put everything on the exhaust systems and did not lose. His first system was made entirely by hand, and now the company produces high-tech products. Power gain, spectacular appearance, and great sound, all this is the merit of Luigi Termignoni.

Luigi Termignoni remained president of the company until 2015. Anna, Luigi's daughter, told Radio Gold that her father had devoted his last years to horses and agriculture.

Luigi Termignoni died on the night of November 17-18. He was 75 years old. Great person.Our condolences to family, friends, and all Termignoni fans.