At the moment, the website is only a demo version of the app, so some of the features are missing or unavailable. Install the app to access all features.
HomeNewsOthersHere's what's next for the 'Tesla of Motorcycles'

Here's what's next for the 'Tesla of Motorcycles'
2w ago Others

Zero Motorcycles CEO Sam Paschel has a few ideas on why his 14-year-old electric motorcycle is viewed by many in the industry as the ‘Tesla of Motorcycles.’ 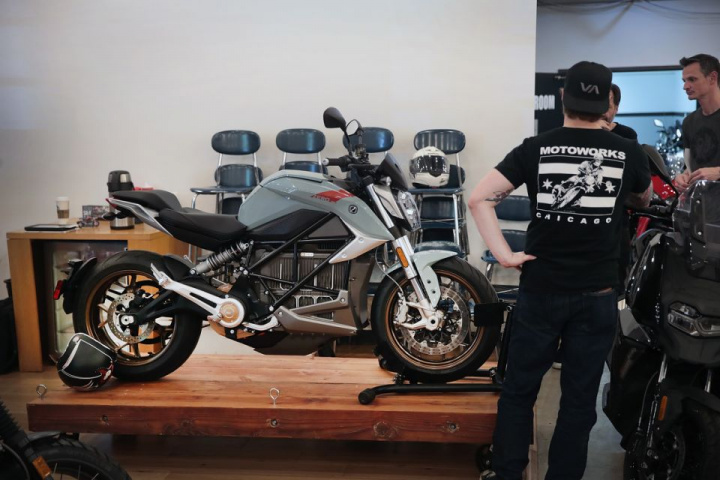 And it’s not just because Zero makes high-end electric bikes that cater to cool urbanites (as Tesla does with its cars).

“We have been a brand that has helped define the category and be the protagonist for electrification in the same way Tesla does in the four-wheel space,” said Paschel, an avid motorcycle rider and outdoor sport’s industry exec who joined Zero as CEO in 2017, told Yahoo Finance’s The First Trade. “Look at the performance gap over companies trying to enter the space, I think those are the factors.”

Adds Paschel, “We love the comparison [to Tesla]. It’s fantastic.”

It’s hard to argue that Zero — a private company that has raised more than $250 million in funding to date thanks to advances in design and battery tech — has a strong competitive position in an electric motorcycle industry that at best, remains nascent.

Paschel brushes off a question on Harley’s early stumbles, but makes it clear why it’s schooling its larger motorcycle rival.

“I will tell you that making a world-class electric motorcycle isn’t as simple as taking an existing internal combustion engine bike and putting a powertrain into it,” Paschel says. Zero declined to provide 2020 sales to Yahoo Finance, but said it’s the number one selling electric motorcycle maker in the country right now.

And all of that has caught the attention of outdoor recreational giant Polaris.

As part of a new 10-year exclusive deal with Zero announced earlier this month, Polaris will work on releasing electric ATVs and snowmobiles. The first product is expected to arrive in 2021. By 2025, Polaris hopes to have one electric option within each of its core product lines.

“Zero has proven they know how to do this,” Polaris CEO Scott Wine told The First Trade.

As for what’s next for Zero, think further improvements to battery technology and getting the word out on why electric motorcycles are the future. Paschel doesn’t rule out an IPO, but it’s not his driving force at the moment.

“As we see success from the Polaris deal and in the market, the options available to us will be a lot. As for what we do next and what happens, that’s really driven by the needs of the business and not by pre-created ideas of going public,” Paschel explains.

2
1 67
Comments
Please Log In or install the app. Comments can be posted only by registered users.