MV Agusta Superveloce 800 will be introduced with two new colour schemes. The company has made this announcement after it had reached out to the fans asking for feedback about the paint scheme for retro looking motorcycles. 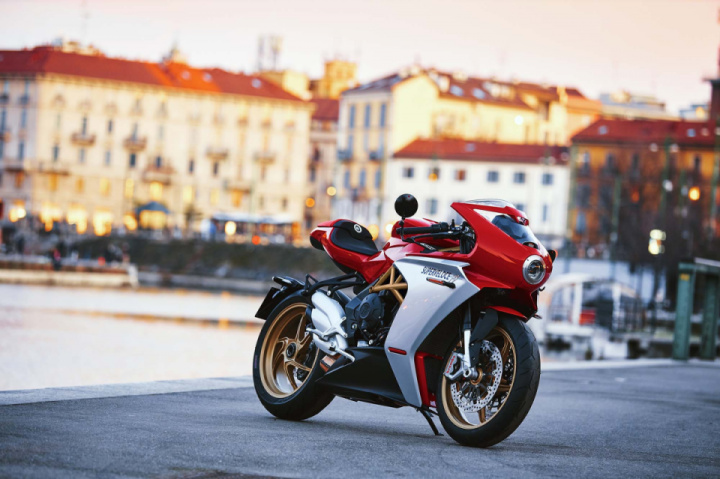 The Superveloce 800 additional colours include Ago Red and Ago Silver dual colour scheme, along with gold coloured wheels and frame details, which is inspired by Italian racing machines from the past. The second colour combination includes a Metallic Carbon Black with Metallic Dark Grey. 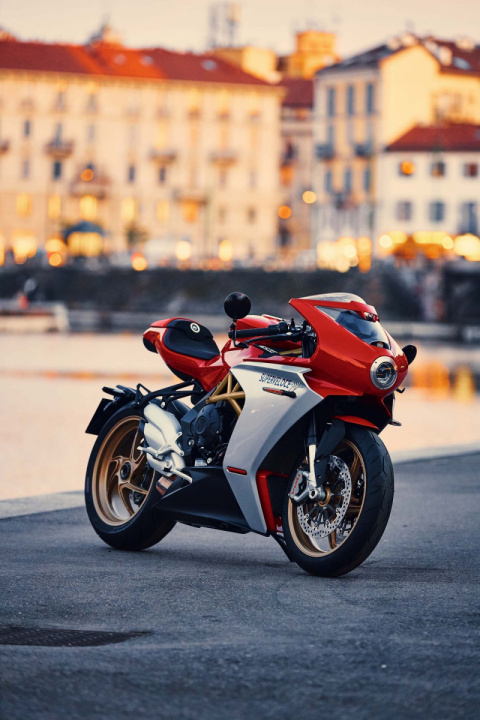 The company has done an impressive job of hiding all screws and mounts from the outside of the fairing. As mentioned earlier it features a round-shaped LED headlamp and a tail lamp, adding to the modern-retro Italian styling.

The Italian retro-motorcycle is powered by a 798cc in-line three-cylinder engine that produces a maximum power of 145bhp at 13,000rpm, and a peak torque of 88Nm at 10,600rpm. The engine comes mated to a six-speed gearbox supported by a slipper assist clutch and a bi-directional quick shifter for clutchless shifting. The Superveloce 800 features three-exhausts that are stacked on eachother and a single-sided swingarm. 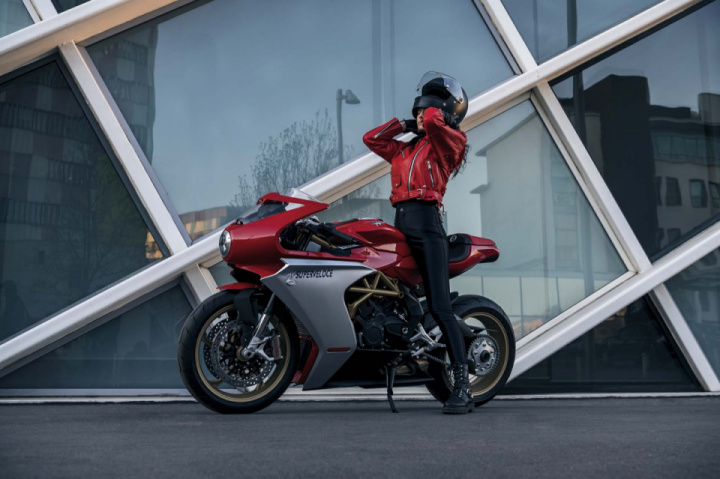 The Superveloce 800 uses a second generation 5-inch TFT screen for the instrument console that supports smartphone connectivity, navigation functions and a host of other features. Other features include four power modes, eight-levels of traction control adjustment, and a Bosch 9 Plus ABS with race mode & rear-wheel lift mitigation. 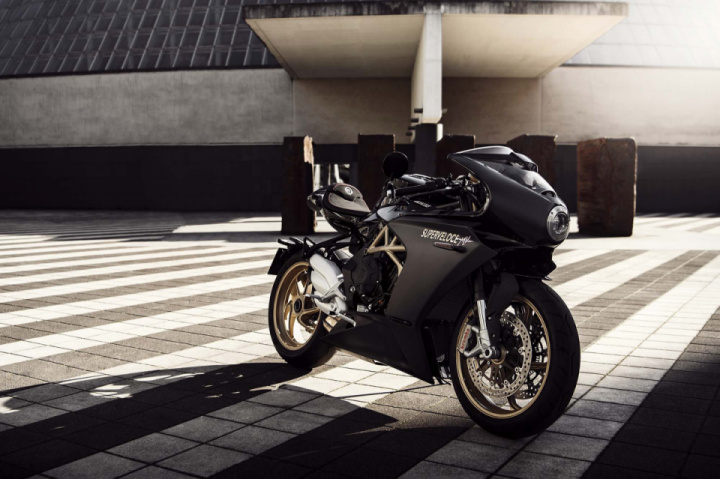 The suspension duties on the MV Agusta Superveloce 800 are handled by a 43mm USD fork, with adjustment for rebound and preload that are sourced from Marzocchi. At the rear, it includes a fully adjustable progressive mono-shock setup from Sachs. 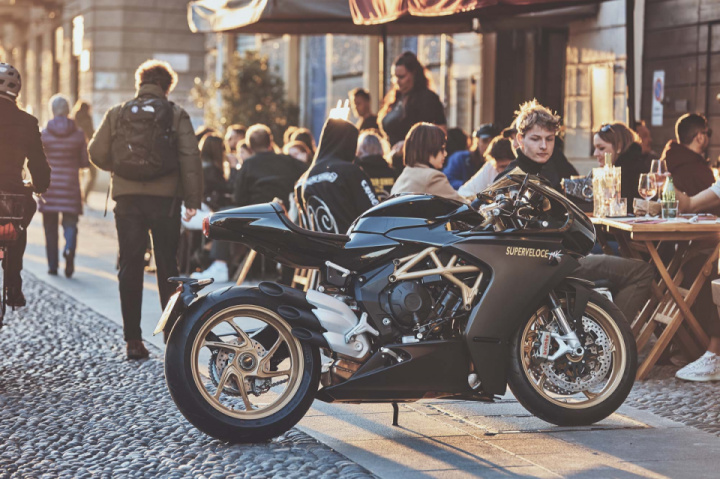 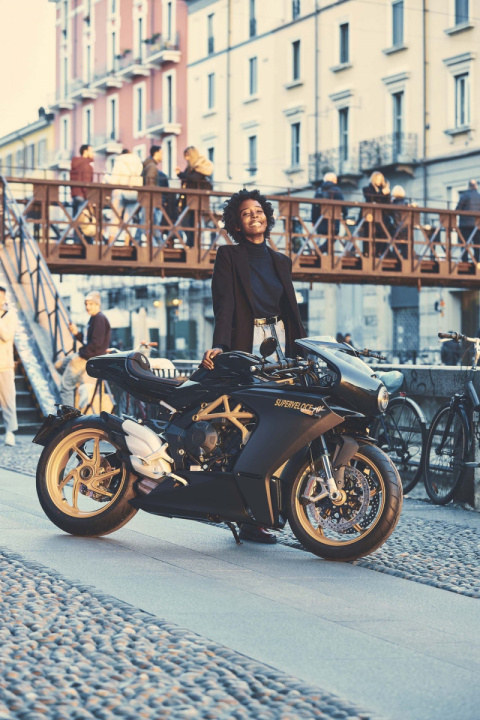 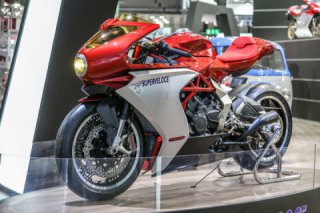 MV Agusta Superveloce 800
3583
Varese, 6th November 2018 - History is a reflection of time, formed by memories. But, at the same time, offers a glimpse into the future. MV Agusta has formed its roots during epic racing battles: 37 world titles, legend... 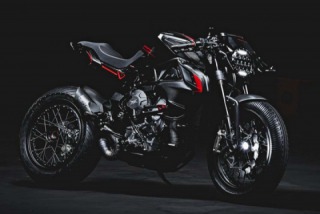 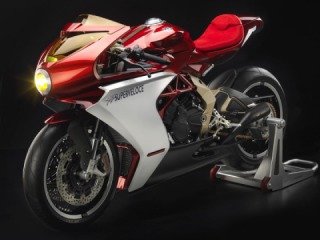 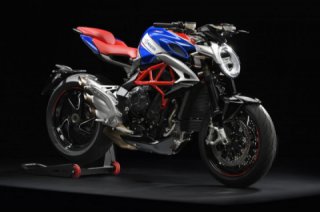 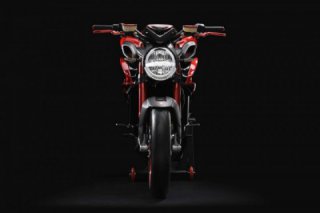 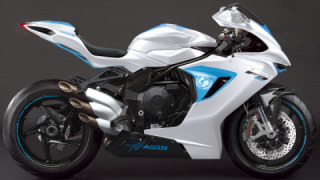 MV Agusta F3 800 sold for €100,000
3561
Special MV Agusta F3 800 was up for auctionFeatures a unique livery and decalsCollected funds will be utilised by UNICEF for vulnerable childrenMV Agusta motorcycles are true design and engineering marvels and owning one... 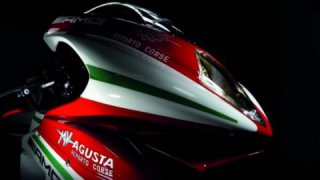