The BSA Rocket Gold Star was one of the best performing motorcycles in the world when it was introduced – and funnily enough it wasn’t actually invented by the engineers at BSA. 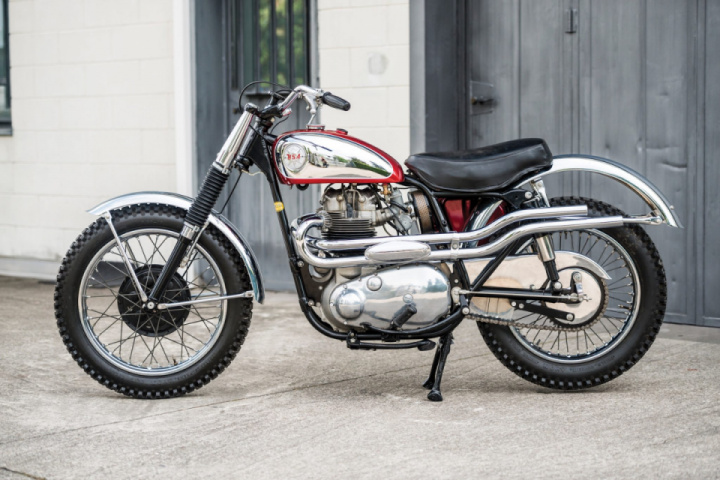 The early 1960s were a tumultuous time in the British motorcycle industry, with many of the large marques taking a step forward with their engineering – though sadly not quite far forward enough.

One of the most desirable British motorcycles of the ’60s was developed by BSA dealer Eddie Dow, at the request of an imaginative client whose name is lost to history. This client wanted to order a BSA Gold Star with the larger capacity BSA A10 Rocket engine, the width of the Gold Star frame was adequate for the bigger engine – and all it really needed was a custom set of engine and gearbox mounting plates. 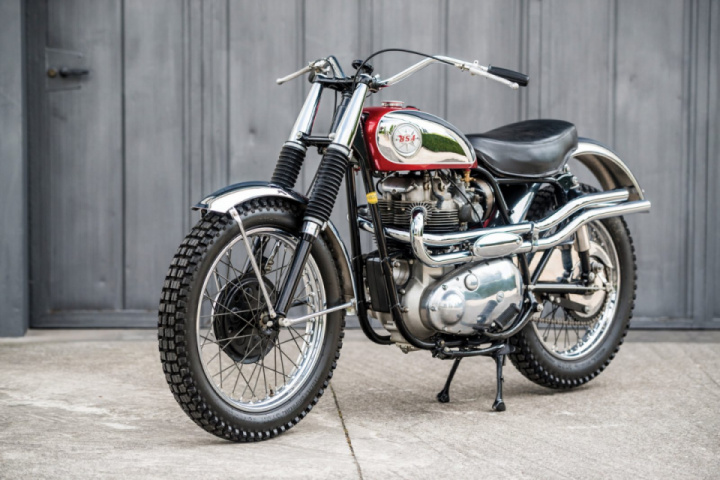 Eddie contacted BSA who happily obliged the unusual order, providing a Gold Star with no engine or gearbox, as well as an A10 Rocket engine, and an RRT2 close-ratio gearbox.

The assembly and fettling was all done by Eddie Dow and his team at their workshop, and the motorcycle they created quickly became a legend. With the lightweight Gold Star frame and the powerful Rocket engine, the resulting hybrid motorcycle was capable of speeds in excess of 100 mph – with handling that would match the best machines of the day. 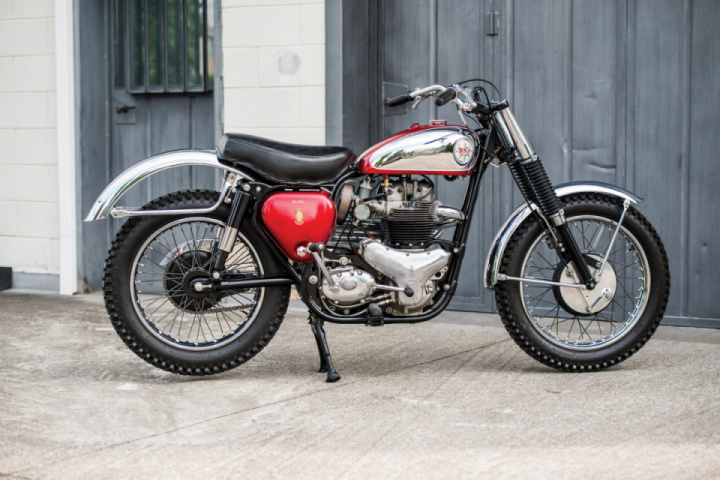 The 650cc (actually 646cc) parallel twin from the Rocket was as good or better than anything else being built in England at the time and it had one characteristic that would make it the envy of many – it was reliable to the point of being bullet-proof. The version of the engine used in the Rocket Gold Star featured a Spitfire “hot” camshaft, a 9:1 compression ratio, and an Amal Monobloc carburettor – it was capable of ~50 bhp from the factory.

The popularity of the Eddie Dow Special Rocket Gold Star was such that the management at BSA took notice, and decided to put the model into limited production between 1962 and 1963. Over the course of its short production life BSA built just 1,584 Rocket Gold Stars, but in the years since many BSA enthusiasts have discovered they can create their own replica Rocket Gold Stars by acquiring the right engine, gearbox, and frame – so they’re a much more common sight than they otherwise would be. 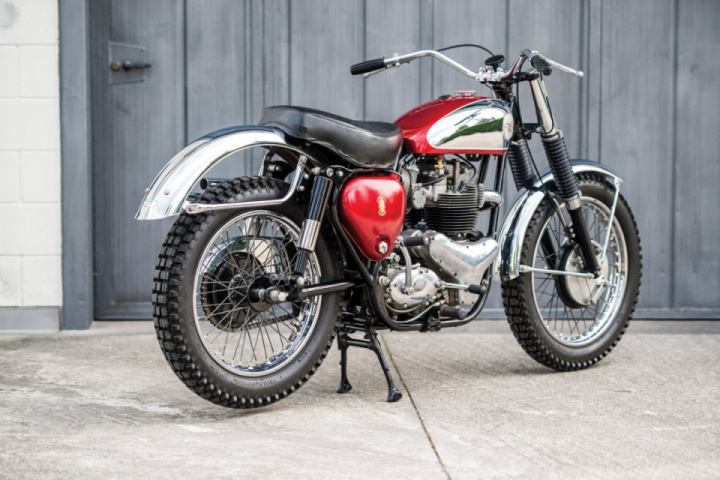 Of the 1,584 that were built, the factory created 272 Scramblers. The major changes were to the suspension, seat, fenders, and handlebars – and the model was aimed squarely at the burgeoning Californian desert racing scene. It was a perfect bike for the sport, featuring a relatively light kerb weight (for the time) of 375 lbs, a very usable 50 bhp at 6250 rpm, and a wide torque band.

The rarity of the Scrambler has led to it now being considered a highly-collectible motorcycle, further exacerbated by the fact that many of the original 272 were wrecked, trashed, modified, or junked. 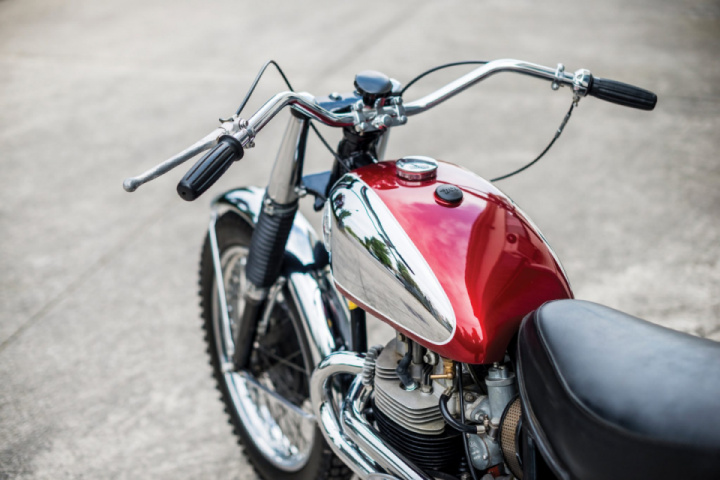 The 1962 Scrambler you see pictured here is one of the few authentic examples we’ve seen come up for sale in recent memory. Its history has been recorded by the BSA Owners Club, this is important as a number of replicas have been known to have been offered for sale as fraudulent originals. 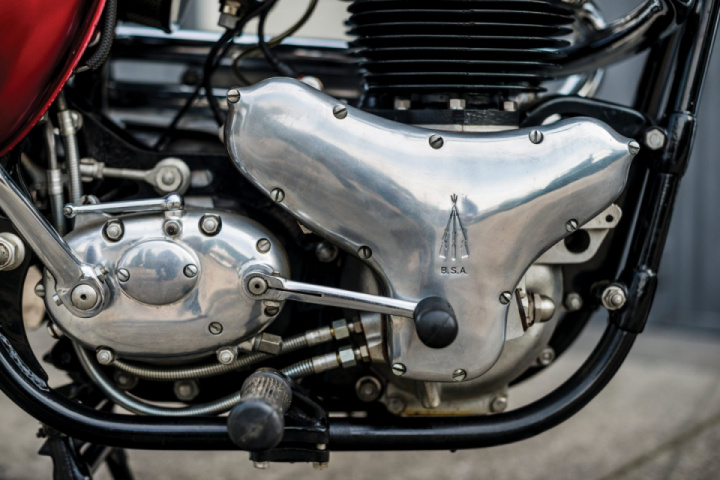 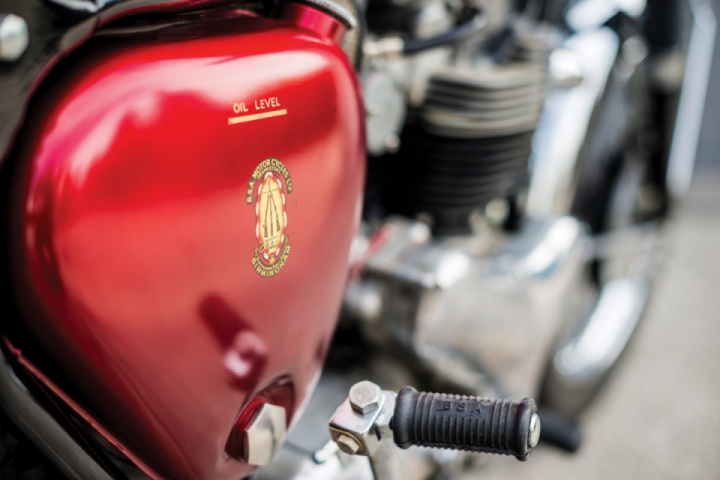 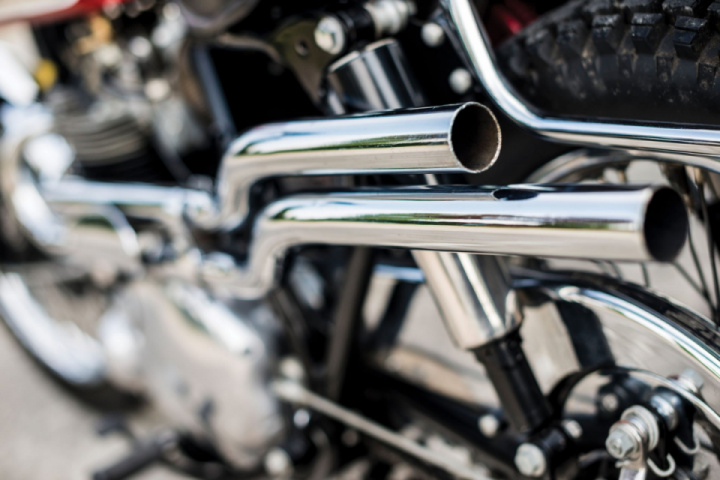 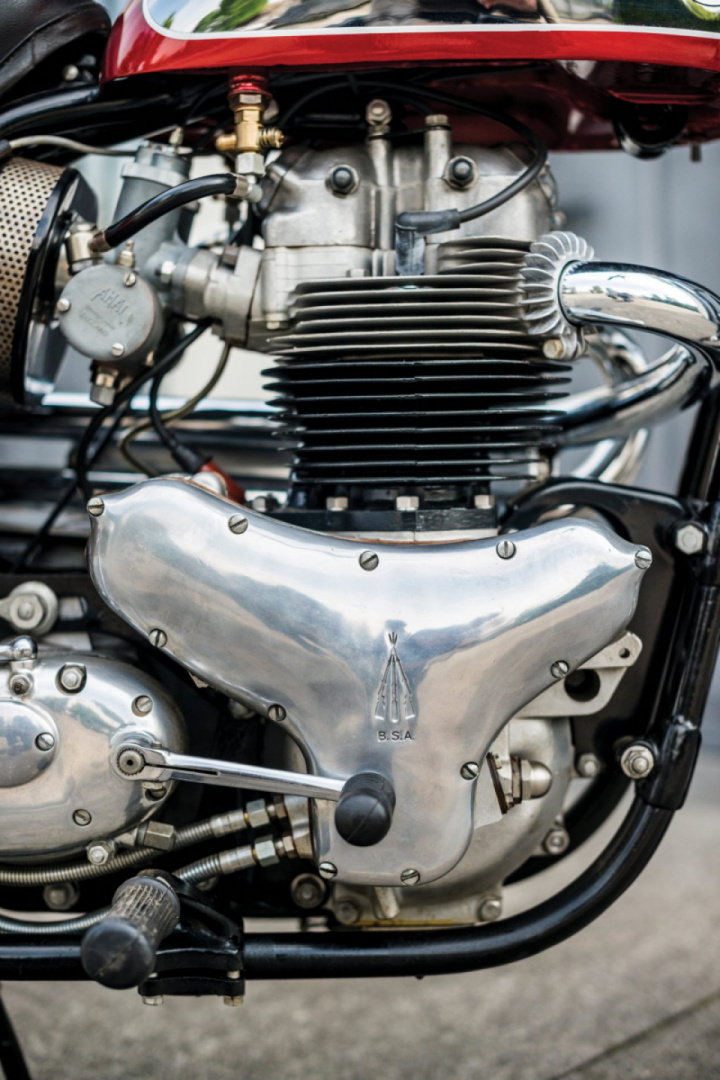 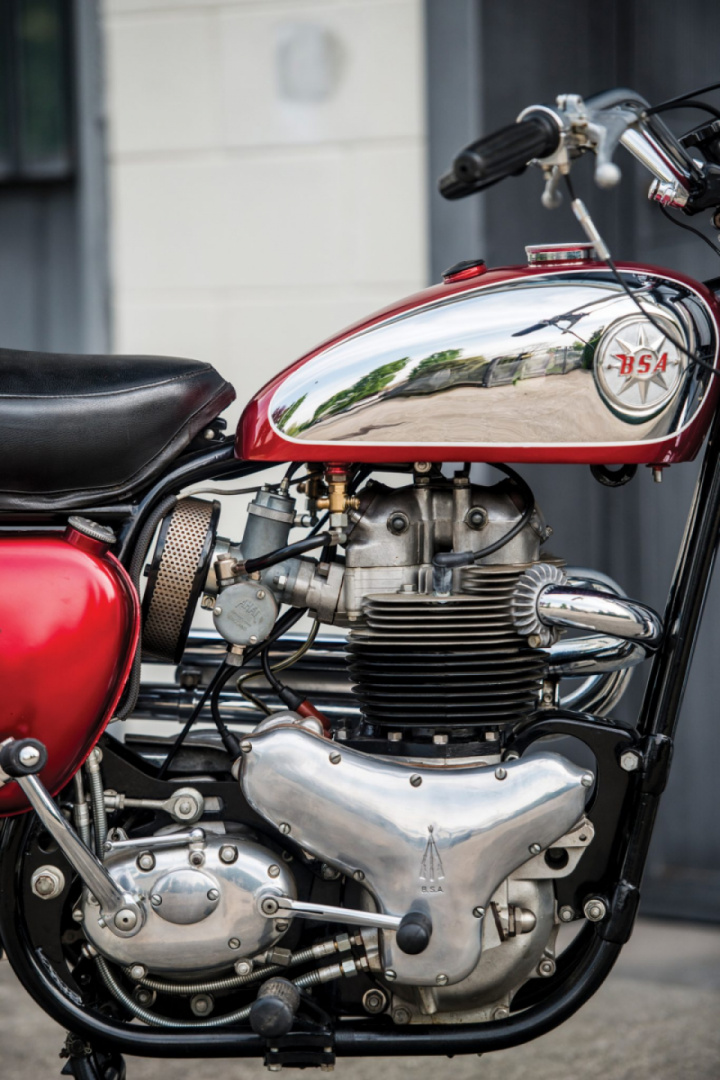 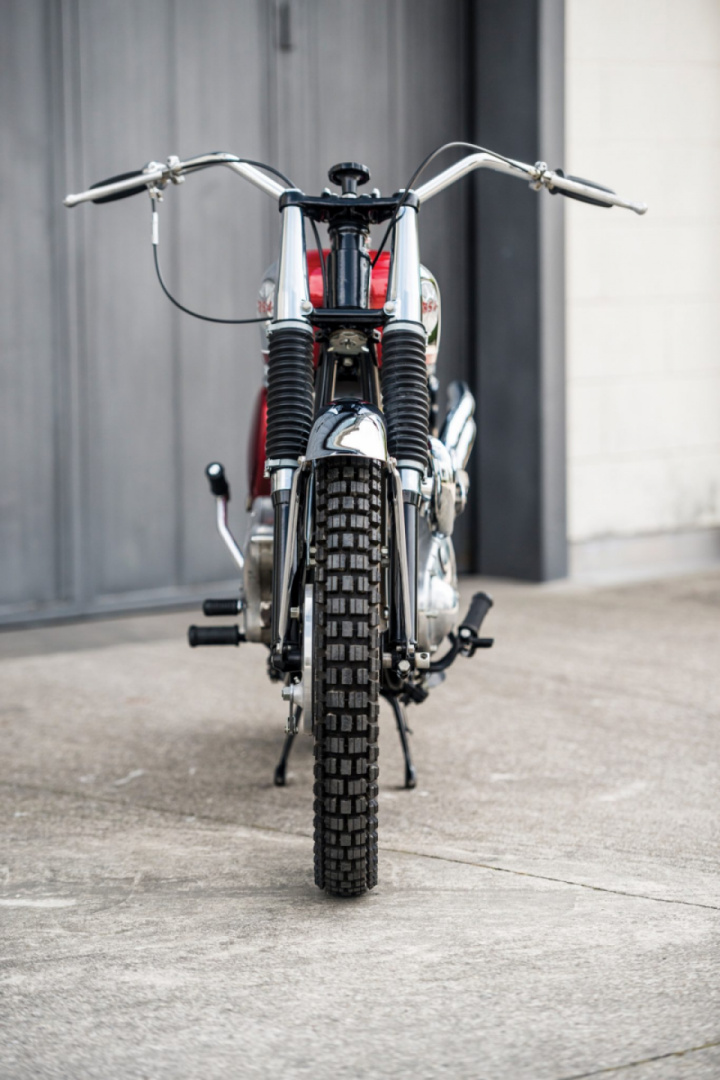 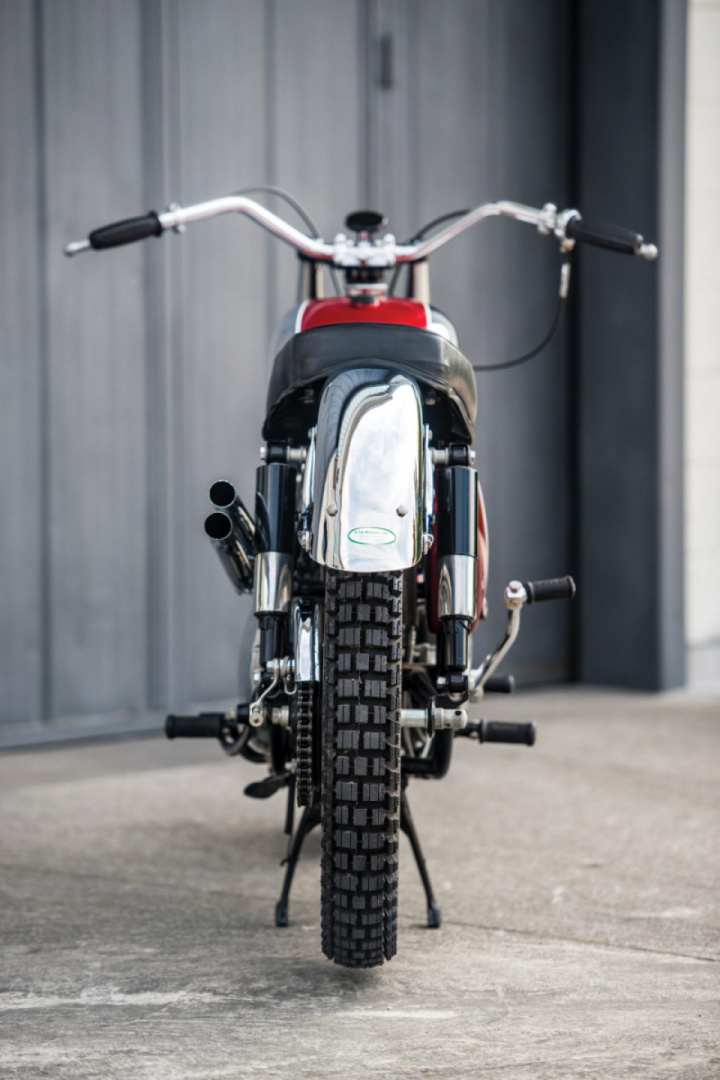 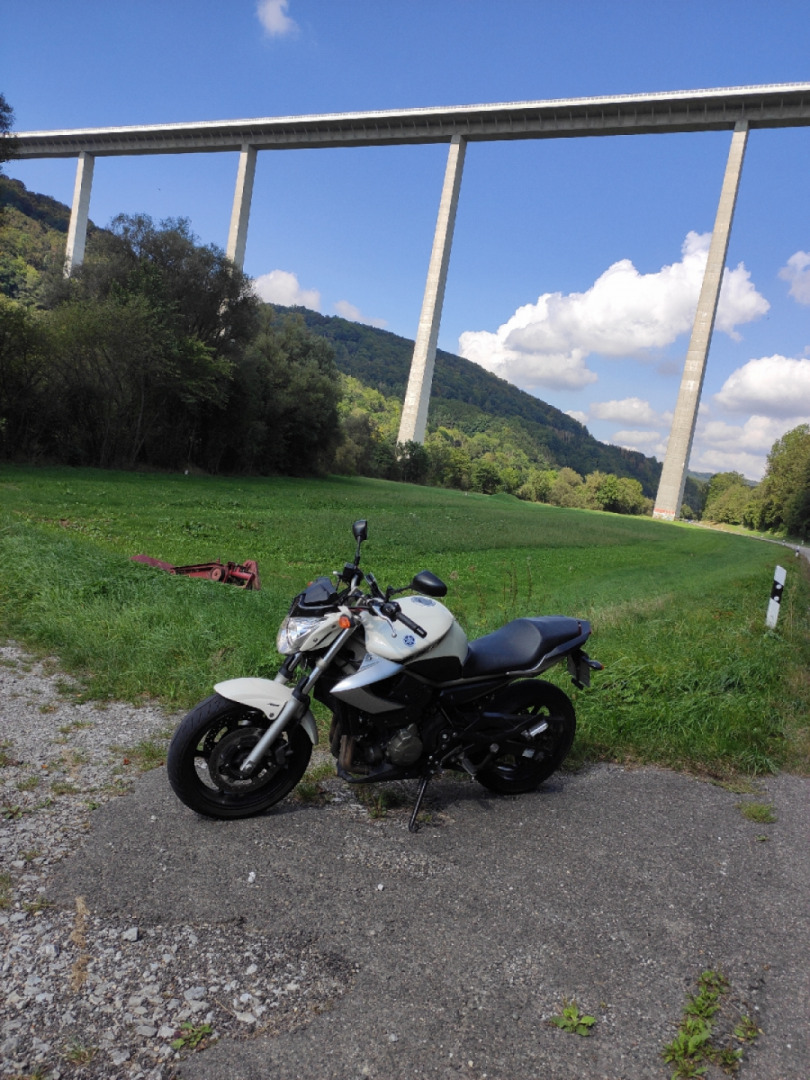 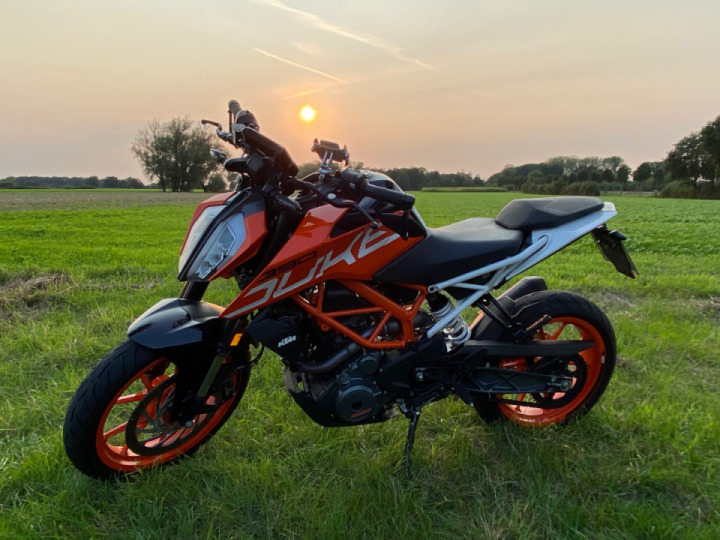 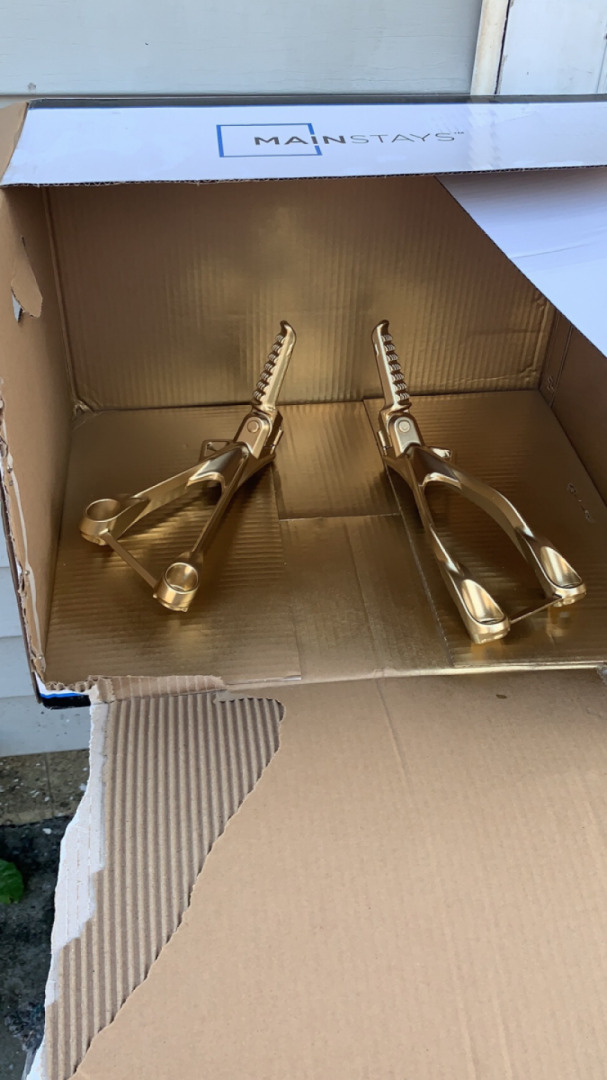 Scallie Parker
Gold Hill
Sunday ride to Shaftesbury via my one of my favourite roads ... which just happens to have Zig Zag hill on it . Makes me smile all the way down and up.. unless a chap on a Indian with a huge back tyre... 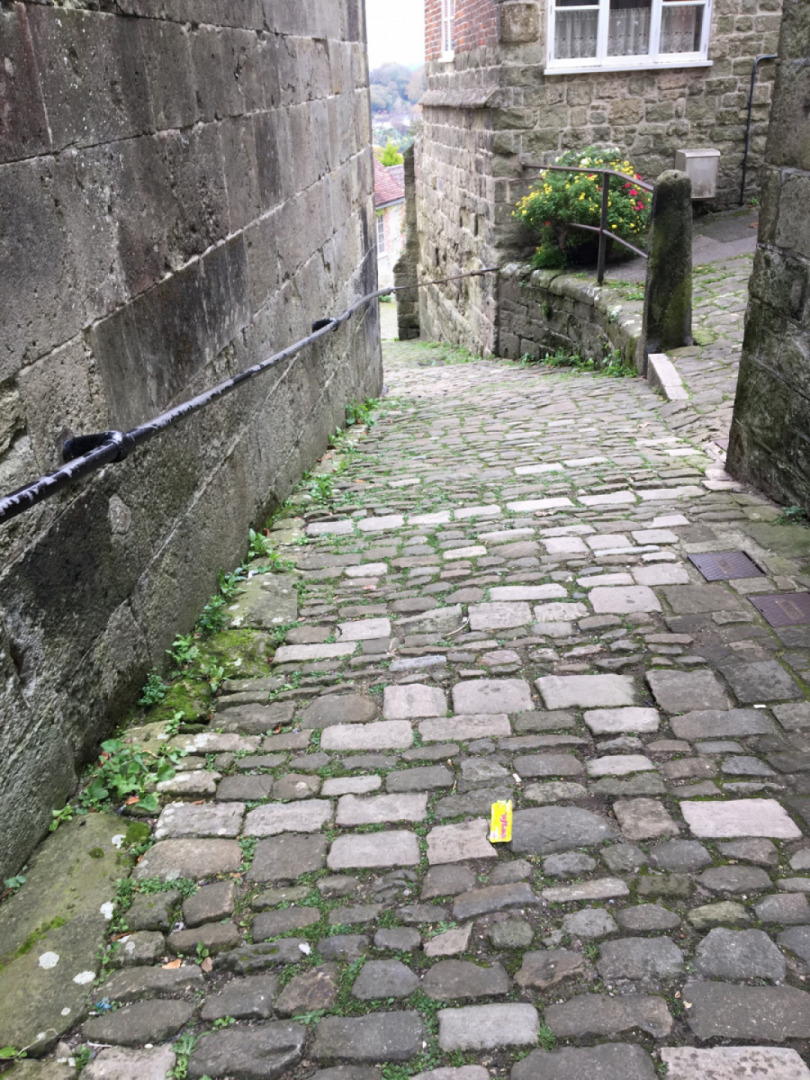 Dee
Started collecting my Hwys...missed quite a few, but that's a great excuse to go back right? 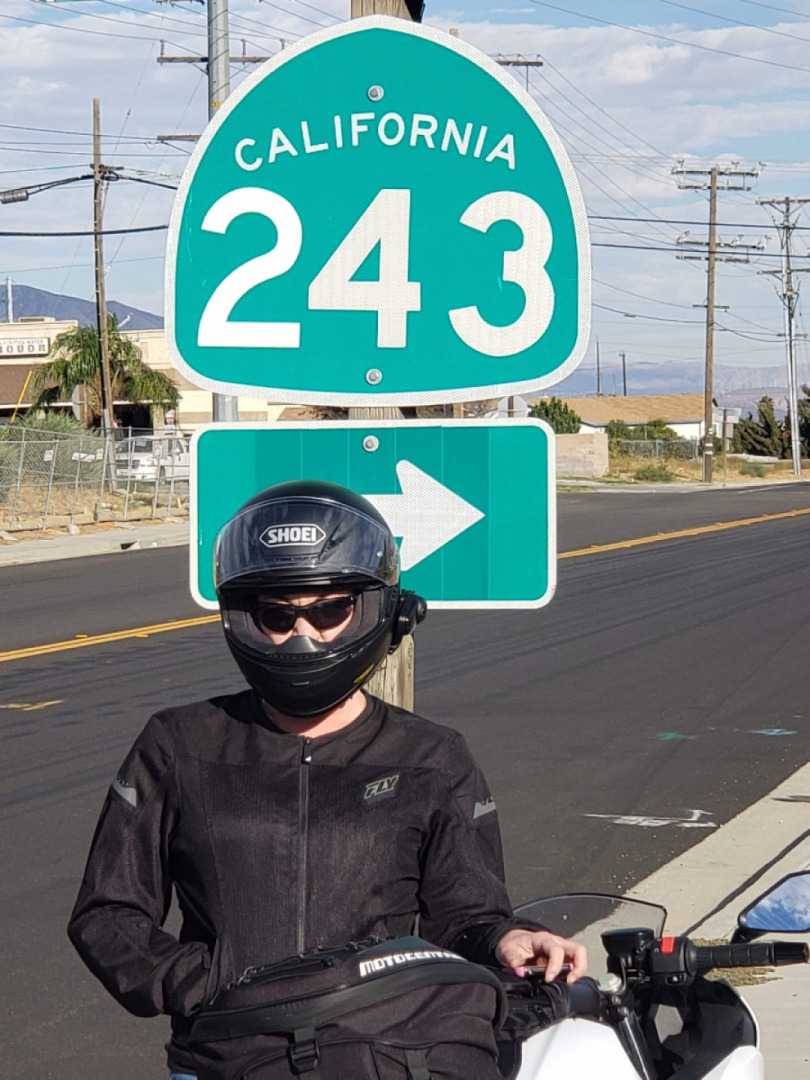 Ali
Rockets
I do occasionally miss my Roadster but the new one is an entirely different animal!... 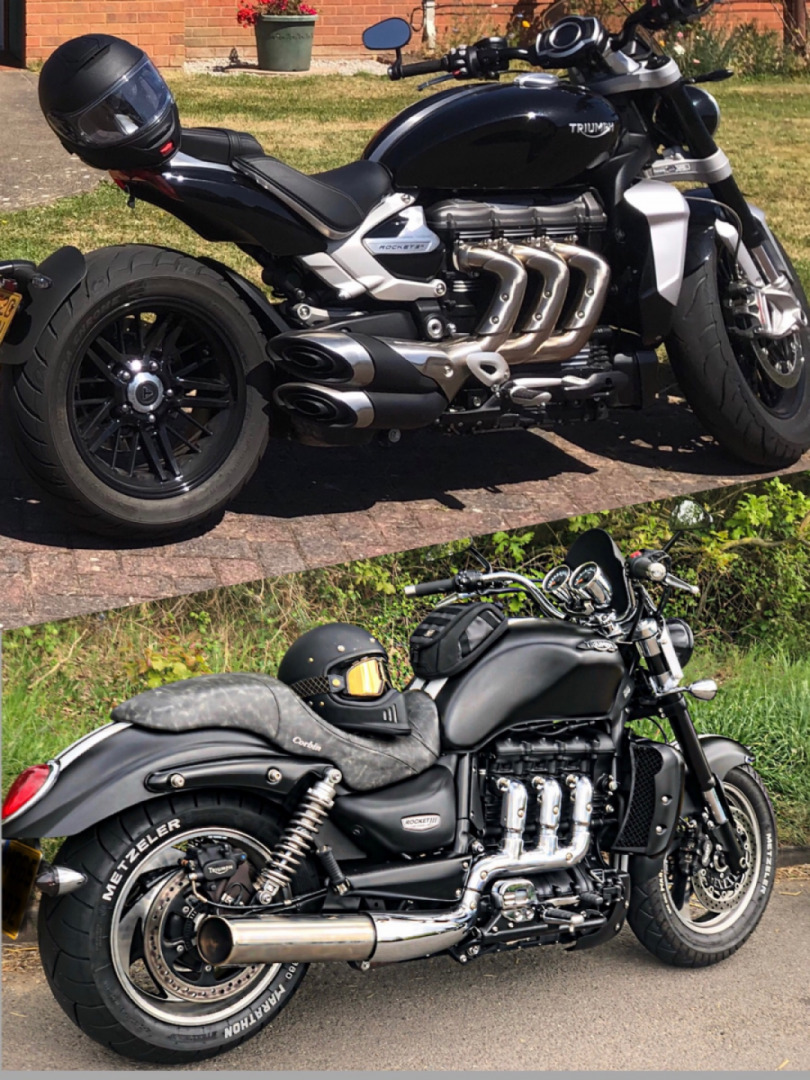 Hanok Siefu
Start your day with some caffeine and gasoline
#custom # tyres #bmw... 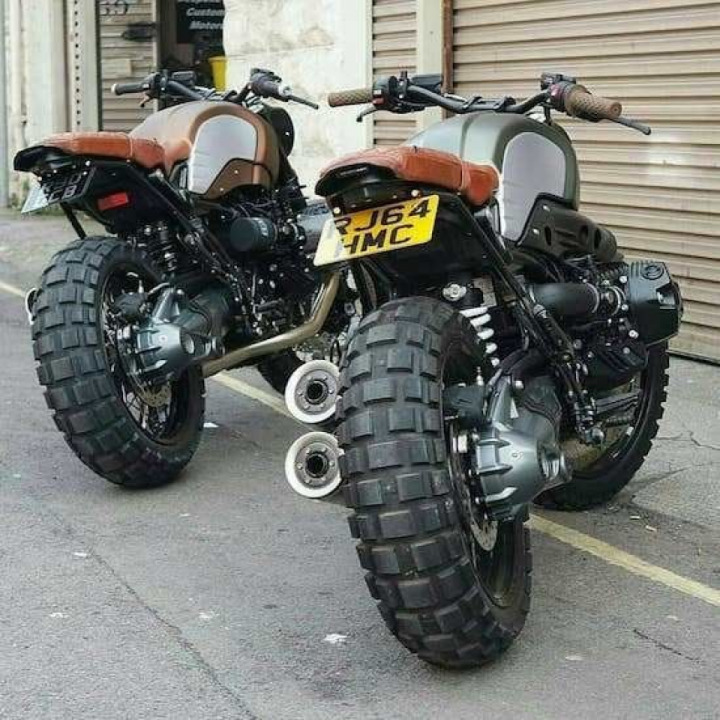 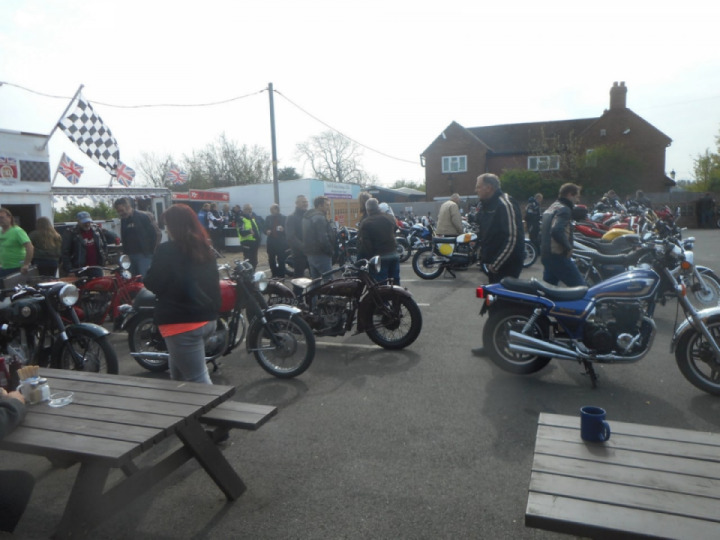 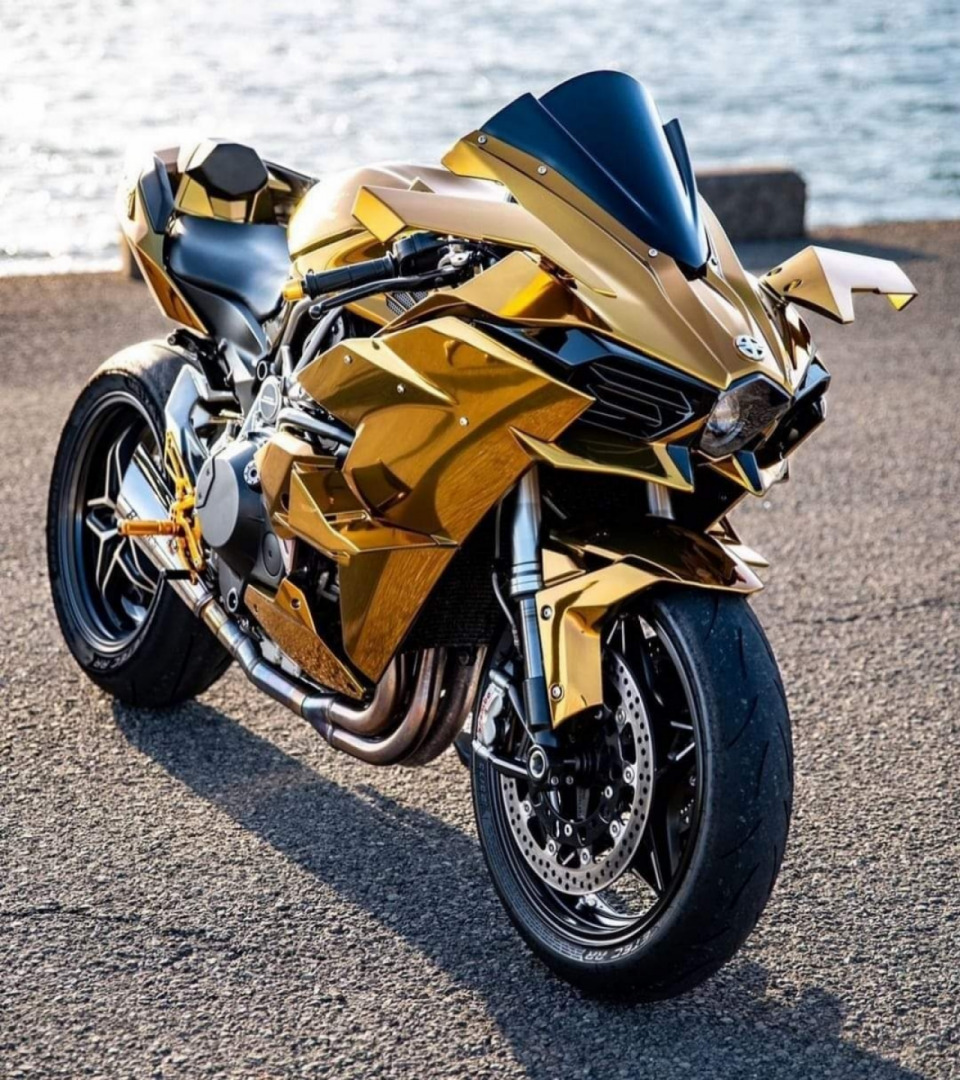 Hillbilly
Starting to roll in 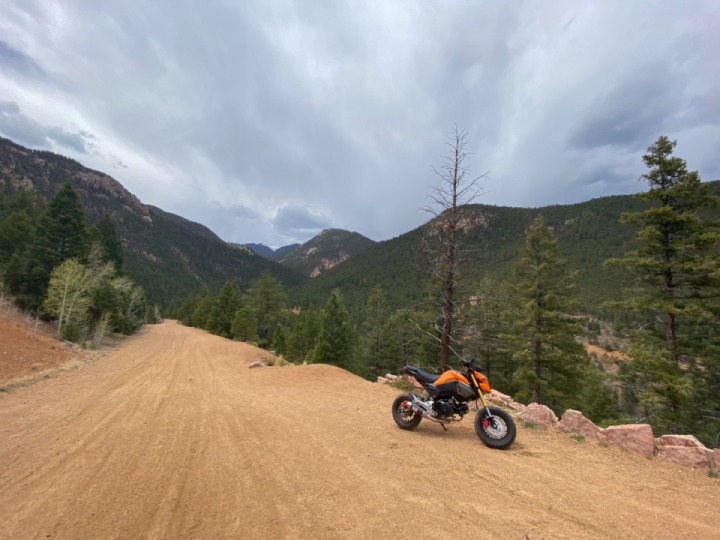 Joe Degiorgio
Start 'em young they say.
She loves riding pillion on the 125cc. She's a natural when it comes to turns and never once did she resist leaning a bit. #ProudDad... 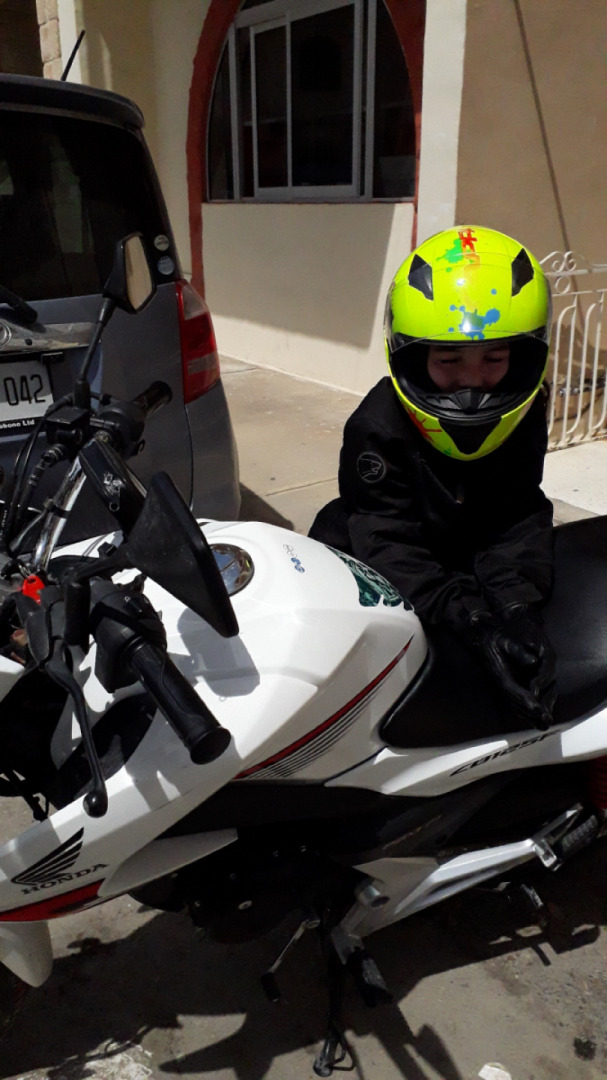 Survivor
Started riding at 16
I first rode at 16 when a girl friend’s father dumped his Honda CB 350 and decided he wasn’t going to ride it. He sold it to me cheap. Over the years i had a few bikes, and even did a period of dirt... 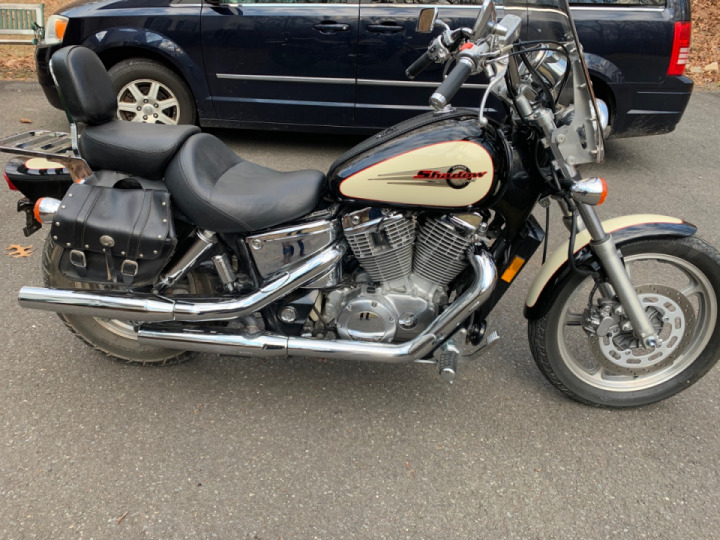 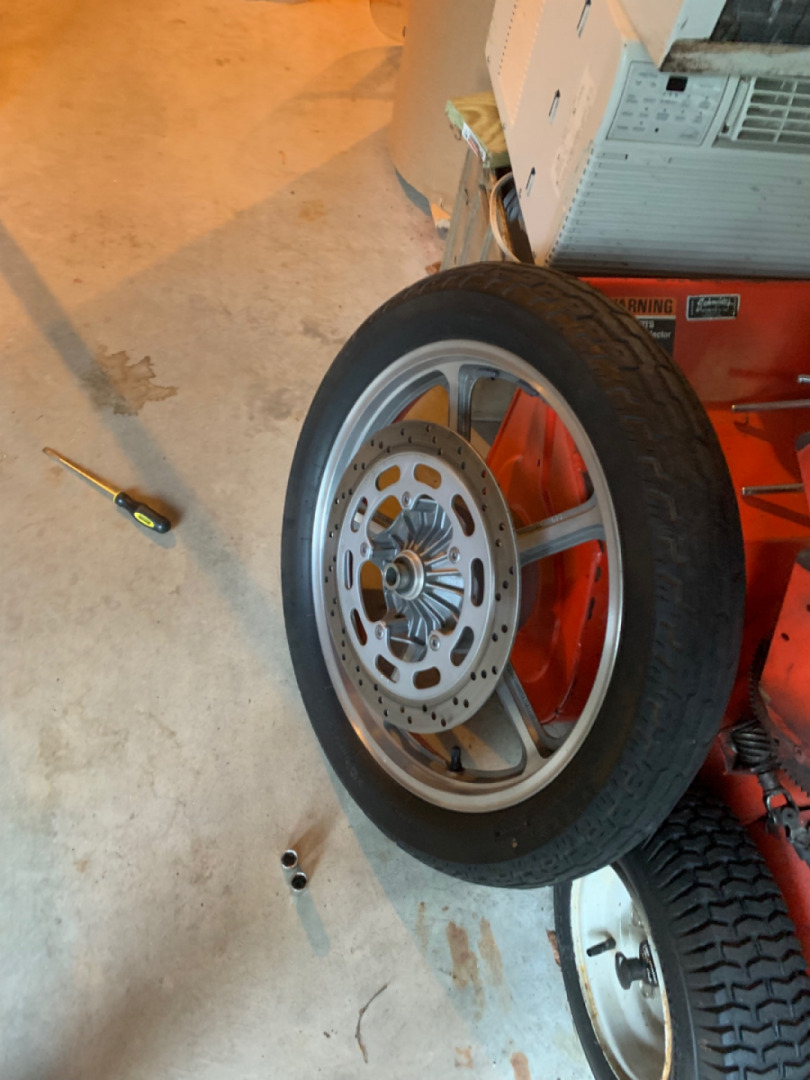 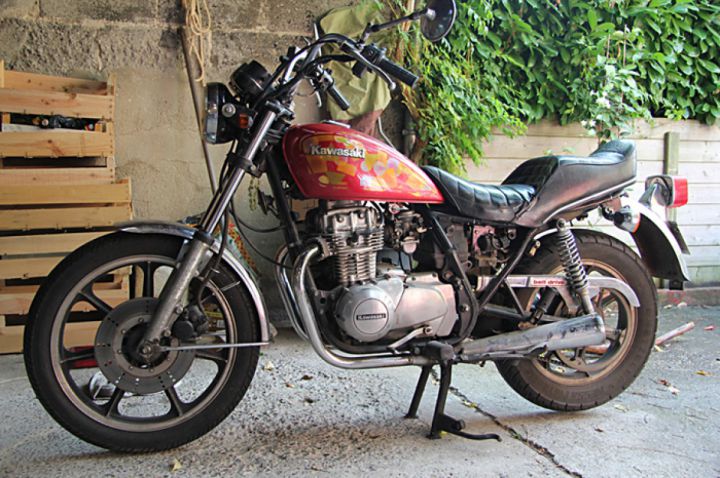 Kawasaki Vulcan S
Starting to make progress.
I think this is going to look nice when I’m done. That big metal piece on the garage floor probably weighs 5 pounds wtf... why would Kawasaki add so much weight instead of having the fender deleted a... 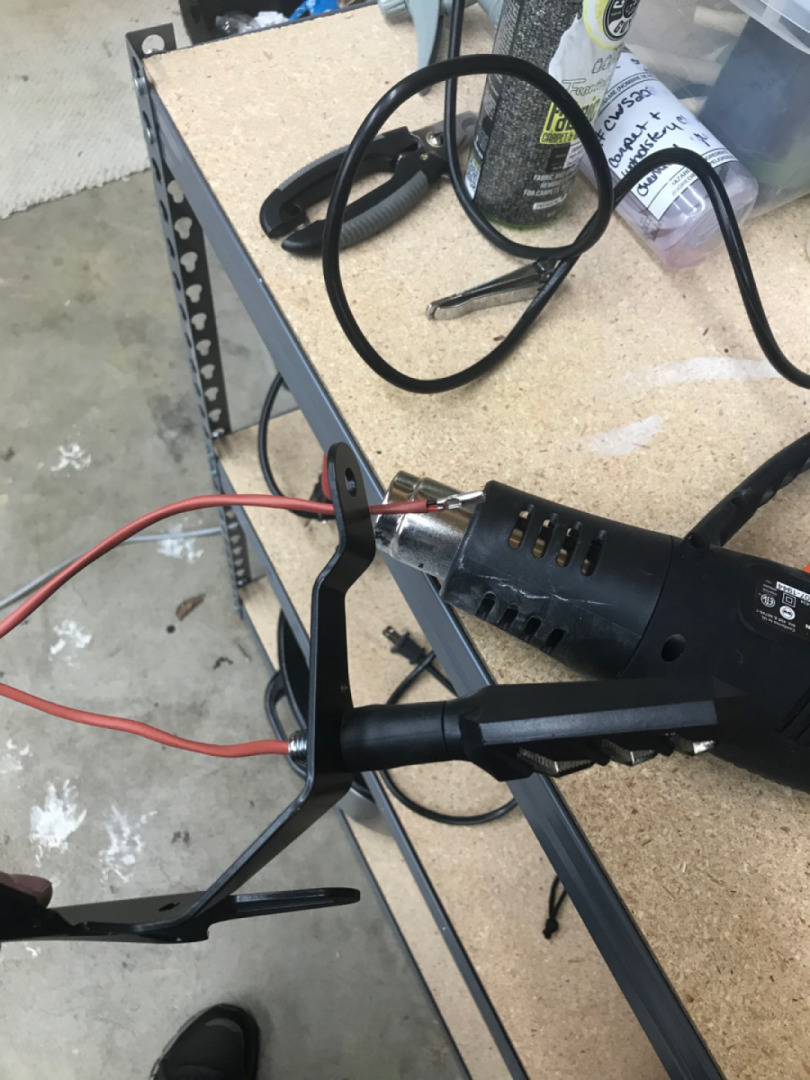 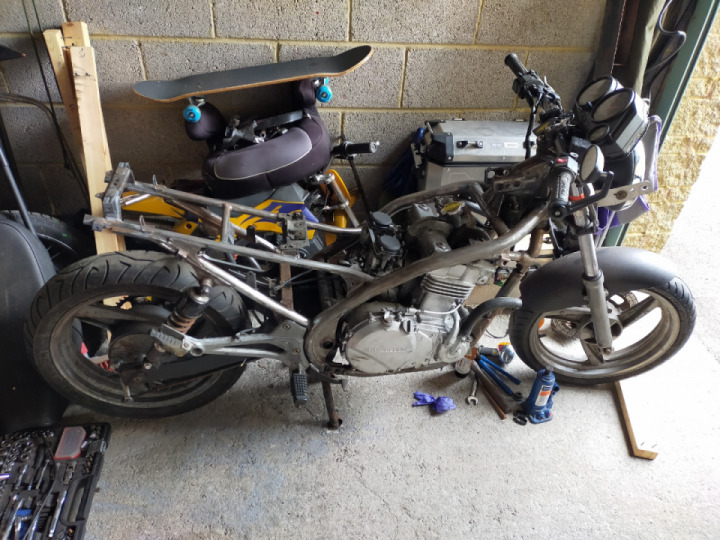