Born from the mind of “a father and his two sons,” this crew only brags to date, on its official website, with eleven custom rides, most of them Hondas and Ducatis, but also a Kawasaki and a Suzuki. 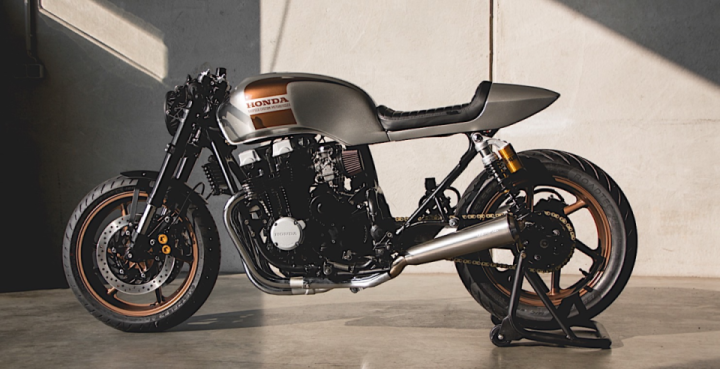 We’ve started looking at Kaspeed’s work a while back, and we’ve already discussed two of the Italian-made two-wheelers that got converted, but now it’s time for something a bit more… Japanese. And that would be something that’s post-remake called SevenFifty.

Born as a CB750 in the Japanese homeland, the bike was converted by the Germans into a café racer boasting hand-crafted parts. It is now described as the “ultimate highway robber,” and we liked that, so that’s the name we adopted for it. 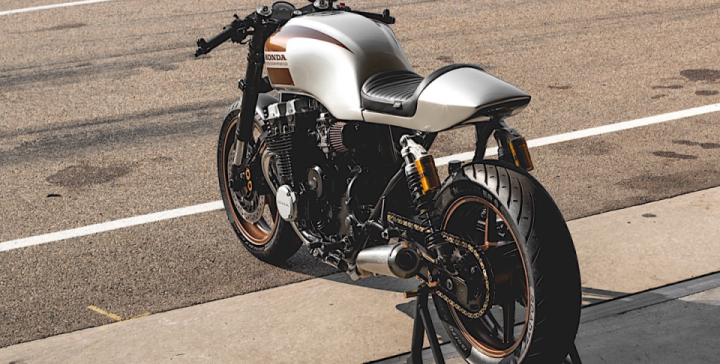 Changes from stock start up front, where Kaspeed fitted a 3-way adjustable upside down fork to support the wheel and a fresh braking system behind it. At the other end, Ohlins shocks are on duty.

In between them, we’re treated to a custom two-tone body, and an in-house made single-seat wrapped in leather. LED lights have been sprinkled all around, and those work perfectly with the stainless steel exhaust system and black-powdered frame.

When it comes to changes made to the bike’s powertrain, we’re not told all that much, except for hints of new air filters, overhauled carburetors, and a retune that brings the power rating above what we’re used to from a standard CB750, at 75 hp. After all work on the bikes was done, the things ended up weighing 198 kg (437 pounds), which is significantly less than stock. 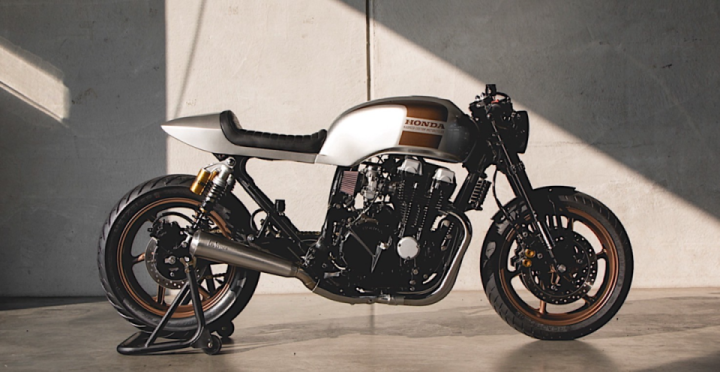 Looking at the gallery above, you'll notice there are several different 750s in there. That's because this is a series we're dealing with, and if it's a particular one you're fond of and would like to know in detail, we'd recommend giving Kaspeed a call.

GSFor
Honda CB750 Cafe racer from TWB Workshop
Another post that I will write on behalf of the workshop TWB Workshop.... 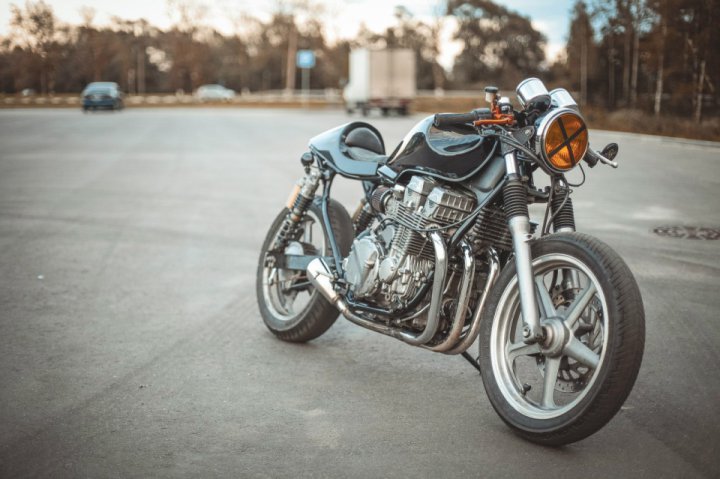 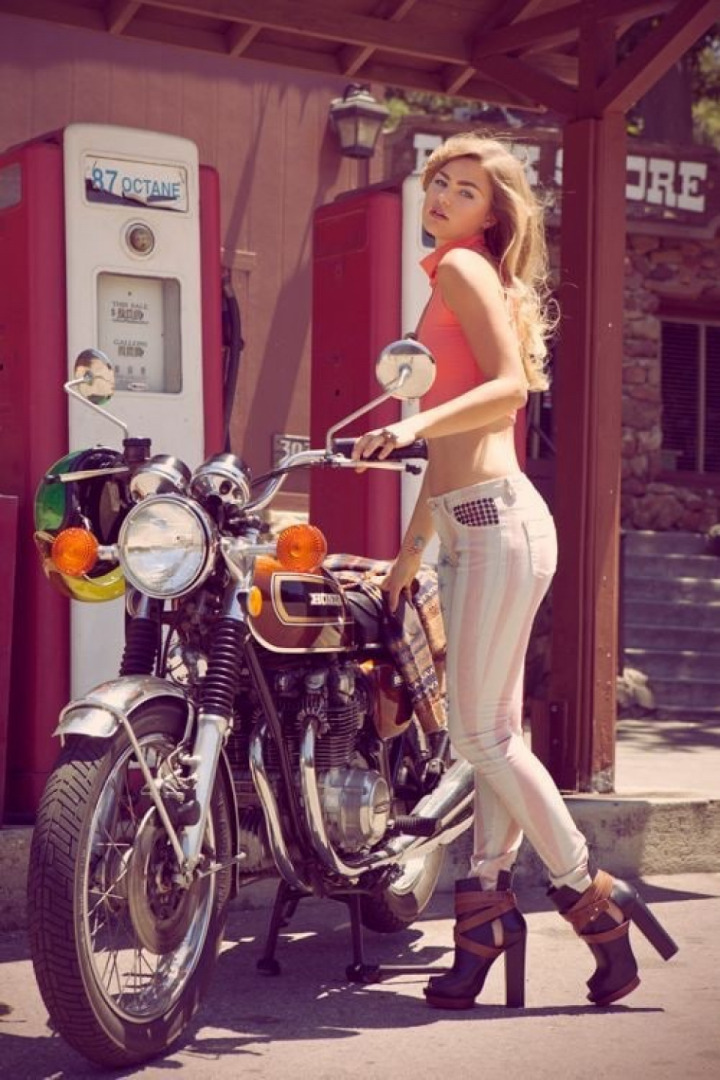 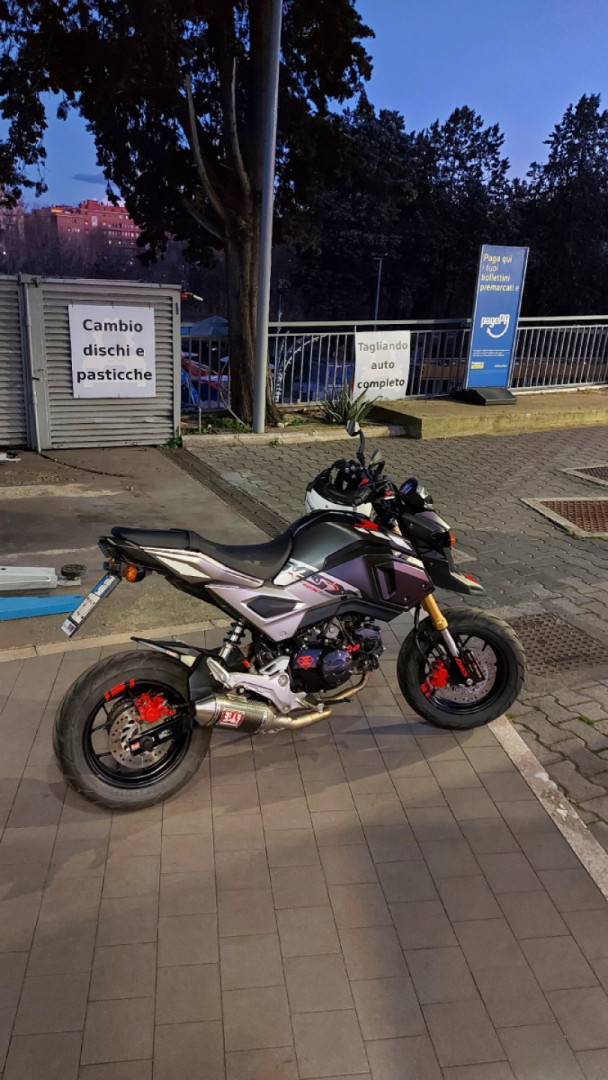 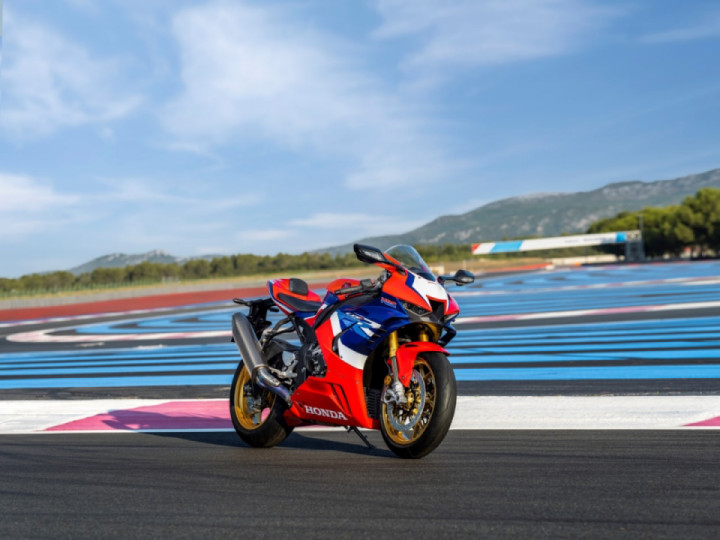 Honda CB 750 - F RC Replica.
Honda CB750F RC Replica.
This project started with my stock Honda CB750F with CB1100RC bodywork and wheels added. The paint was silver, candy blue and candy red. I really wanted an RC but could not afford one so this was my f... 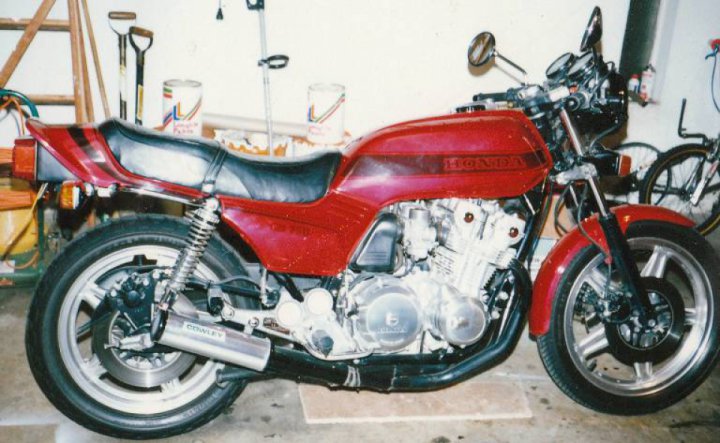 News
Honda CB750 “The Spider” by KrisBiker
Krzysztof Kribbeln is a polish customizer with a very large repertoire of very good customizations. Now he has built a Cafe Racer for the first time.... 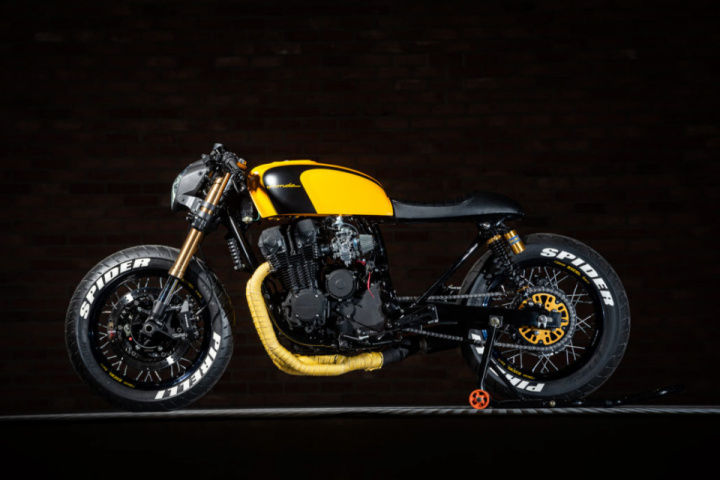 News
Honda XL600V Transalp „Joshua” – Viba
There’s talk that Honda has a new version of its popular Transalp dual-sport in the works. And although it might be wishful thinking, we’re secretly hoping that... 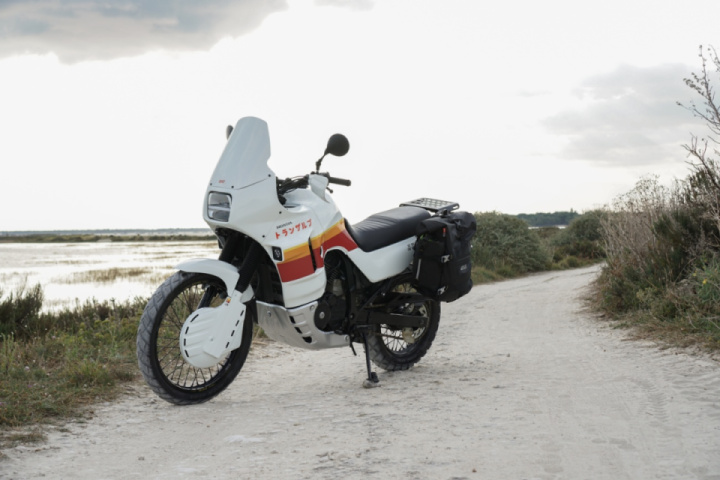 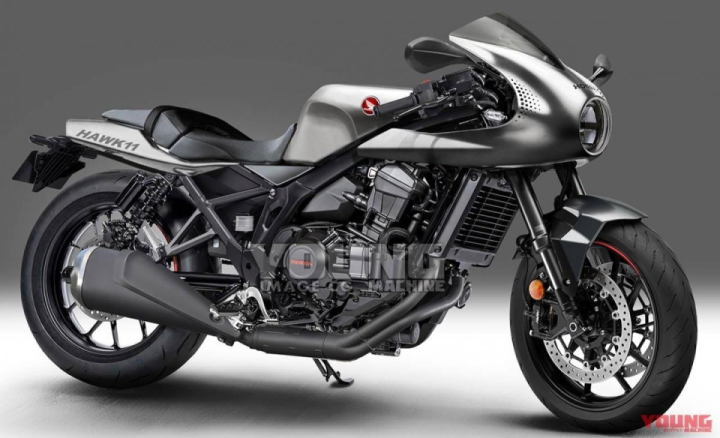 News
Honda Welcomes All Fireblade Owners To Misano World Circuit Marco Simoncelli On April 23
In conjunction with the 30th anniversary of the iconic CBR Fireblade, Honda invites all proud owners of the legendary superbike the opportunity to experience a da... 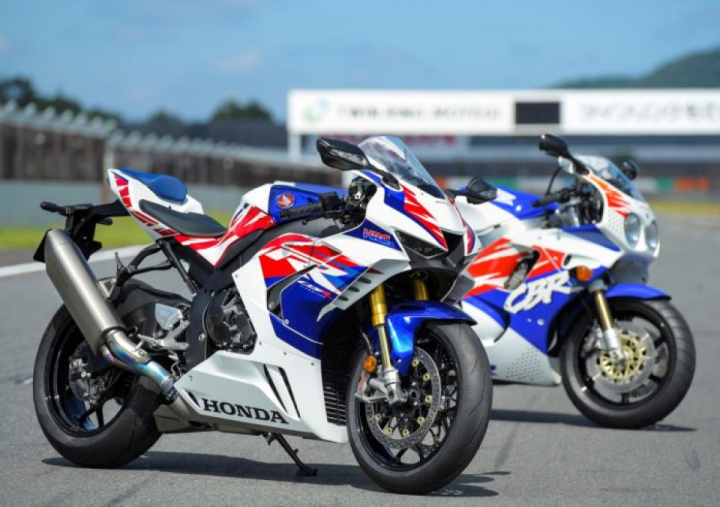 News
Honda NX patents leak online, small displacement variant confirmed
A few days back, we reported that Honda is planning a new NX500, which suggest a possible revival of its “NX” range – 23 years after its NX 650 Dominator was discontinued. Now, renders of a smaller... 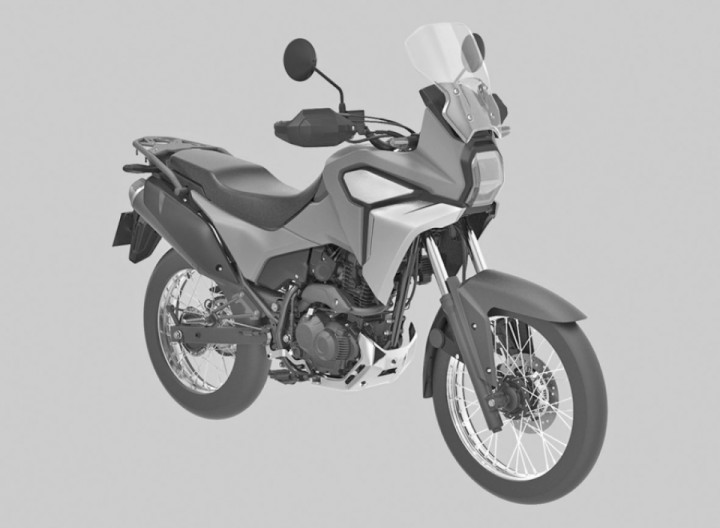 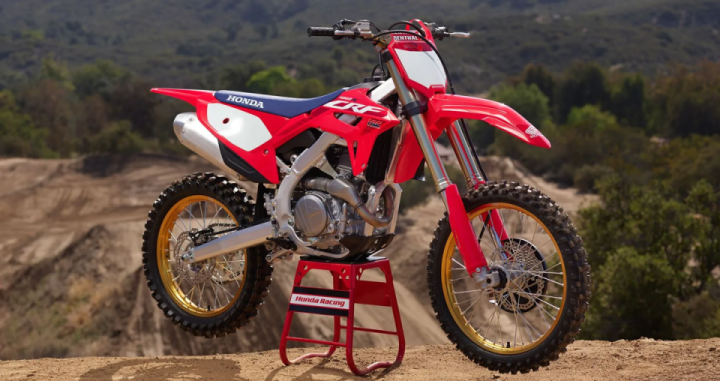 News
Honda Hornet sketch previews an aggressive-looking naked bike
At the 2021 Esposizione Internazionale Ciclo Motociclo e Accessori (EICMA), Honda confirmed that it will be reviving the Hornet name. There’s been a lot of talk about it since, but it’s only now th... 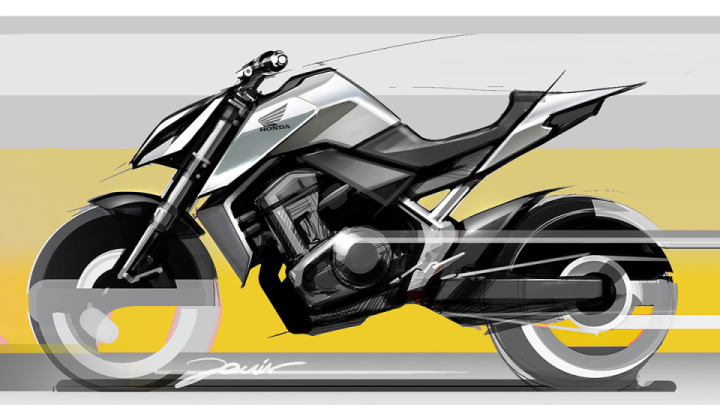 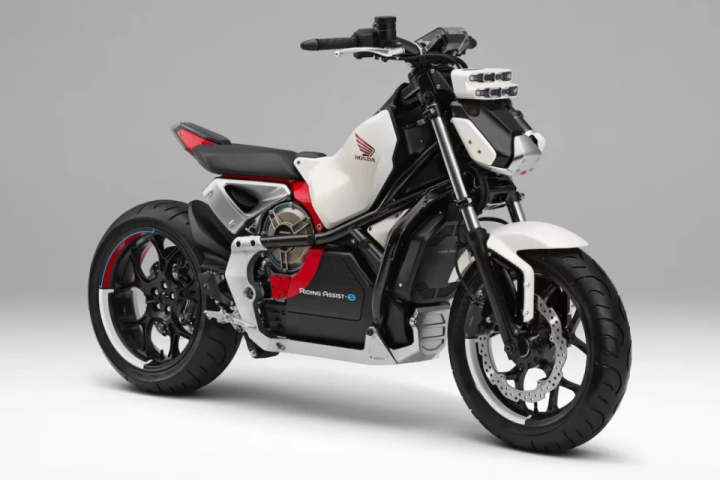 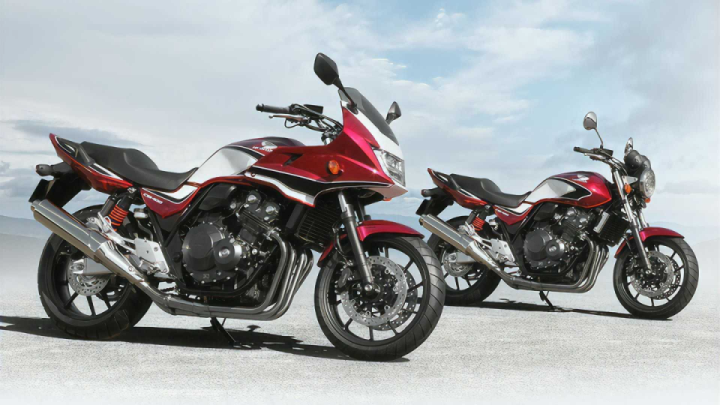