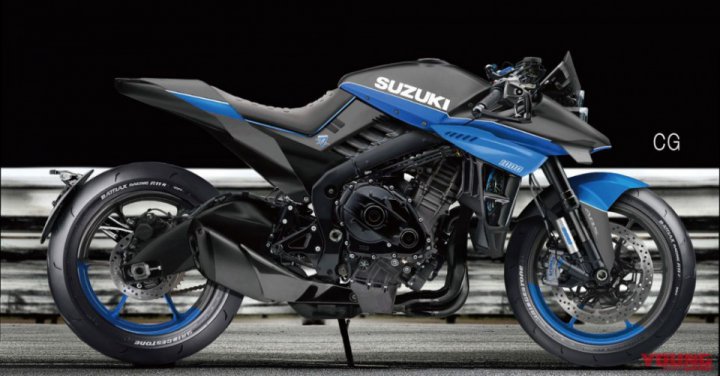 The neoclassic boom is increasingly prosperous as symbolized by & the big hit Z900RS. Meanwhile, the rumor that the former famous & motorcycle = KATANA will resurrect has come into reality. Based on the & new information, it searched for the possibility of “Traditional & Treasure” going out! *Young Machine from the August 2018 Issue (Released & on June 23)

The model that the motif of the former motorcycle name and Z900RS, CB1100, XSR900 plays the requirement one after the other. Among them, the Z900RS which imaged of Z1 became a hit seen rarely in recent years. SUZUKI is keeping silence in this boom. As a rider, SUZUKI’s boastful, famous motorcycle = GSX1100S can’t help expecting the resurrection of KATANA. This magazine has been searching for the revival, but the GSX-S1000 customize motorcycle “KATANA 3.0” exhibited last autumn in Milan show was a big topic. This becomes a priming, as reported in the magazine, June issue, the rumor caught that “It started as a planning proposal in the SUZUKI company”. The revival has become real.

The existence of “trademark” as a further reinforcement became clear. SUZUKI applied the trademark of “KATANA” to Japan, US and Europe from March to April this year. This is an application for the purpose of use of goods, but in the United States it is also applied as a “vehicle” as well. The trademark of the country is not effective if it is not used within 3-years on the basis of the use principle. In other words, there is a possibility that a motorcycle with the name of Katana appears by 2021.

It is the detail of the newborn KATANA that is worrisome, but 2-cases can be assumed for the base motorcycle. First of all, the “KATANA 3.0 route” based on the GSX-S. In fact, from the reliable information sources, the story that “development is ongoing almost in KATANA 3.0” has come into existence. YAMAHA and KAWASAKI have already practiced methods to make Hyper Naked a Neoclassic, and can be said that there is considerable reality. 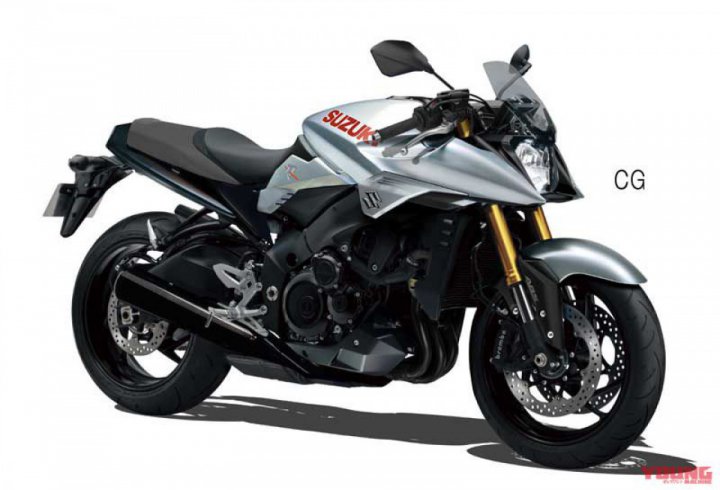 [SUZUKI GSX-S1000 KATANA Expected CG/Expected Price: Under Investigation/Estimated Appearance Period: ’18-’19 Fall/Debut Possibility: 40%] Based on the massive GSX-S1000, it becomes a strong form like Western “Sword” in the West against the old KATANA that imaged Japanese Swords.

SUZUKI filed a trademark registration of “KATANA” all at once in Japan, US and Europe. It was applied on March 12 in Japan, and April 4 in the US and Europe. The usage includes “key chains, commemoration cups, decorative items, watches, clothes”. In addition, the trademark as a vehicle has already been acquired in Japan in 1984 and in Europe in 2015. It was also filed in the United States in February this year. In the United States, it is premised on principle that a trademark should be used within 3-years. What does these movements mean …? 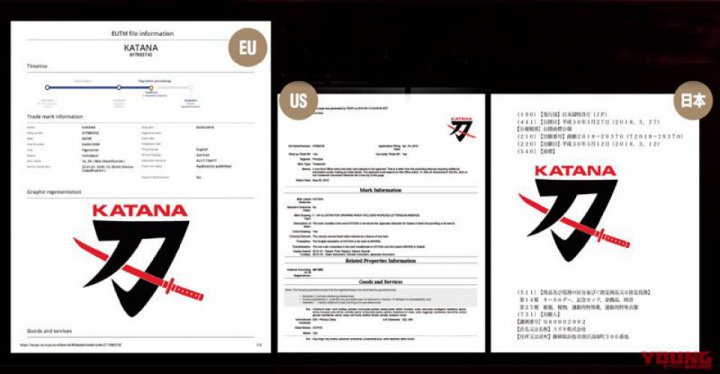 Here is the document of the application. The trademark is the same as the logo, which is attached to the side cover of KATANA, and the type that “KATANA” has no character in Japan and Europe has also been applied. Is it planning to develop goods sales in Japan and the United States and Europe along with the vehicle?!

Does KATANA based on the latest GSX-R comes?

The original KATANA who debuted in 1981 reigned over the rival and ruled as the world’s fastest machine. Therefore, this magazine thinks that the latest, strongest mechanism suits it. In February and June issue, SUZUKI has proposed the fastest Super Sports = boasting current GSX-R1000R to the base motorcycle. This is the case 2.

However, a machine close to this has actually appeared in reality. A racer with a 2016 R1000 engine mounted on a KATANA based iron frame appeared in the festival of grass races held in May = Taste of Tsukuba. It faithfully reproduces the former KATANA, even the exterior and form. The machine made by Team Kagayama who participate in the GSX-R1000 is one of the all Japan Top Team. Based on former SUZUKI Works Yukio Kagayama marked the 58th second on the Tsukuba circuit. It began to strike an amazing time as super sports, while iron flame. The L5-based engine of the predecessor R1000 is left in the factory, and it is said that Kagayama who likes KATANA came up with a taste entry game, since the frame of KATANA was accidentally rolling. However, after the KATANA 3.0, the return of this super KATANA has been increasing.

Anyway, this magazine has two cases and both are welcome. The anticipated arrival time of the magazine is the start of the Euro 5, which marks the 100th anniversary of the SUZUKI ’20 year. Then, it is no wonder that there will be announcements in ‘2018-‘2019…… what will it be? 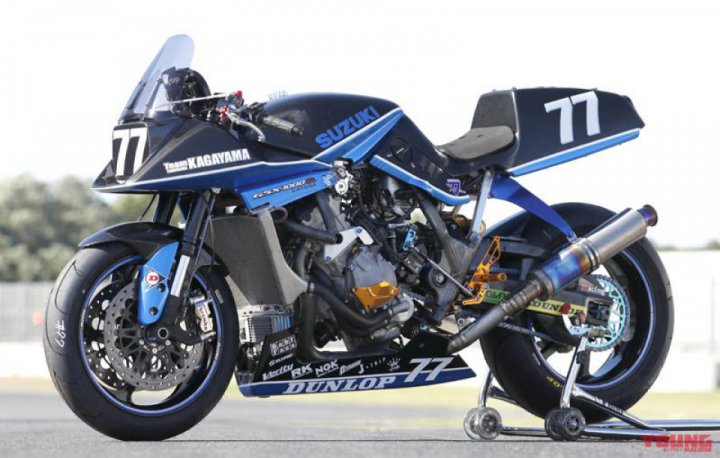 [Team KAGAYAMA KATANA 1000R] In the February issue of this magazine, it & produced the KATANA CG of GSX-R base, but the hands of KAGAYAMA create a & realistic R1000 KATANA. The frame was designed as a diamond type based & on the KATANA at that time, and the pivot part is also designed & exclusively. It is exactly like the new KATANA that this magazine & envisioned.

[Origin] The proposal of KATANA 3.0 burned a SUZUKI?

KATANA 3.0 was exhibited at the Milan show in November last year. Based on the current GSX – S1000, it is a customize machine with a one-off upper cowl, tank and seat. It has a high quality of design and detail, and it is likely to be commercially available, but there is no schedule of mass production. However, it seems that SUZUKI has had a big impact on the company as well, too much for echo. As a result, it is a rumor that “the proposed plan for newborn KATANA has started.” 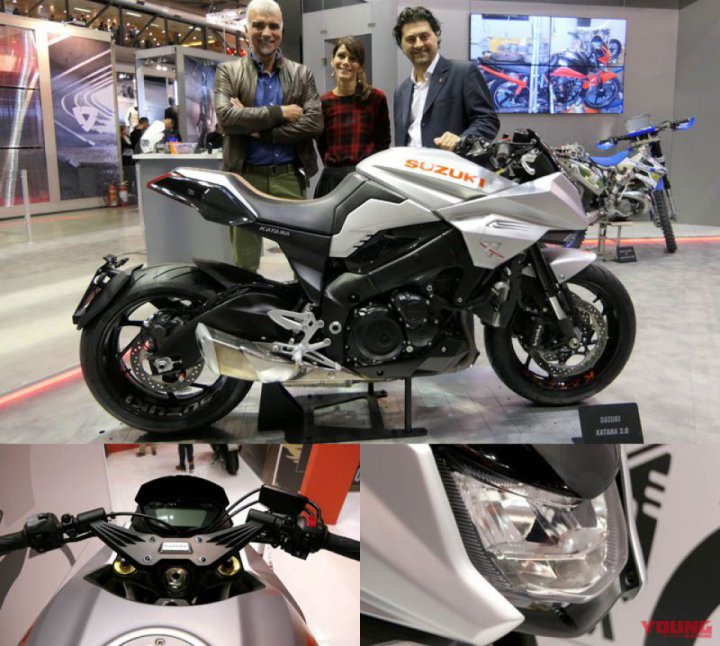 It is planned by 2 Italian bibliographies “Motociclismo”, and responsible for production by Engine’s Engineering from motorcycle design planning to riding prototype. It is not SUZUKI’s exhibition motorcycle, but it was exhibited at the temporary SUZUKI booth and then moved to another booth. 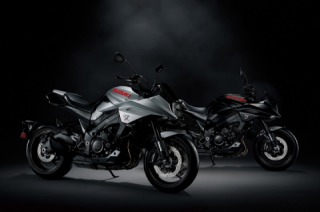 In the UK, 2020 Suzuki Katana Samurai Pack will cost £11,399
898
Last fall, Suzuki Katana motorcycle was shown publicly, and this spring it’s ready to appear on the shores of the United Kingdom.On Wednesday, the Japanese bike builder announced the pricing for the model in the UK, wher... 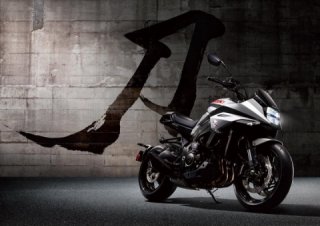 The new Suzuki Katana sportbike
7894
A legend has been reborn. Suzuki has unveiled the all-new Katana at the 2018 International Motorcycle Fair in Cologne, Germany, and it looks just as sharp as its moniker suggests.Inspired by the iconic GSX1100S Katana th... 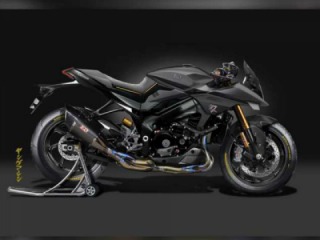 Is Suzuki Working On A More Powerful Katana 1135R
5140
If rumours are to be believed, Suzuki is currently working on a limited-edition Katana called the Katana 1135R. The image that you see here is a digital representation of the upcoming motorcycle. Being a limited edition ... 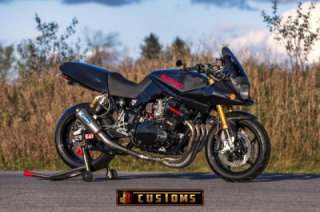