HomeBMW K 1200 S - "Hippo"Moto BlogHow did you choose your bike? My story

How did you choose your bike? My story

I have been riding for a few years now, having gotten my start with an easy to ride and manageable Kawasaki Ninja 650R. That bike served me well, having taken me on numerous trips, daily commutes, and fun rides around the DC area. However, one of the things that it never did all that well is provide pillion accommodations for a long ride. Learning to ride, I had always wanted to have my wife ride with me so that we could share some memories together. Knowing that I would only be able to keep one bike, I began looking at various sport-touring options that would provide more comfortable pillion accommodations but still offer plenty of fun and sport for my solo rides, which would probably still make up the bulk of my riding. Additionally, I wanted something that would be able to mount a fair amount of luggage for longer trips while requiring minimal maintenance between services.

To satisfy these criteria, I began my search looking at mainly larger bikes specifically designed for sport touring and carrying luggage. The bikes were all shaft-driven, longer wheelbase, and weighing anywhere from 450 to 590 lbs. All had lockable luggage options from the factory and could accommodate a top box with minimal modification or additional parts. Ideally, the bikes should also have some cold weather equipment included from the factory, such as heated hand grips or heated seats. Most importantly, the bike should still be fun to ride. The bikes that quickly found their way to the top of my dossier included at least one new bike, the Honda VFR1200 that was being discounted heavily at the time, as well as several used bikes, including the Kawasaki Concours and Yamaha FJR. What did not originally make my original list was the BMW K1200S.

However, in doing some searching on Craigslist, I came across a K1200S that was being sold by a local rider so I decided to head out and take a look. While that test ride was cut short by a sudden rain storm, I knew from the short ride that this bike had just put itself on the top of my list of possible options. While I did not buy that particular bike, I began to keep my eye out for another one that might be available. One day, while visiting a dealership in the area to test ride the BMW F800ST, I was chatting with the salesperson who showed me the bikes in their storage area and stumbled across the tri-color BMW K1200S that had just been traded in on a K1600GTL. Before long, I had scheduled a test ride of the bike and knew I had to have it. Within a couple of weeks, I had traded in my Ninja 650R for my shiny new BMW K1200S.

The tri-color 2007 BMW K1200S was in near showroom condition, having been well-cared for by its previous owner, and loaded with a variety of useful farkles. Within the first few days, I quickly put a few hundred miles on the bike, getting a feel for its power delivery, learning to get used to BMW's rather silly turn signal arrangement, and generally adjusting my riding style to the handling characteristics. Immediately evident was the huge difference in power. With over twice as much horsepower as my previous bike, the BMW provides such a visceral thrill, every twist of the throttle generates arm-straining acceleration. The suspension, which includes the ESA system offers the ability to adjust damping on the fly, allowing me to tailor the suspension to my needs on the fly. Everything about the bike makes it a significantly more capable ride than the Ninja 650R and its performance envelope is much greater than my skill at the moment, allowing me plenty of room to grow.

Not long after purchasing it, I rode the bike 400+ miles during our move from the DC area to the Boston area. The ride itself, was quite easy, if a bit draining due to the long periods on I-95, but the bike performed flawlessly, offering up decent fuel mileage, endless passing power, and excellent wind protection for the long haul. Kitted up with the factory hard saddlebags and a soft tank bag that I had jerry-rigged to serve as a tailbag, I was able to hold everything I needed for the trip and to enjoy the ride.

Within a few weeks of relocating to Boston, I had ordered up the necessary mounting kit from SW-Motech to install a top case with a backrest so that the pillion seat would be even more comfortable for my wife to use. Riding it around in Boston, especially as the weather got colder, I have been extra happy to have the grip heaters that were available as a factory option on the bike. The only flaw, so far, has been a weak battery, which proceeded to give me a hard time last fall and has since been replaced with a new AGM unit that has performed flawlessly. Given that the battery was the one that was originally installed when the bike was first purchased, I would say that it performed admirably.

Whenever the weather allows, I have been looking for excuses to go and ride. The roads around the Boston area have only recently started to be clear of the debris of winter, allowing me to open up the bike more and to lean more into the corners. It has been my constant companion on a variety of trips as I explore New England and will continue to be my steed for the long haul. It truly is so capable that I cannot imagine needing another bike. All the straight line performance of a super sport, the handling of a well set up sport tourer, and the comfort of a tourer with hard luggage capabilities to boot. This is the best of all worlds rolled into a single all-purpose motorcycle.

M.R.U.video
How to kill your bike!
Here is a collection of videos featuring the motorcycles to die for any reason ! Or when riding on the track or in the city, when suddenly the engine starts knocking and falling output! And not withou...
0
0

Saad Hany
How long do you ride and what is your first bike? 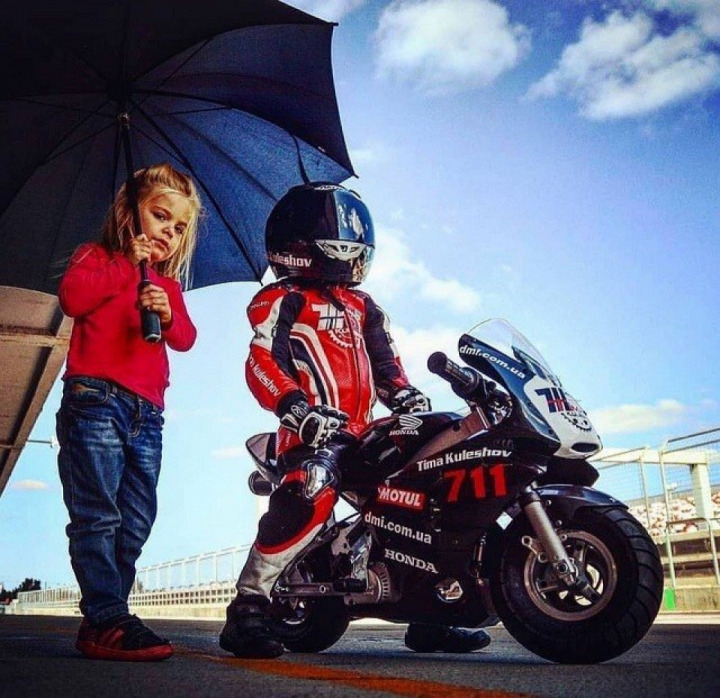 Claudia
Your bike might turn into a furry tail monster... 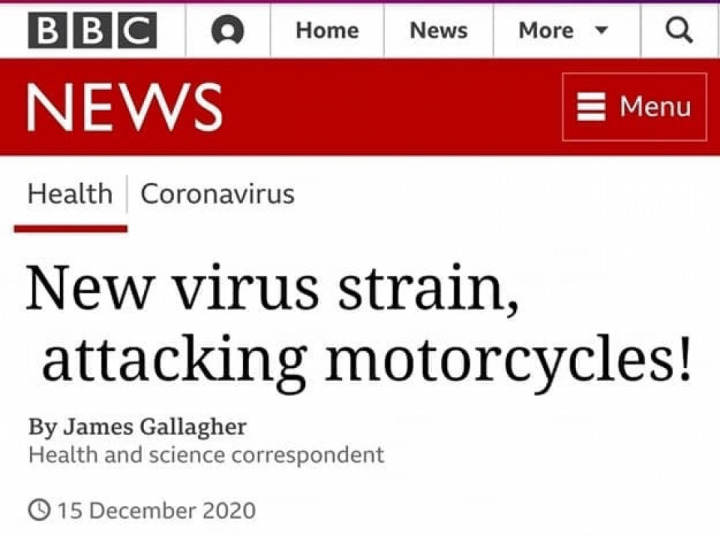 Balint
Follow me for more tips on how to keep your bike warm in winter. 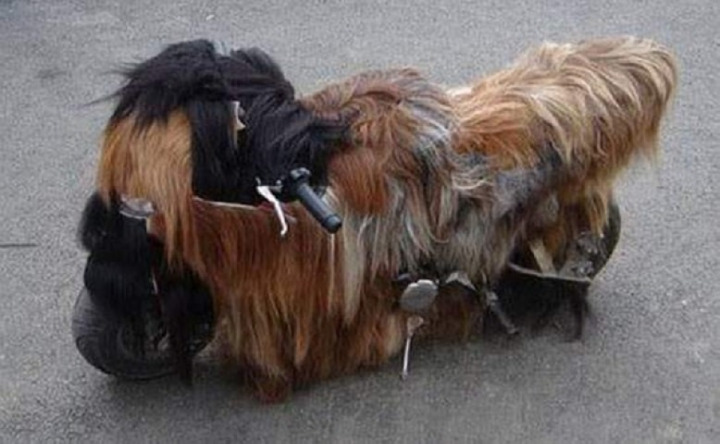 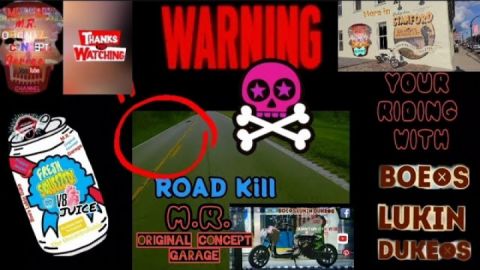 Moto Zed
How do you like your road..?
...with a SUPER TWIST please!! Total Helter-Skelter steep rural mountain route with a jaw-dropping viewpoint! ❤❤❤... 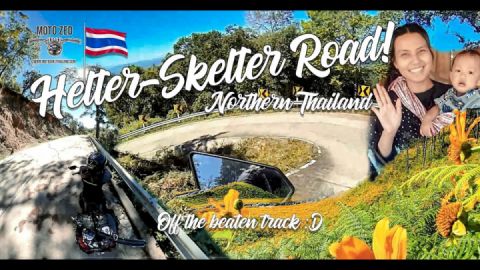 Jacqueline
How do you cover your beast? 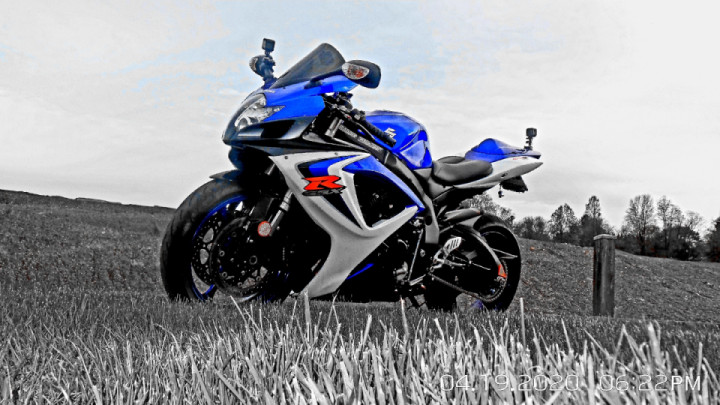 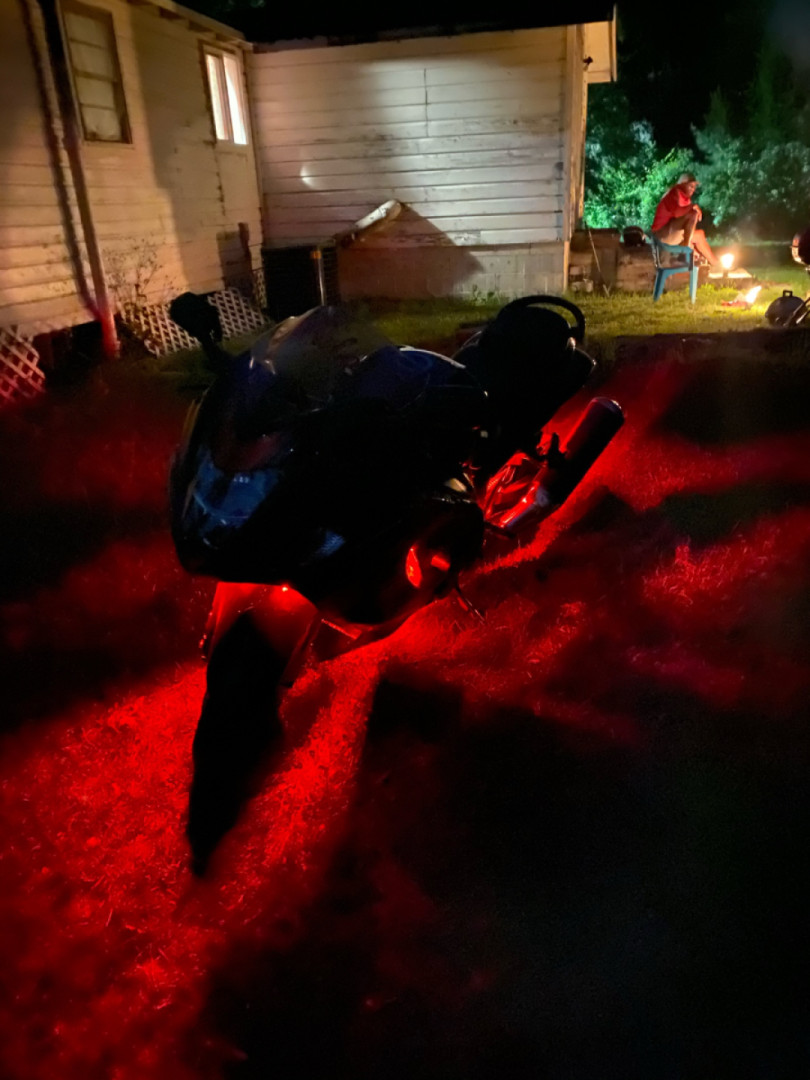 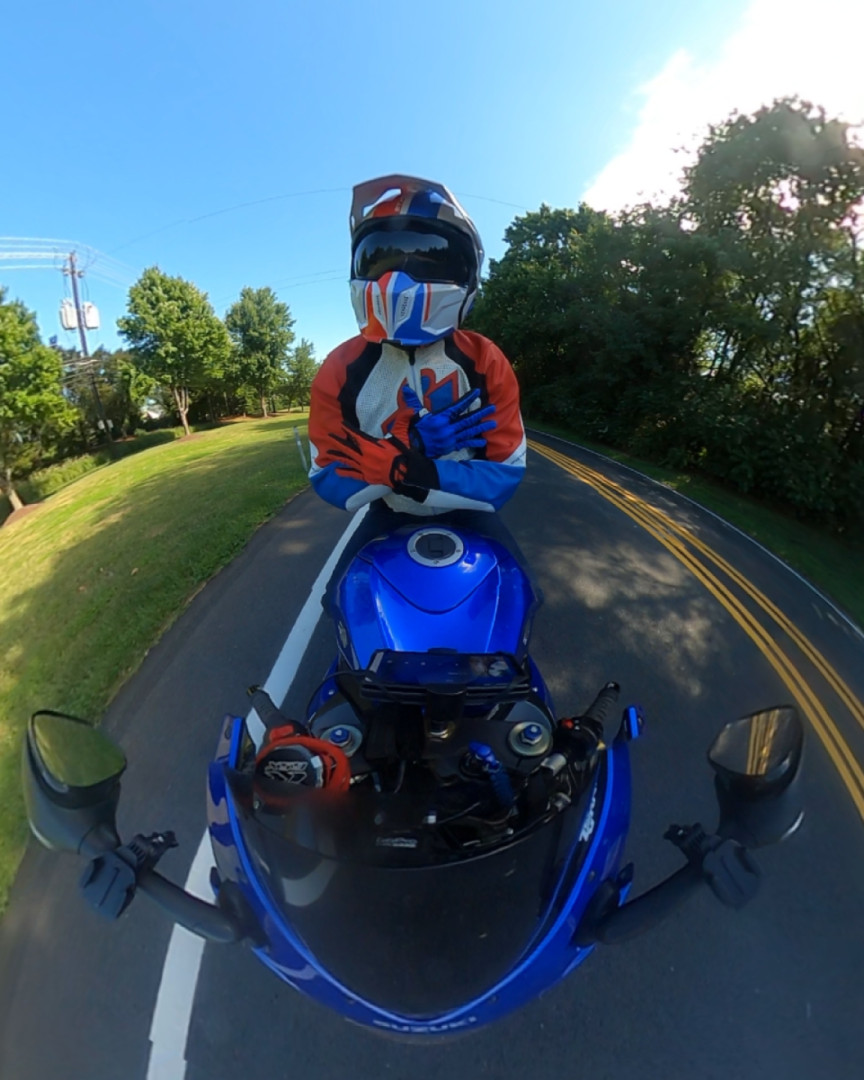 TwinDahood
How’s your summer going so far?
I went to south to rhode island lately. It’s always fun to be near by the ocean.... 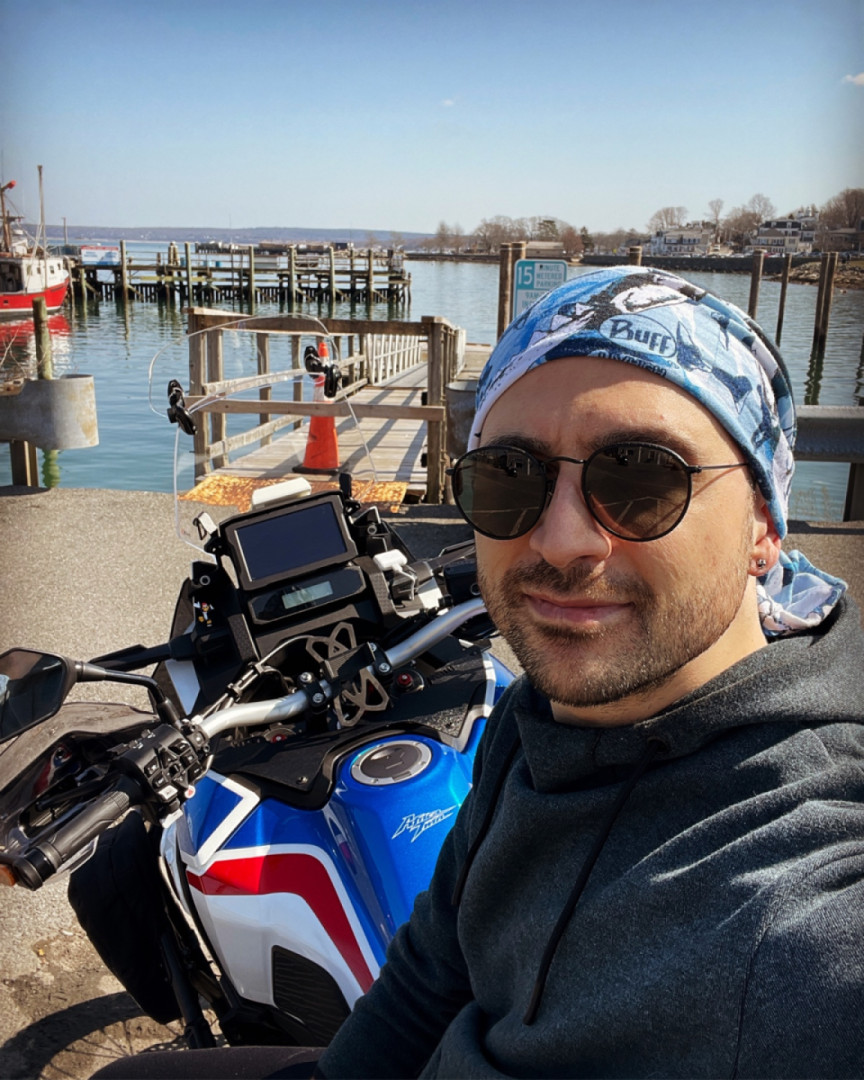 BMW K 1200 S - "Hippo"
How to you guys install modifications or work on your bike without a garage?
So basically today I was working on my bike a bit (just cleaning and installing frame sliders and a USB charger, basic stuff) and my HOA fined me because that’s not allowed. I can’t even wash it....
7
4

Honda NX 650 Dominator - Streettracker
How to build your very own nx650 streettracker. - Donor bike.
After receiving so many enquiries about the building of these bikes i have finally got round to going through step by step on the whole process.... 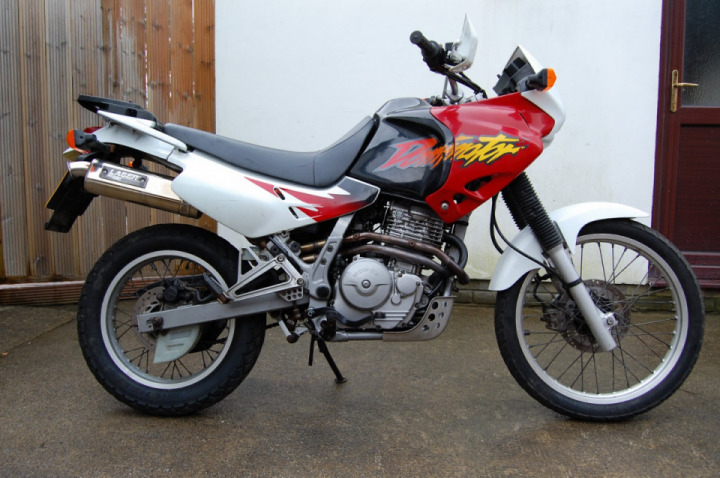 Honda CMX 500 Rebel
How to Take Care of Your Bike's Chain, Part 1
There are many motorcycles with either belt or shaft drive out there, but still, most of the two-wheelers come with a chain final drive and this calls for special care.... 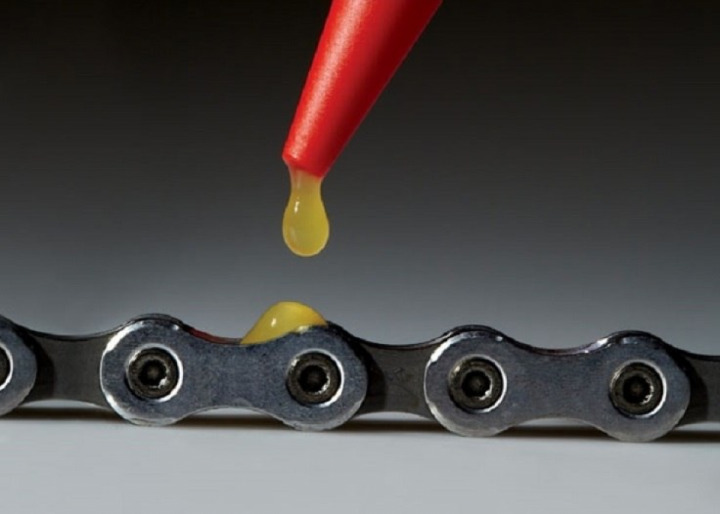 Honda CMX 500 Rebel
How to Take Care of Your Bike's Chain, Part 2
If you don't want to spend big bucks on a new chain kit every season, learning how to take care of your bike is the way. And this is even more important, as basic chain maintenance is a thing pretty m... 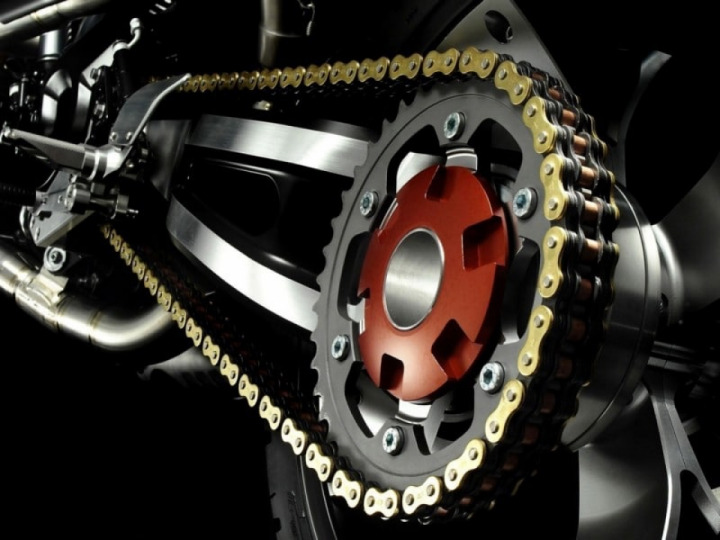 Suzuki GS 500 - BB-002
How to make your own gaskets from copper
Incase you ever need to do it yourself. good for head gaskets... 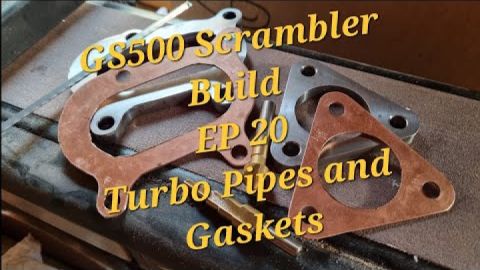 News
How your motorcycle tires are made
Where do your tires come from? From a dealership, duh, but before that, they go through a convoluted chain of importers and distributors and shippers; ultimately, that chain starts at the factory,... 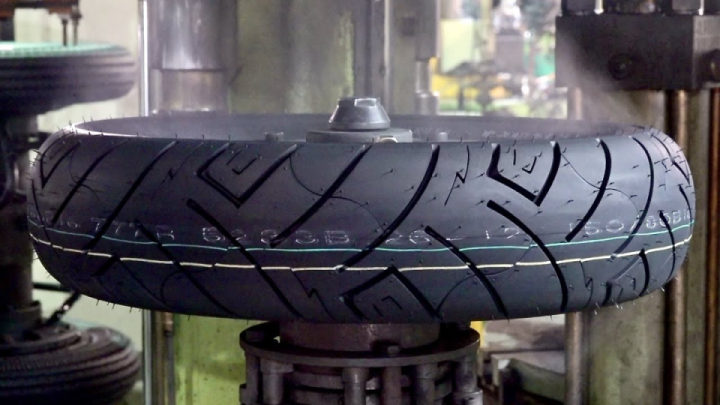