At the moment, the website is only a demo version of the app, so some of the features are missing or unavailable. Install the app to access all features.
HomeNewsCustomSuzuki SV650 Little Bastard custom bike by Krautmotors

There were a lot of custom bikes, presented at «Glemseck 101 2016», a design competition with simple rules: no dragsters, a maximum of 1200cc, factory donors. Suzuki Germany chose to give a SV650 to the one and only Rolf Reick of Krautmotors, and he created “Little Bastard”. 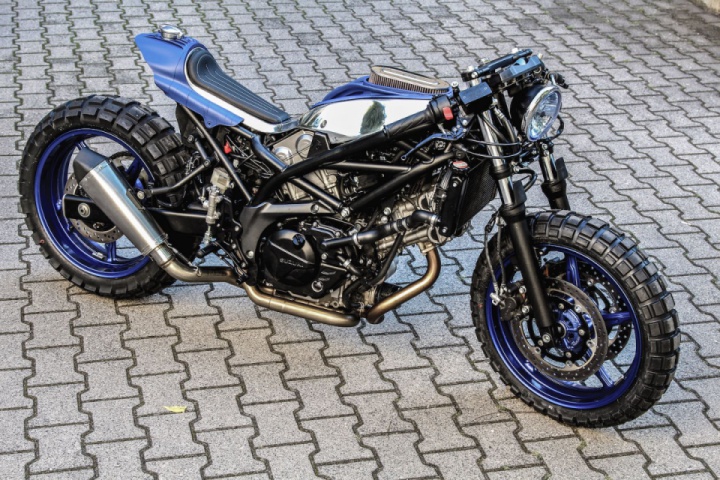 The Suzuki SV650 has been produced since the late ’90s (known in some markets as the Gladius), but it has never been popular with customizers, which is very strange,given the popularity of the Ducati Monster or Kawasaki ER-6.Rolf was wondering the same thing and he did not understand why the V-motor naked was so short of popularity. It took the German customizer three months to show the world his creation. 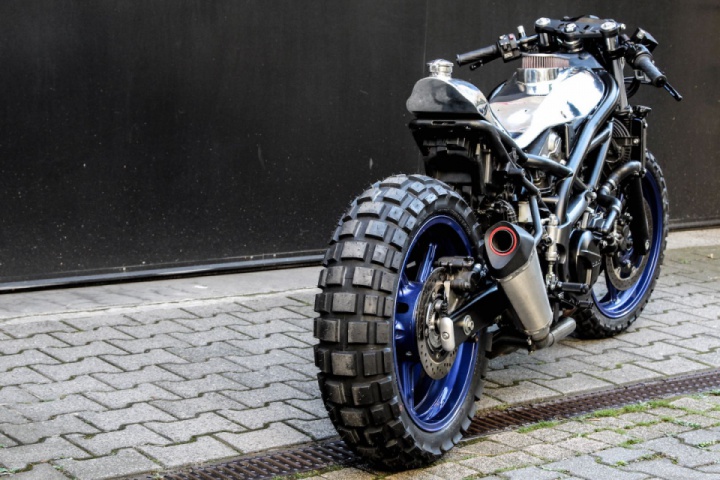 In addition to Rolf’s experienced hands he was joined on the build by the woman who would pilot Little Bastard down the strip, Paniz Adnan, who spends her working hours as the Press Relations Officer for Suzuki Germany.

Rolf decided to make a modular design, so he created several body kit options with different configurations, but the same mount. 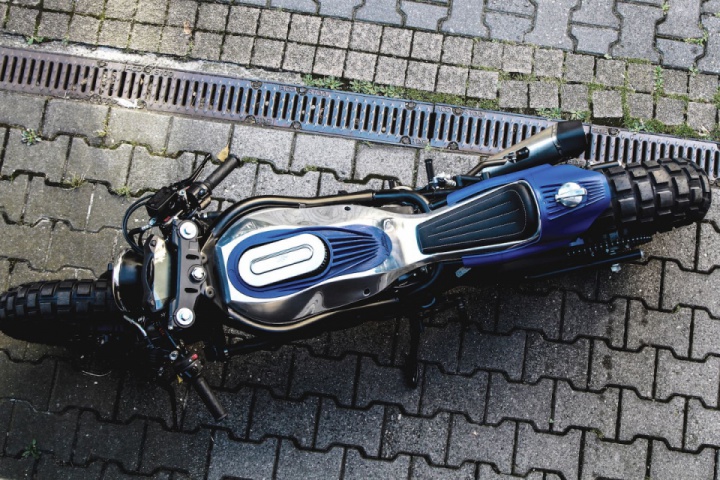 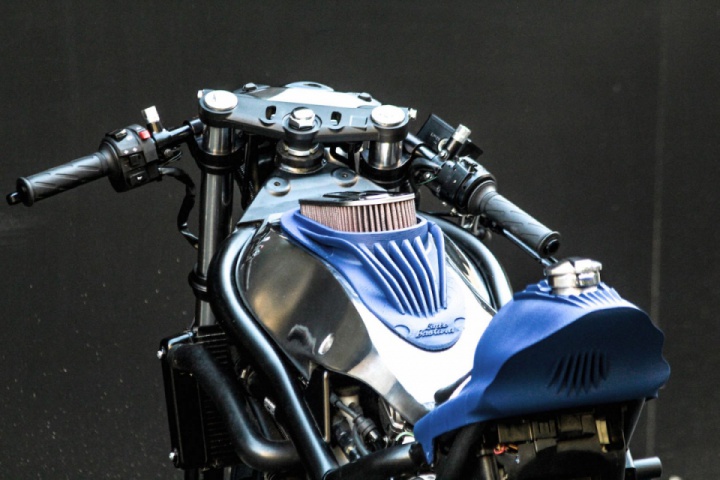 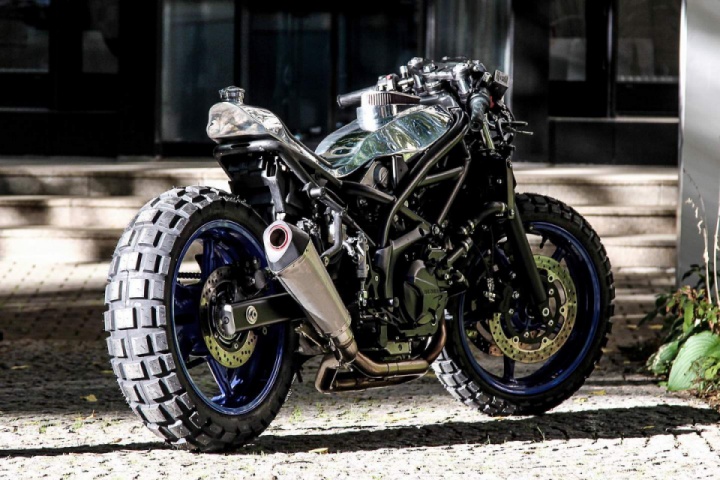